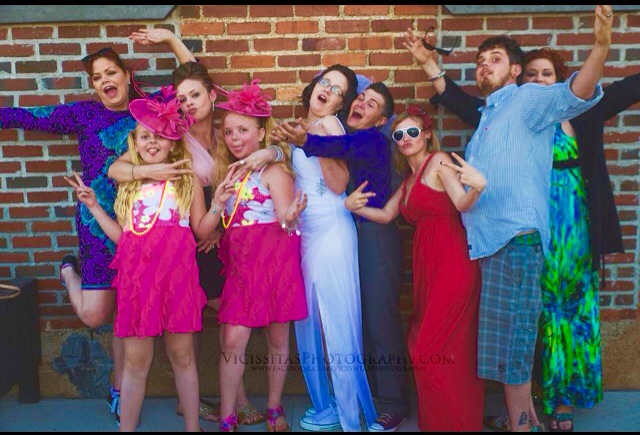 Occasionally, Although Not Often, I Get A Few Laughs Myself Ya All…

After a very busy weekend of 5 events, I was shocked into hilarity when Cindy Daniel advised Ann Alexander, Robert and Stephanie Hafele and myself that our translator (my niece) Stephaney Mahaney had accidentally “mooned” the Groom and a car full of groomsmen at an event this weekend when Texas storms roared through the area while wearing a full skirt knee length dress!

Too embarrassed after this incident to enter the venue for fear of being recognized as the thong wearing girl in the parking lot- Stephaney “sat out” the entire event in one of our 3 SUVs.

I don’t believe Cindy has laughed so hard since the “Burleson Incident” which had us stuck in the mud during last years May storm while trying to find a short cut that had us so lost we had to call for help to get to the venue.

You never know what’s going to happen to set off a “giggle bug” around here but, a few weeks ago while filming our pilot with the fantastic PP (Pawning Planners) team in Granbury, David Diaz had to switch vehicles with me to drive the moving truck. This wouldn’t ordinarily be hilarious but, for a perfectionist I’ve effectively “thrown in the towel” regarding keeping my vehicle spotless years ago! You see, I went from a fancy two seated import into a family SUV for initially, The Little Pawners and later, my business. The “silver bullet” often has the stereo full blast on the 70s classic rock station along with beef jerky wrappers, McDonalds happy meals everywhere and whatever else “fell in the cracks.” Cindy and I were talking to our camera guys and saying I wonder if the duct tape holding the rear seat pocket on “fazed him?”

A few short minutes later, I asked Cindy if the caravan of SUVs carrying the crew had all passed since I couldn’t see behind me on the winding country roads in a box truck. Well, she didn’t look “too hard” because I ran three of the SUVs right off the road pulling out- I am now inclined to believe that both David Diaz and Nick Lee are afraid to get anywhere near me when operating a vehicle after nearly rear ending them right in front of my house while changing my radio station. Sorry guys!

The tiny twins often have their own comedic relief and while filming at Wortham World, Cindy told Maryssa to keep a “lookout” while hitting the snack trays I had set out for the crew when Makenna (my little mini me) strolled in for strawberries and cheese. Cindy looked at Maryssa while grabbing the sweetbreads and said “humph- we are going for the good stuff not the salad bar!”

Walking Foxy Wortham can be an escalade all on it’s own since “moving to the city.” This otherwise fun living foodaholic dog turns into Cujo every time we leave Wortham World for a leisurely stroll. My dual personality dog keeps those Little Pawners laughing.

At one event during a sand ceremony, the door that had been carefully placed on two barrels at a rustic venue slid towards me along with all the sand and forced the couple and I to carefully “group” the various colors and try to get them back into the vessels while our patient guests waited. You wouldn’t think this would be funny but, as luck would have it, we had two of the funnest folks on the planet who were game for a good time after the DJ couldn’t find the music to. “Here Comes The Sun” so, I started singing it myself for the Bride to enter and the guests (probably realizing my singing sucked) jumped right in with me!

Yes, yes, I know all of my dear and loyal readers who follow all three blogs are thinking “but Wendy you are always so damn serious!” Yes, I usually am but hey, when you are with the Texas Twins Team- you can bet one of these folks are going to either see something funny or, have it happen to them while you’re watching!

Virginia Malone and Stephaney Mahaney waited for the rest of the crew to join them outside a beautiful wedding venue in West Fort Worth and, the groomsmen got an eye full parking their car but, Cindy is still laughing about how in the world bending over to unload the SUV could have found Stephanie with her dress completely over her head at the exact moment those groomsmen pulled up.

Life is ironic like that- just when you are “all stressed out” something hilarious and unpredictable happens to remind you that “we are all in this together” kid. 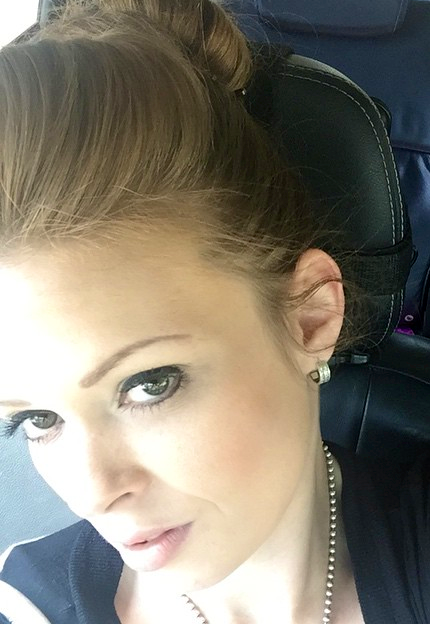 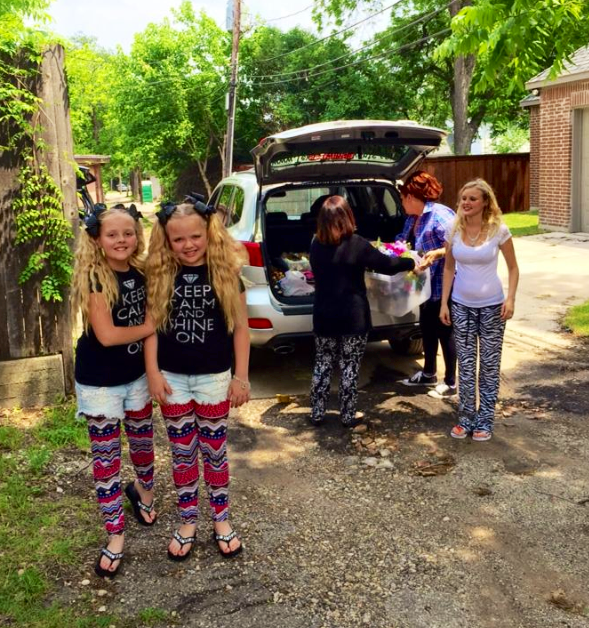 Wendy Wortham and Cindy Daniel are Excited About our Latest Little Pawner!

Public Notice: If I Am Subpoenaed During Your Divorce and/or Child Custody Proceeding…