I offer holiday services that incur additional fees for a very specific reason. The reason is that I have a family and a team of professionals that enjoy being home with our families like everyone else. By saying this I’m hoping that you can understand that all vendors up charge when meeting a request that goes outside standard operating hours and involves “juggling” schedules to accommodate your needs.

The Eastern Orthodox religion generally encompasses people from Mediterranean and Eastern groups, including Greek, Russian, Lebanese, and Romanians. While the traditions and heritage resemble those of the Roman Catholic and Episcopal faiths, the Eastern Orthodox leaders are the patriarchs rather than the popes. The traditional wedding service is firmly rooted in Byzantine ritual and is quite long.

In Ancient Greece and Rome, the Bride was always taken to her wedding and new home with torches. In Rome one of these torches was made white thorns, which was believed to keep away evil influences. Fire was regarded as a legitimate witness to a marriage in Greece. A wedding without the presence of a torch fire was not considered fully sanctified. The function of the torches was both elemental and spiritual. It was believed that the darkness harbored evil spirits. Torches split the darkness and made demons recede, thereby purifying the air and surrounding space. Torches were used even in daytime processionals. In Ancient Greece, women cleansed themselves before a wedding by bathing in a river or a fountain holy to the goddess of wedlock. Even in modern Greece, water is part of the ceremony: hands and feet are washed to insure purity.

A wedding normally takes place during the morning hours, preferable following the morning liturgy. The Bride and Groom fast prior to the ceremony. Weddings cannot be scheduled during the Lenten season; the Advent and Epiphany seasons (November 28th-January 6th); the Fasting season preceding both the Feast of Saints Peter and Paul (in June) and the Feast of Dormition (in August); and special one day fast periods.

Preferably on the wedding day, the Bride and Groom approach the confessional and partake of the Sacrament of Penance and then Holy Communion in order to cleanse themselves of all son and come pure before the marriage altar. Orthodox Church members must receive communion on the Sunday before the marriage ceremony.

Now, it is well known that I honor and respect numerous beliefs, faiths and traditions by offering Interfaith unions to ensure that when families of BOTH the Bride and the Groom are respected during a wedding ceremony.

Due to questions regarding Wedding Crowns, I will address them in this blog as they exhort both husband and wife to unconditional love and support of one another.

The Crowns may be a wreath of flowers or actual crown with velvet and jewels. The crowns have several rich symbolisms, they express the creation of a new household, a “kingdom” which they are charged to rule wisely and with full responsibility to each other and to God. The crowning is a sign of victory, just as athletes are crowned in ancient times at their triumphs. In this instance, the Bride and Groom are crowned on account of their growth as Christians, prepared for the responsibilities of a Christian Marriage. The crown also represents martyrdom, sacrifice and steadfast devotion. In marriage, the couple must deny themselves and take up the cross as they relate to their spouses in building up the marriage, and commit themselves as responsible parents to their children.

Hera is the wife and one of three sisters of Zeus in the Olympian pantheon of Greek mythology and religion. Her chief function was as the goddess of women and marriage. Her counterpart in the religion of Ancient Rome was Juno. The cow, the lion and the peacock were considered scared to her. Hera’s mother is Rhea and her father Cronus. Portrayed as majestic and solemn, often enthroned, and crowned with the pools (a cylindrical crown worn by several of the Great Goddesses), Hera may bear a pomegranate in her hand, emblem of fertile blood and death as a substitute for the narcotic capsule of the opium poppy. Scholar of Greek mythology Walter Burkett writes in Greek Religion, “Nevertheless, there are memories of an earlier aniconic representation, as a pillar in Argos and as a plank in Samos.”

If you need assistance planning an interfaith union or ceremony , please contact me through either site and I shall be happy to address your questions on planning and preparing for a union that blends both religious backgrounds while honoring varying faiths.

Fees associated with holiday events or, after hours correspondence are listed on both websites and you can find my sister site at www.texastwinsevents.com have a Blessed Easter. 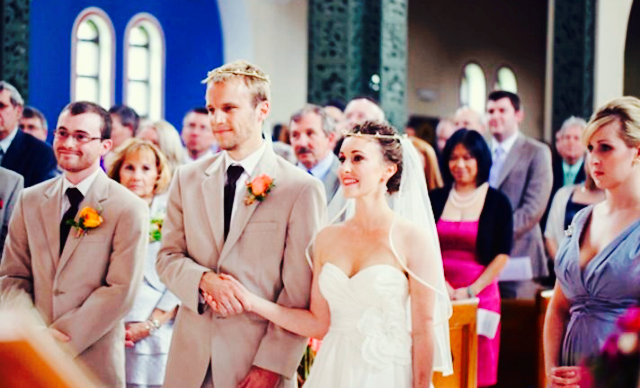 Adoption Ceremony and a New Beginning/Honoring a Sibling

Transforming a Karate Studio Into a Wedding Venue? Yes, Texas Weather Ruins An Outdoor Event for The Texas Twins Team…