PFLAG envisions a world where diversity is celebrated and all people are respected, valued and affirmed inclusive of their sexual orientation, gender identity, and gender expression.

The strategic goals of this organization  are to build the capacity of the organization at every level providing resources in the form of information, people and funding to move forward.

By creating a world in which young people will be educated without fear of bullying or discrimination, their message is accessible to the broadest range of ethnic and cultural communities, ending isolation within the LBGT community. 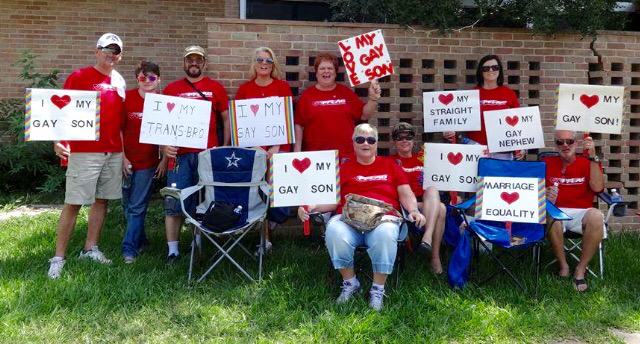 This organizations welcomes the participation and support of all who share in their vision and goals.

PFLAG, formerly known as Parents, Families, and Friends of Lesbians and Gays, is the United States largest organization for parents, families, friends and allies united with people who are LBGTQ.  PFLAG has more than 500 chapters across the United States, with more than 200,000 members and supporters. 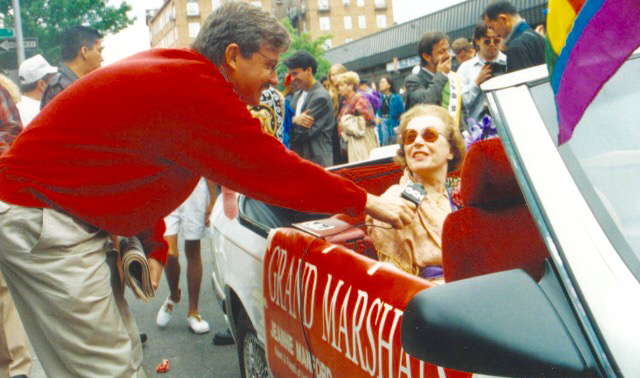 In April 1972, Jeanne Manford, an elementary school teacher, and her husband were at home in Flushing, Queens, when they learned from a hospital telephone call that her son Morty, a gay activist, had been beaten while distributing flyers inside the fiftieth annual Inner Circle dinner, a political gathering in New York City.

In response, she wrote a letter to the New York Post that identified her as the mother of the gay protestor and complained of police inaction.  She gave interviews to TV and radio stations in several cities in the weeks that followed, sometimes accompanied by her husband and son.

On June 25, she participated with her son in the New York Pride March, carrying a hand-lettered sign that read “Parents of Gays Unite in Support for Our Children.” Reaction to this now famous sign would lead Manford to create a support group which evolved into PFLAG. 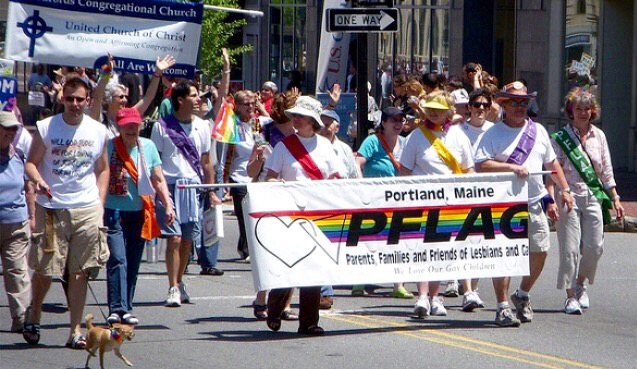 In 2013, a bronze plaque was installed at The Church of the Village in Greenwich Village, memorial using the fact that the first meeting of what cake to be PFLAG was held at the church in 1973.  The plaque reads, “In 1972, Queens schoolteacher Jeanne Manford walked alongside her gay son, activist Morty Manford, at the Christopher Street Liberation Day Parade, carrying a sign.  It was the overwhelming response to this simple act that led Jeanne, her husband Jules, and the early pioneers of the LBGT equality movement to create a support group for LBGT people, their parents, family and friends. The first meeting of that group–now know as PFLAG- took place on this site in March 2013. Placed by the Greenwich Village Society for Historic Preservation in partnership with PFLAG members everywhere, in honor of the legacy of love that began here. 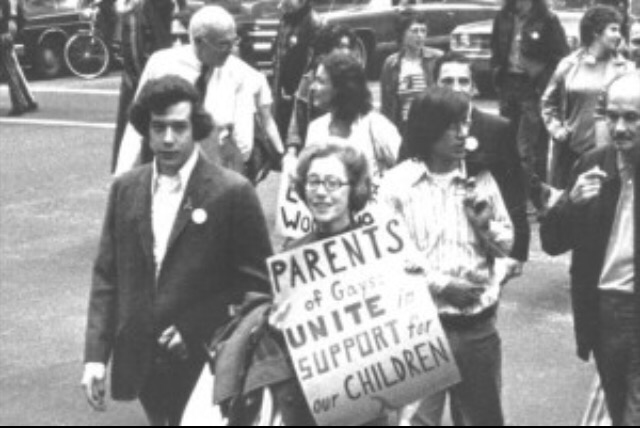 A pioneer, Jeanne Manford made a sign that others recognized to unite parents and communities to support their children. Sadly, Morty Manford died at 41 years of age preceding his mother and sister in death.

After realizing that I had seen the PFLAG group at numerous Pride Events, I’m glad that I rearranged my schedule to attend this picnic and meet these families in person and that my son was able to join me.

It is my hope and prayer that one day discrimination and violence will no longer affect the LBGTQ community or their families and friends. 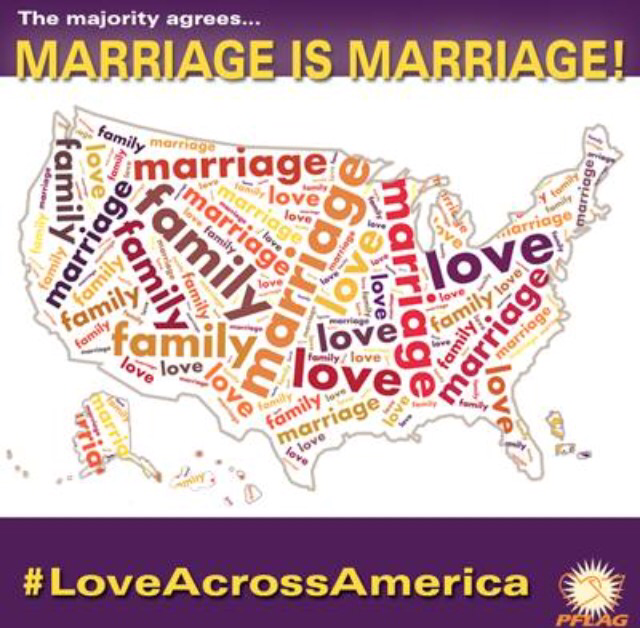 Wendy Wortham on the Wonders of Duct Tape…

Why Music Makes These Texas Twins Happy & We Sometimes Sing Off Key!