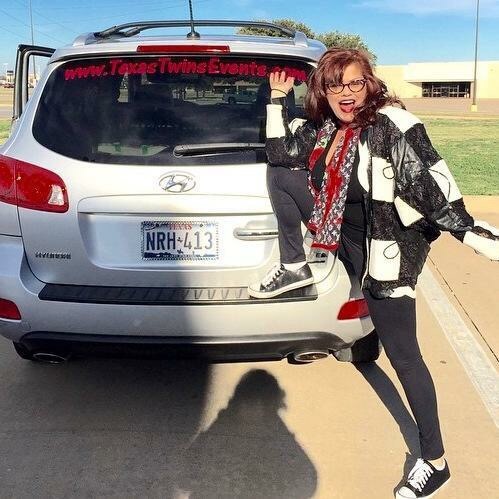 I’m often in a unique position to help one family while helping another and today was no exception when I dropped into FT Worth Fitness for my favorite Herbalife Protein Smoothie.  The owner, Angela Warren asked me if I knew of anyone who could use baby items since her girlfriend had recently lost her baby from SIDS.  Sadly, the parents who are still grieving were unable to find anyone to “gift” their daughters belongings to.  I have two families who will benefit and carry on the legacy of giving back because they benefitted from the generosity of a stranger who suffered a tragic loss.

When you deal with a group of clients who have no money- you meet people from all walks of life.  Many want a wedding and several need a baby shower.  The majority of my client base from The Pawning Planners are hardworking folks that struggle to afford a beautiful event and by helping them, we often find a trade to sell and cover expenses but sometimes we aren’t so lucky.  About 10% of our clients have no money and nothing of value to trade but we help them anyway because we know that we can. 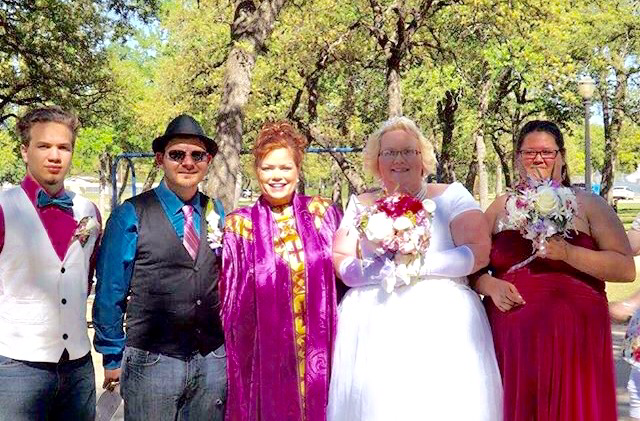 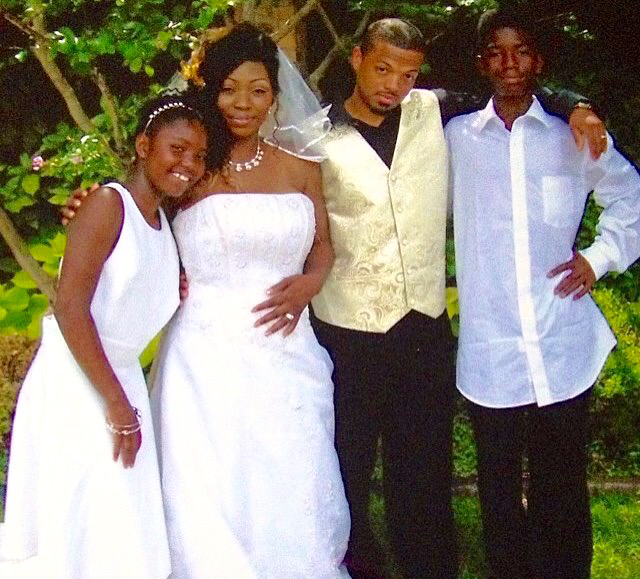 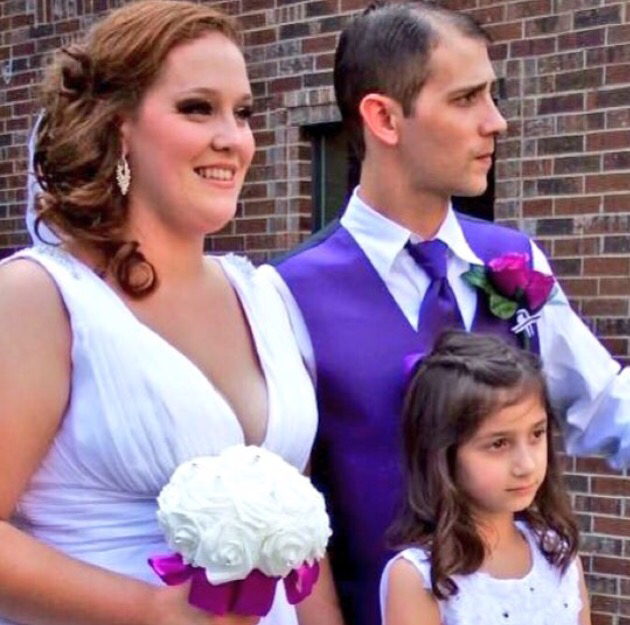 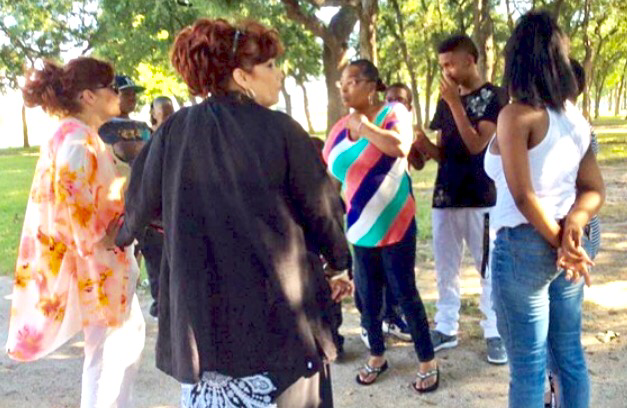 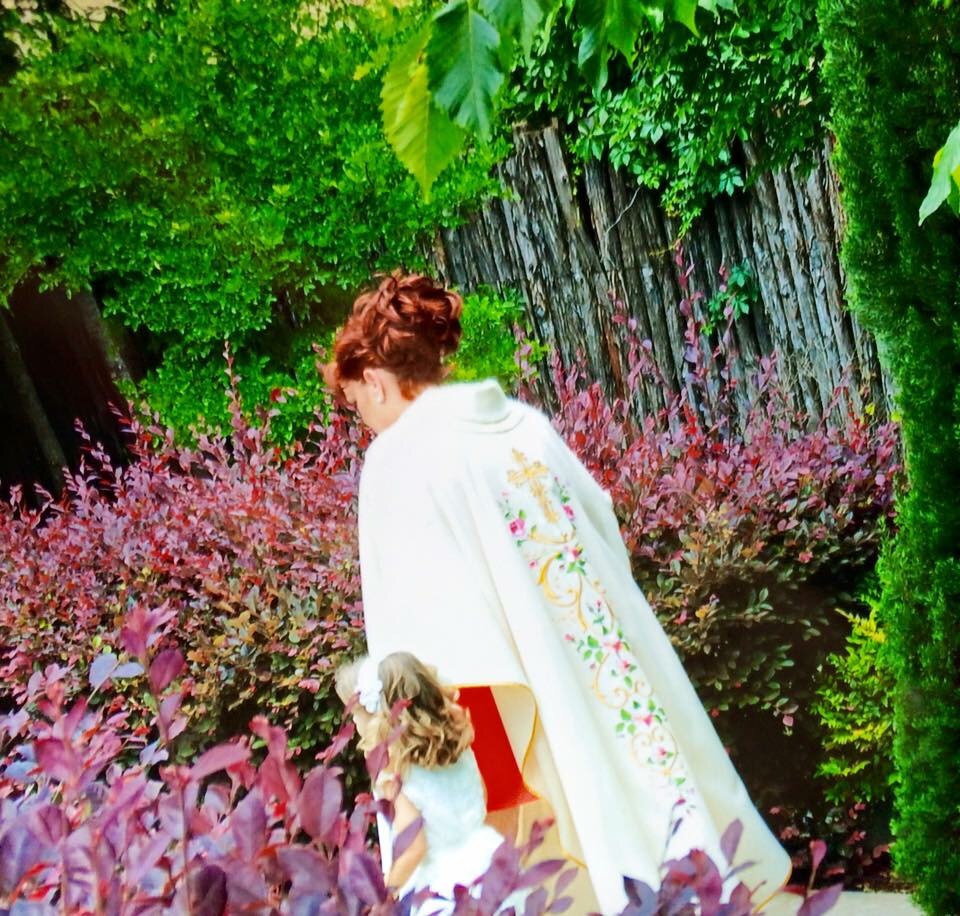 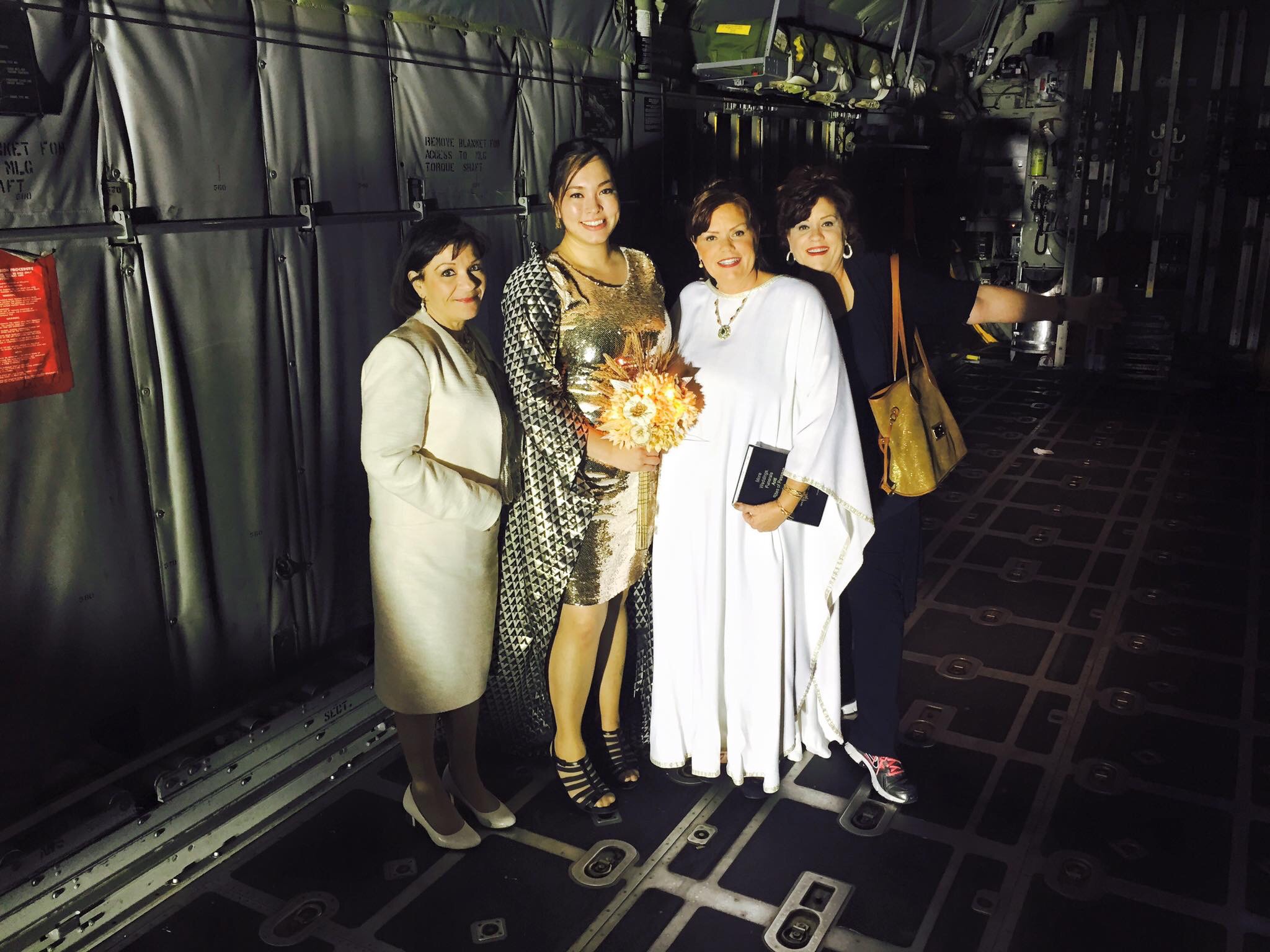 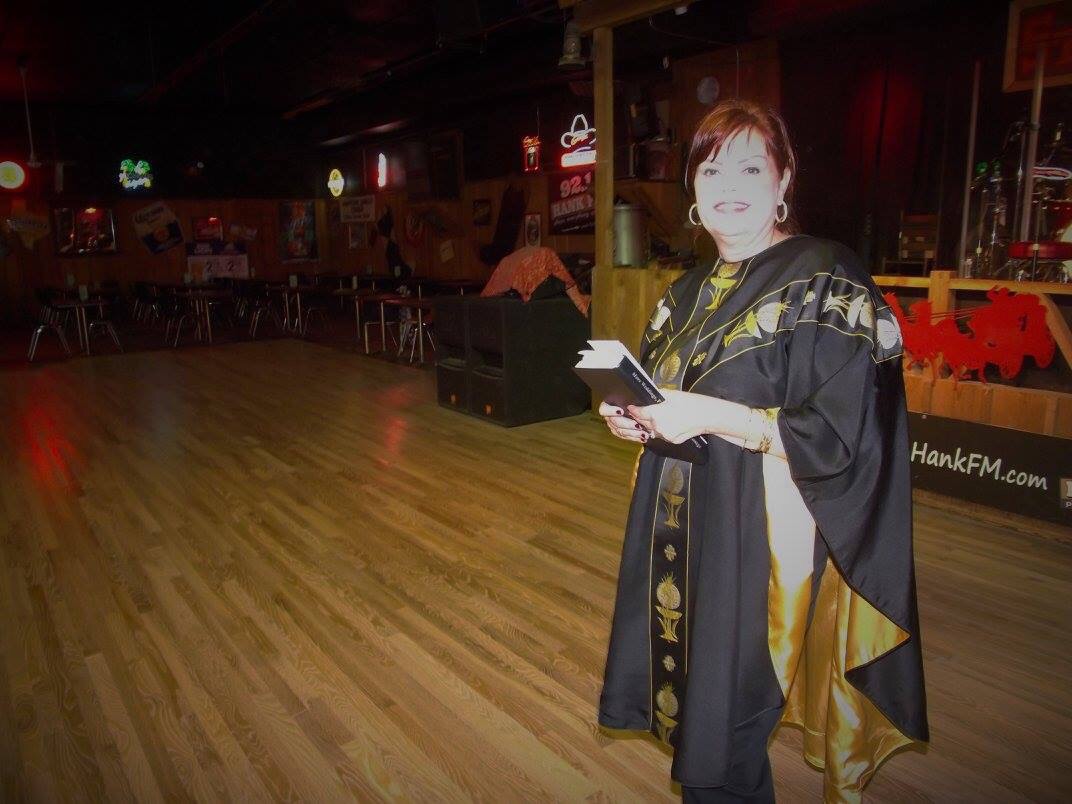 Last year two women came to me wanting a baby shower because they had no friends or family to help them.  My family and I not only sponsored this double shower but we also provided the gifts and split them evenly between both women.

Three years ago I took a 2001 Ford Explorer Sport in trade not knowing the amount  of money it would take to get back on the road.  $4k later, I gifted my brother in law Steve Daniel with the vehicle so he could get back and forth from work. 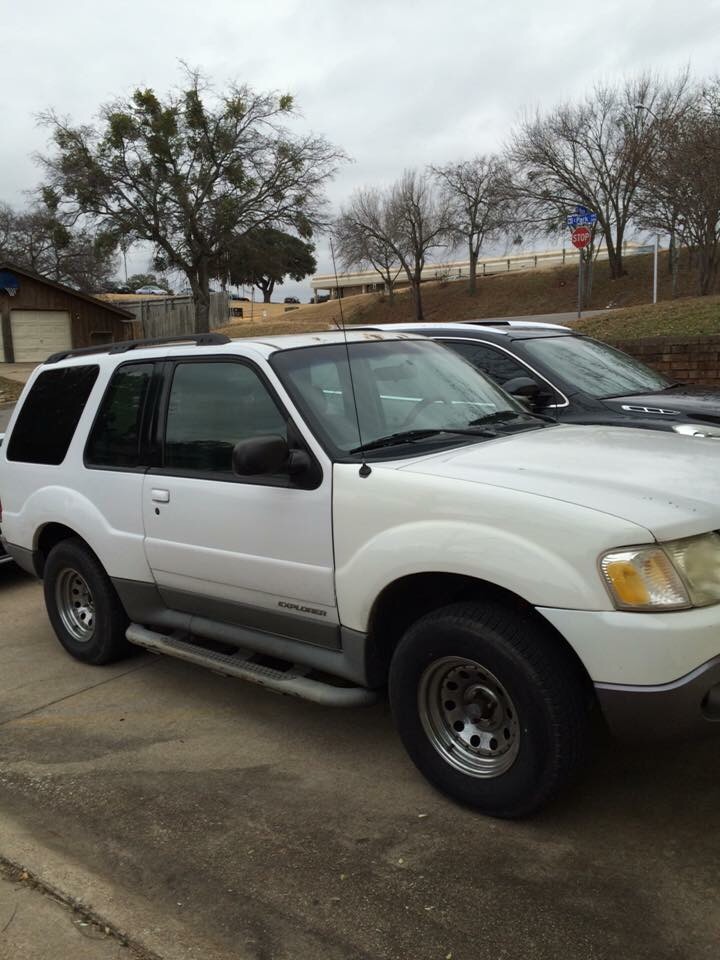 After being laid off at Frachtec, Steve took an OTR position with Ryder and no longer needed the Explorer so his daughter, Stephaney Mahaney drove it to work for the past two years.  Last week the transmission went out and my husband began looking for something to replace his Toyota Tundra.  Paying it forward, we are gifting Steve with my husbands truck and selling the Explorer for a down payment on something for Stephaney.

Throughout my life the importance of helping a stranger factored highly in my decision to expand Texas Twins Events by merging it with Texas Twins Treasures to create The Pawning Planners.  Over the years reporters have questioned me numerous times regarding my rare business and the people who benefit from the opportunity to trade rather than pay for services.

Since it’s well know that we help people rather they can afford to pay or have no trade and no money, the questions regarding my ability to help them “pops up” on a regular basis.

I spent years creating an inventory of bouquets, cake trays, serving sets and even cameras so they could have a permanent memory of their events because I understood the expense involved and worked hard to “bridge the gap” of rich or poor.

Some families who had nothing offered to help other families and often volunteered at estate Liquidations and even made a wedding cake or pot luck meal to ensure someone they had never met had an event as beautiful as the one we had given them.  Everyone who followed my story understood the importance of a philosophy that was based entirely on my own belief that by being the person I had never met- I could instill compassion and give hope and the desire to help others within my client base.

My twin sister is always at events with me and quick to remind everyone that “she’s a hillbilly and I’m not.”  My sister lived on a farm and built a dairy one brick at a time and since her husband is a truck driver and country boy who often wears mismatched clothing, makes no excuses for Steve Daniel’s wild outfits when he joins us at events. 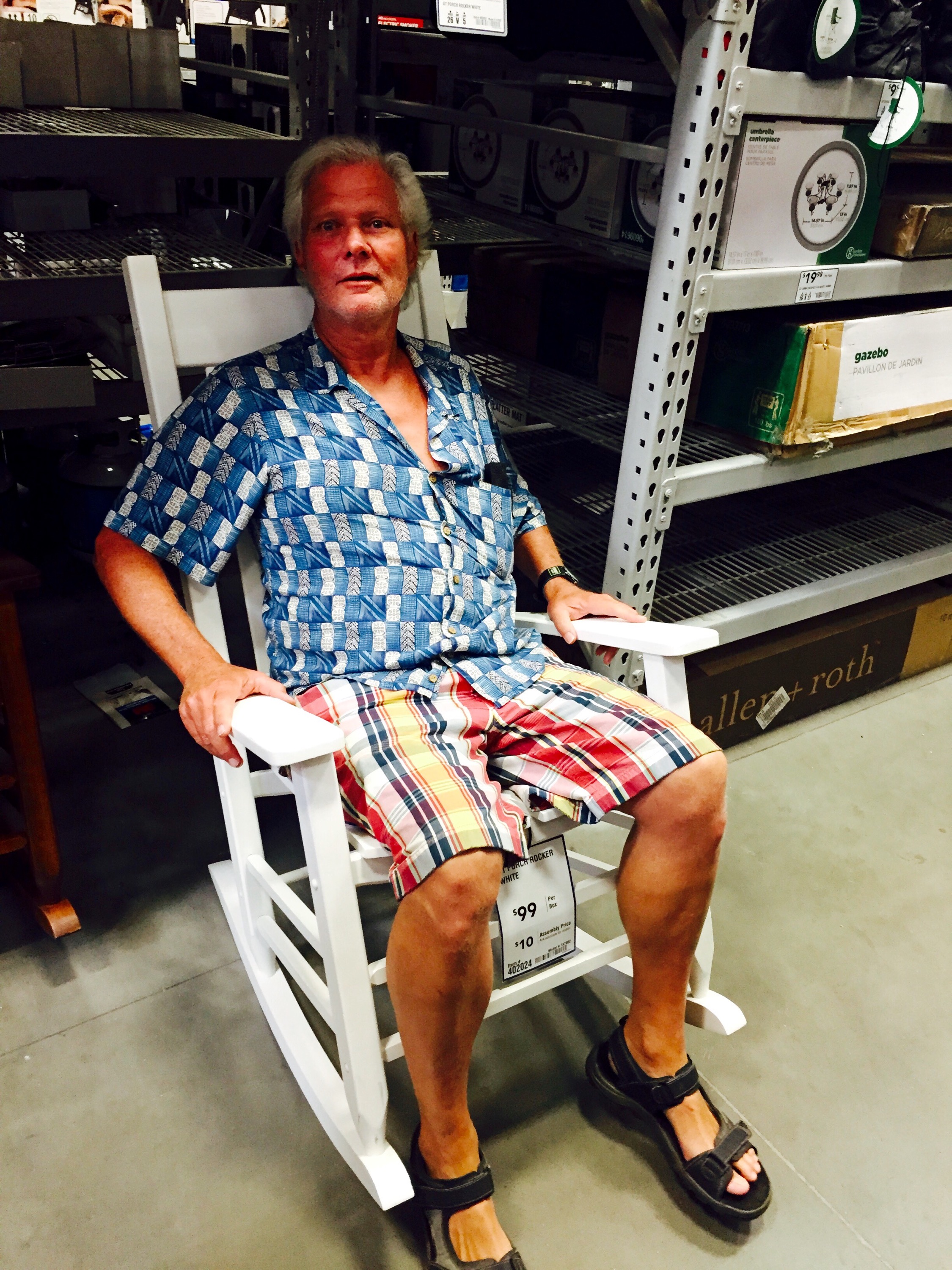 Steve is one of a kind and everyone loves him.  He enjoys talking to strangers and often spends all of his time on location “visiting” just like my sister.

At nearly 66 years old, Steve continues working because he has to with a full house that includes two adult daughters and three grandchildren.  His “stories of the road” always entertain my sister and I.  After being laid off from Albertson’s ten years ago, Steve took a truck driving job at Camp Anaconda with KBR and stayed for 8 years (longer than anyone else) because he had to when his youngest daughter Stephaney became pregnant with twins at 15 years old.  Steve loves the twins who have brought much joy to our families and love being flower girls, ring bearers and ushers at our weddings and helping out at events.  My brother in law’s pride and joy are his three grandchildren and he’s quick to whip out photos and “show them off!” 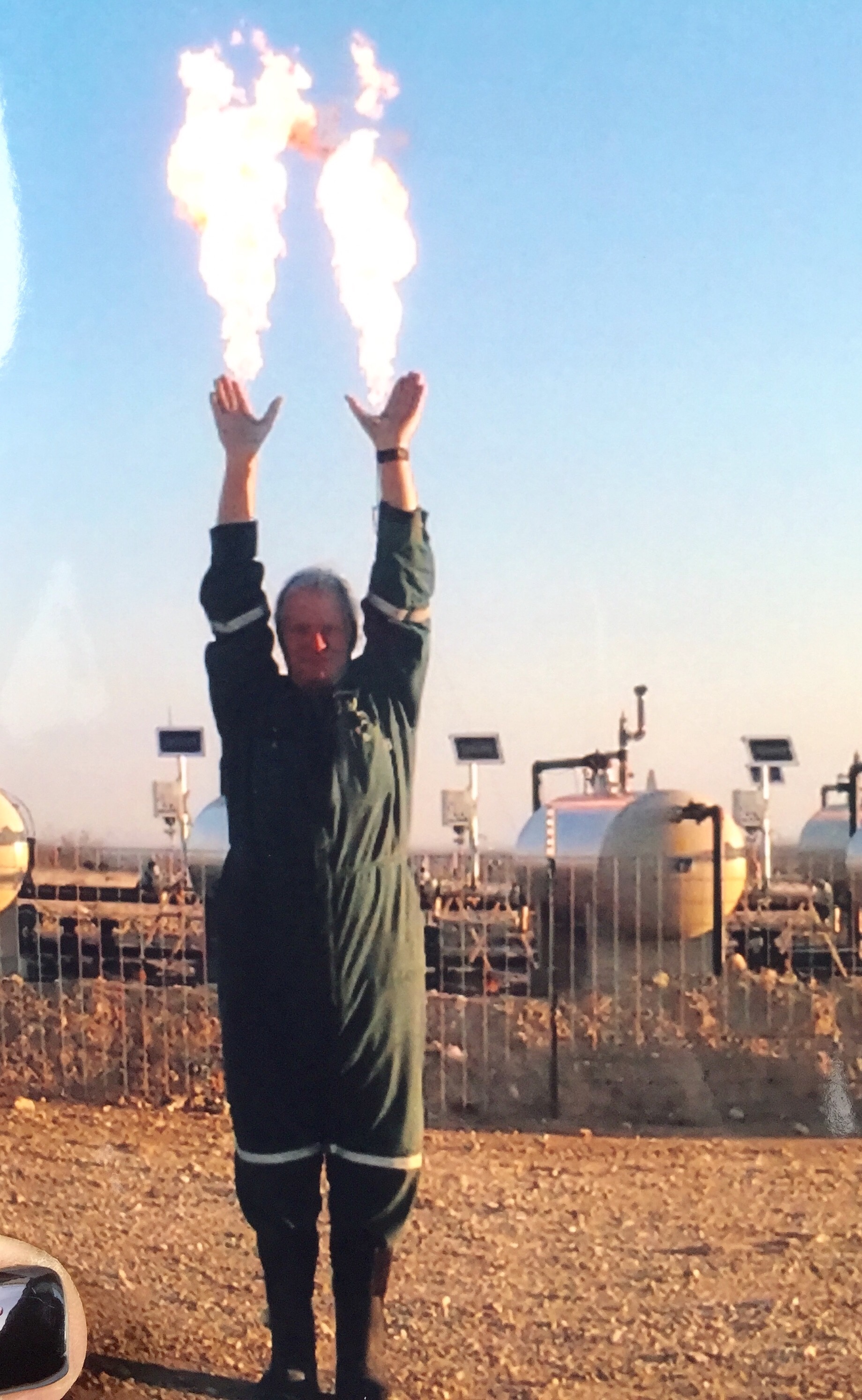 Steve is hardworking and dedicated to taking care of his family so whenever Matthew and I can help the Daniel Family- we do and Steve is very excited about his “new to him” truck!

Staying busy and fishing are fun for Steve but he would much rather be on location at events with us because he truly enjoys all of the aspects of the events business and is pretty handy when we need help constructing an arbor or setting up the sound equipment. 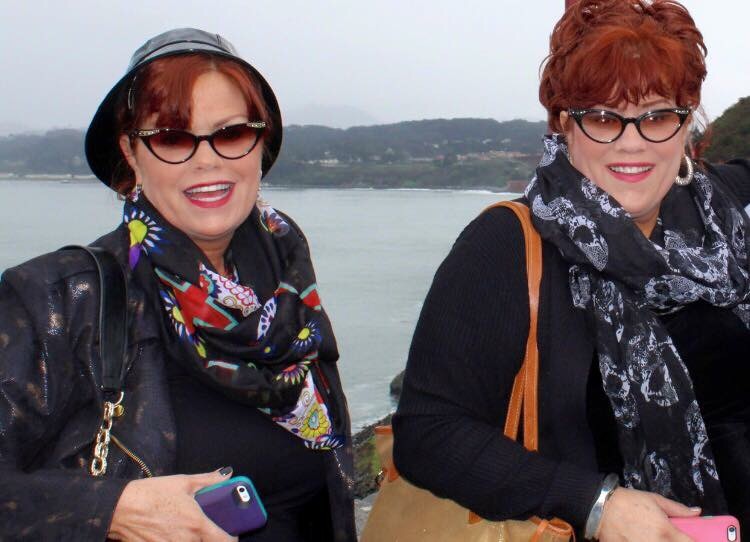 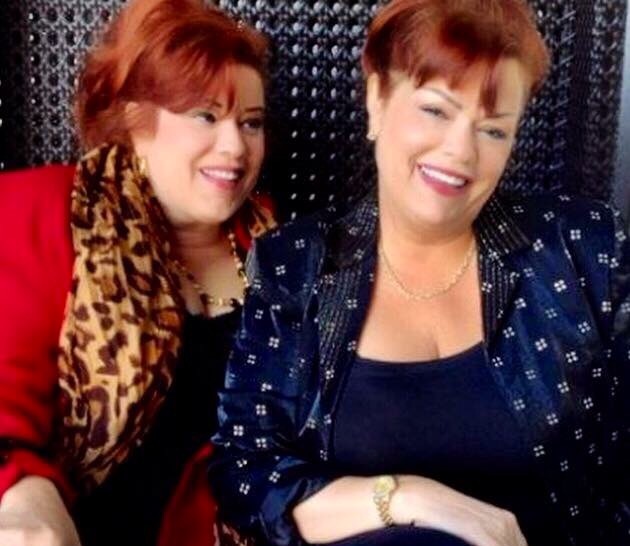 Sometimes my saucy sidekick and twin sister, Cindy gets emotional when describing the hundreds of families we’ve helped and although I never dreamed that six years ago my journey would be as unpredictable and adventurous as it has been, I’ve learned that helping others taught our children and grandchildren compassion.   My family learned to overcome the unexpected on location by pooling our talents together as a team on location.

Meeting all of these families and hearing their stories also taught our children and grandchildren empathy and showed them the struggles many families face.

From volunteering at soup kitchens to helping a client sell their furniture and appliances in order to pay their rent or mortgage (Pawning Party), all of our adult children and my grandnieces have helped families in need and learned the value of how my companies all work together to “get the job done” no matter what the request was. 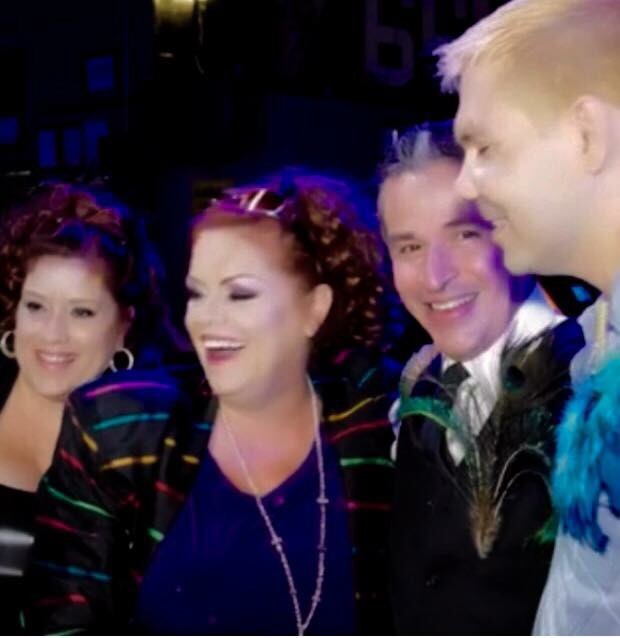 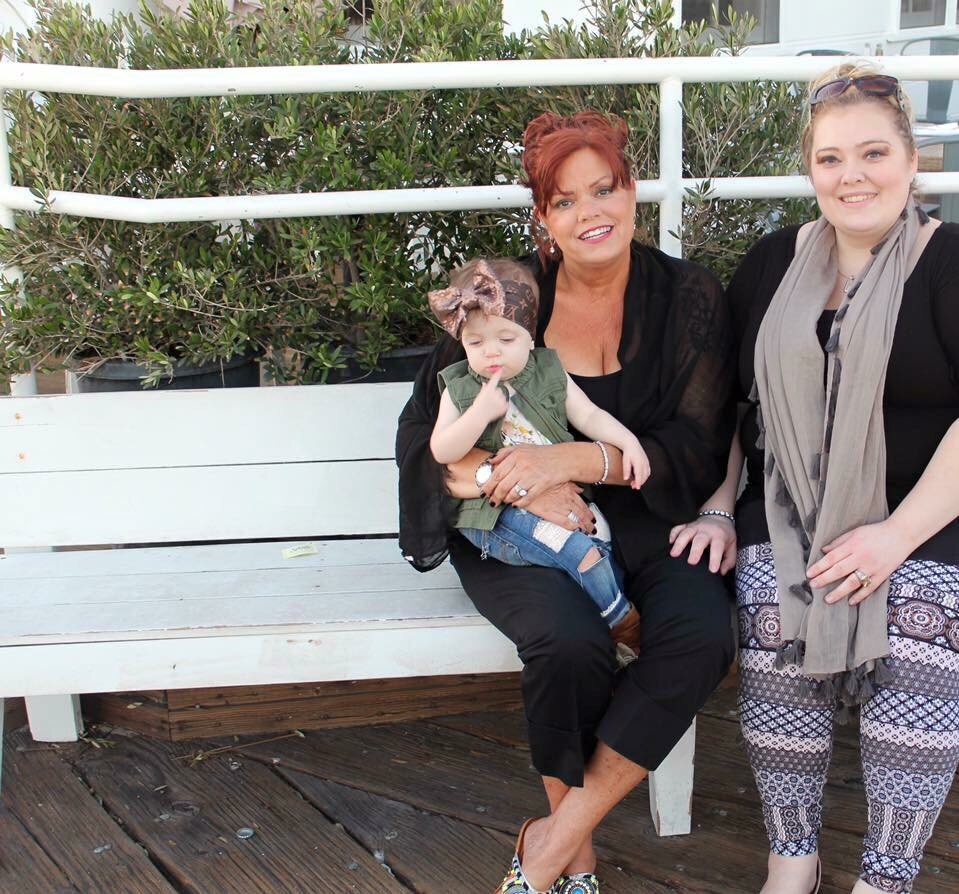 With My Grandniece Madyson And My Niece Leigh Ann 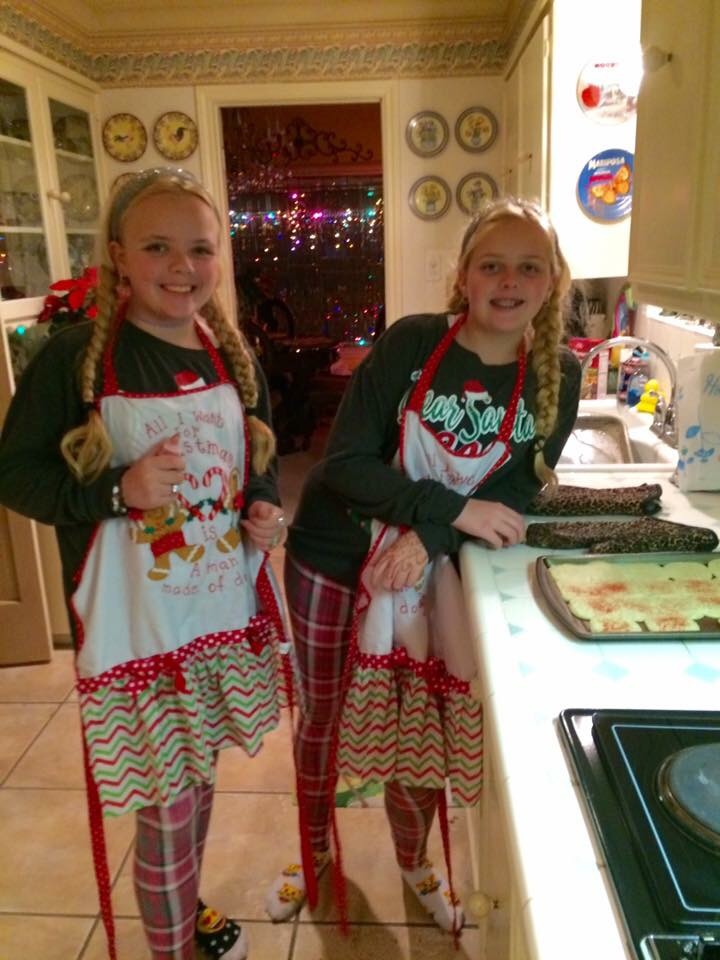 When I was interviewed by Jeff Mosier regarding the legalization of same sex marriage, I caught some flack which was expected since I live in a Bible Belt but all of my businesses are LBGTQ friendly and that will never change. 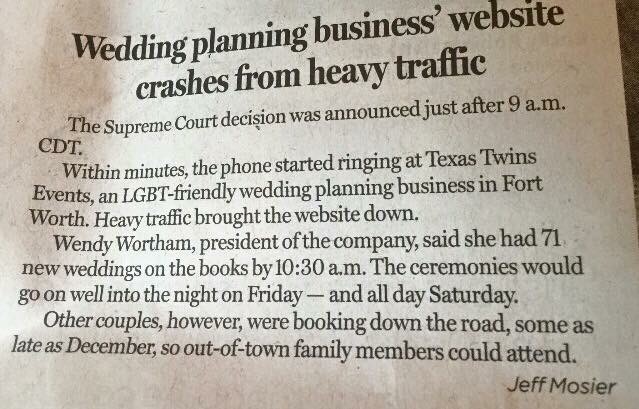 My sister and I have been interviewed many times about my unique “dive” into the wedding and events industry at my home aka WorthamWorld.  Reporters find the idea of blending my businesses interesting and extraordinary.  But my goal was to give anyone the opportunity for a Dream Event regardless of their income and (believe it or not) there is a huge gap of families that could never afford traditional price structures. 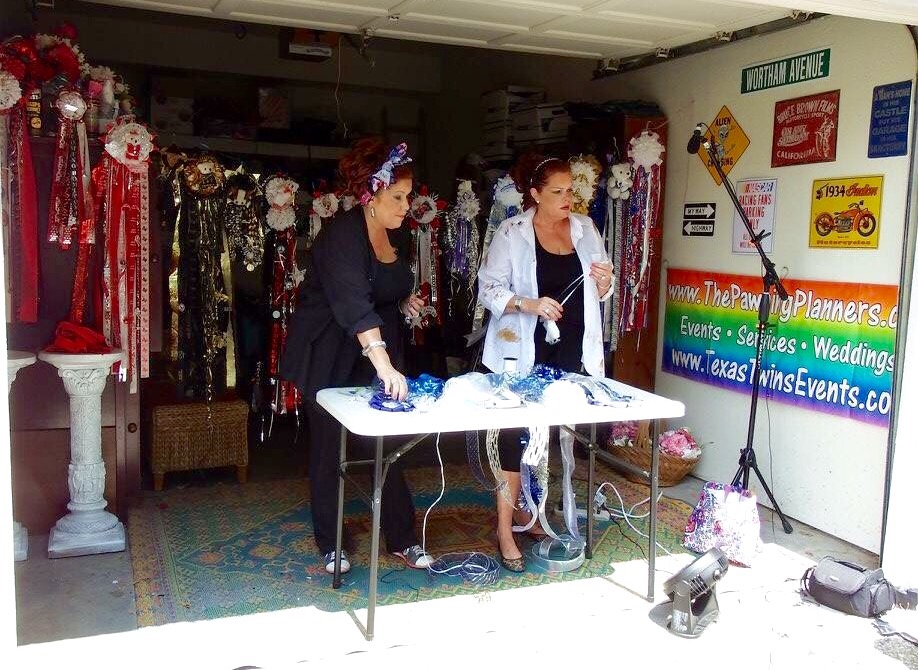 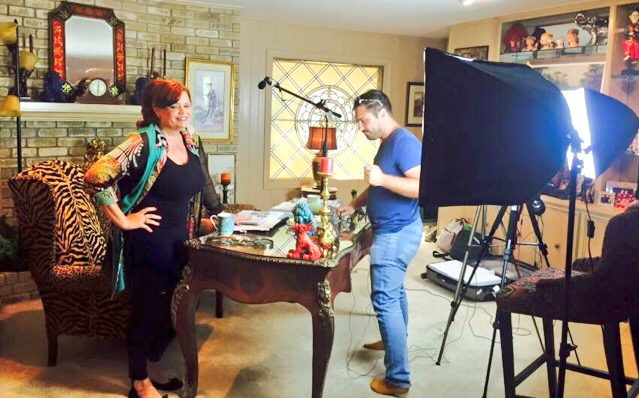 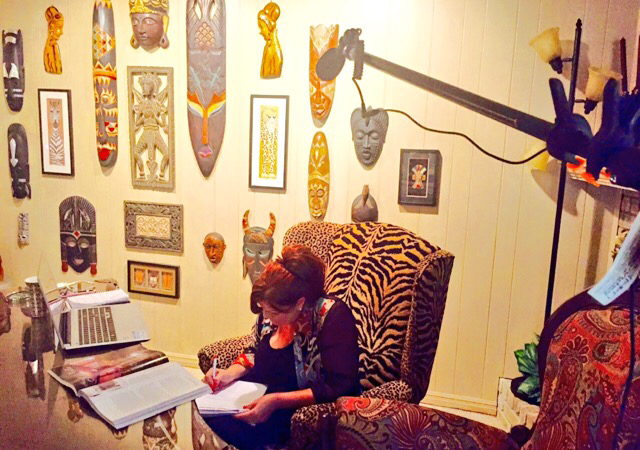 Bringing everything together was a challenge but I’ve never been a quitter.  We’ve had a few “flips and flops” with trades and once had a problem selling a horse which is why we no longer accept livestock trades.  I don’t have a barn or farm to house live animals and housing farm animals until I can find a buyer.

Learning the value of items and knowing the expense to refurbish them is the key of flipping or bartering.

As I look forward to new adventures and new friends in 2017, I know that my initial endeavor to offer affordable alternatives by starting Texas Twins Events was the right decision.

Rebranding and expanding opened a window that previously didn’t exist for these families but it also opened the door to a path of new opportunities and spending time with my family.

Paying it forward has taught me the value of kindness and given me an avenue to expand my business but the truth is that if I hadn’t ever struggled to give my son a beautiful wedding years ago, I might have never “come up with the idea.”

The Tornado That Took Lake Whitney- The Work To Rebuild, Replace & Repair Begins…