You know there have been a handful of times that I wish I had gone with my instincts and loaded up my team and inventory  while waving goodbye and saying “have a great party!”

From rude guests to Bridezillas and bullies, I’ve endured more than my fare share of stressful situations from all sides along with my team and could’ve avoided all of it by packing it up and packing it in.

I could’ve been at home enjoying my family, gardening, running errands and enjoying my weekends too.

Instead, I chose the wedding and events business and occasionally have had the distinct displeasure of meeting thankless fools who were not only rude and belligerent but occasionally, failed to pay for services after forcing us to endure a frosty environment while attempting to conduct the ceremony, pose for photos and conduct my business of officiating the wedding- I tried to shake off the stress but, it was very difficult since I’ve never endured a heckler prior to this event by putting on my best “trade show girl smile!” 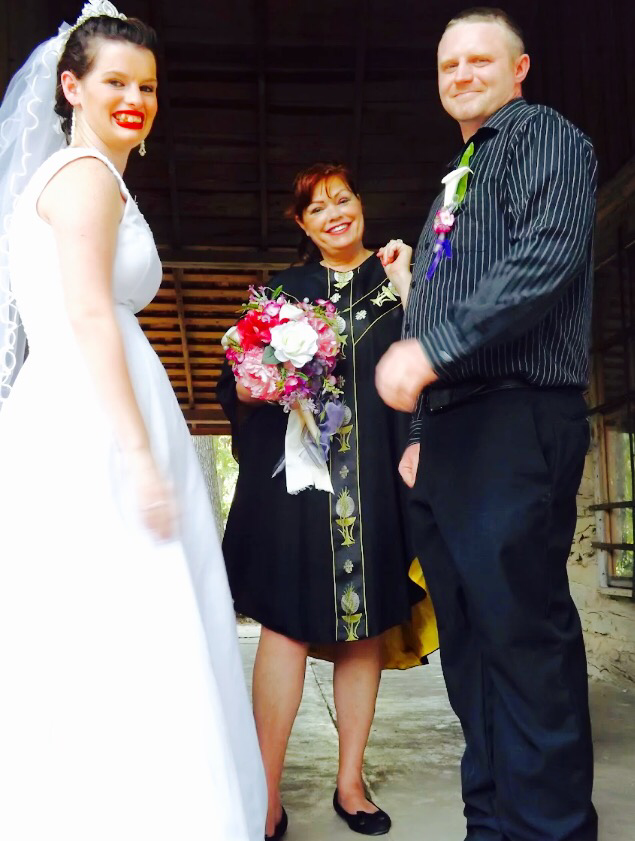 You may be wondering what went wrong to start the “domino effect?”  Well, last Saturday was the topper on the cake for this wedding warrior after three weeks of trying to orchestrate a wedding by spending 2-3 hours on hair and make up for the bride along with her wedding shoes, earrings and wedding dress including the invitations. 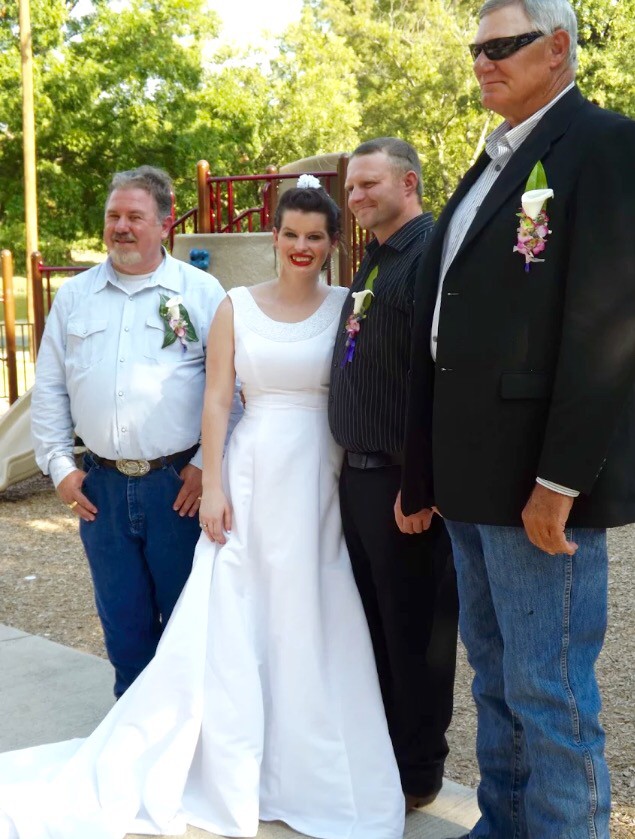 You see, I literally bent over backwards to accomodate Joanna Magee and her invisible family who played no part in this wedding other than showing up and behaving badly with rude comments to “ruin the day.” Wendy Wortham and Cindy Daniel vs The Wedding Heckler aka Guestzillas documents my “take” on guests behaving badly.

This “family” didn’t bother thanking myself or my staff for doing everything at out own expense to give their daughter a Dream Event.  They didn’t introduce themselves and they most certainly failed to silence a brother who only showed up to start arguments, issue threats and finally smash cake into the brides face ruining the dress I had paid for along with the two hours of hair and make up carefully applied by Angela Rodden and Stephanie Hafele. 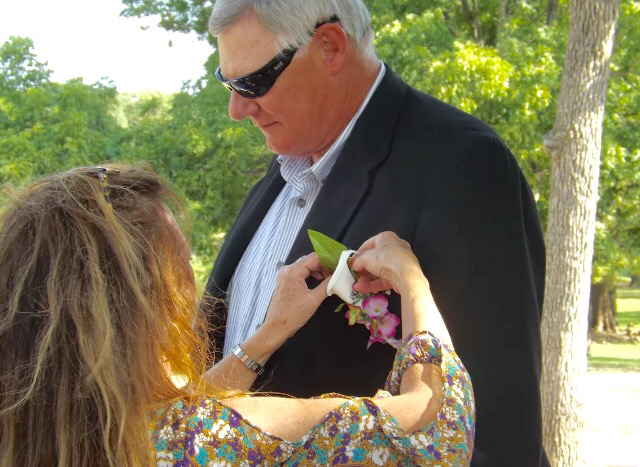 You see our entire Saturday was spent making Joanna’s day special and one stupid loud mouthed bully caused everyone stress and no one other than myself and my team said one thing to him about it!

Quite the opposite occurred when the family was upset that I confronted the beer swilling loudmouth along with Stephanie Hafele in an attempt to officiate this wedding and get photos for the couple. 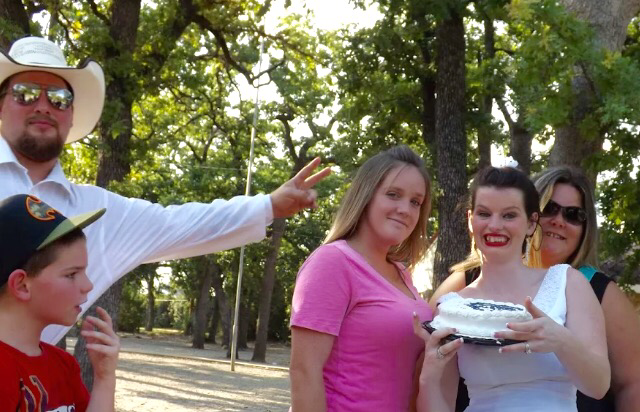 What “family” allows a person to behave like an insane idiot trying to infuriate the guests, my team and the bride?  One that doesn’t care enough to even chip in to buy the wedding cake.

Two guests made the trip to walmart to purchase a cake for the ceremony and it would be this cake that the big mouthed bully used to shove into the brides face and all over the wedding dress  that I had paid for while the “families” watched. 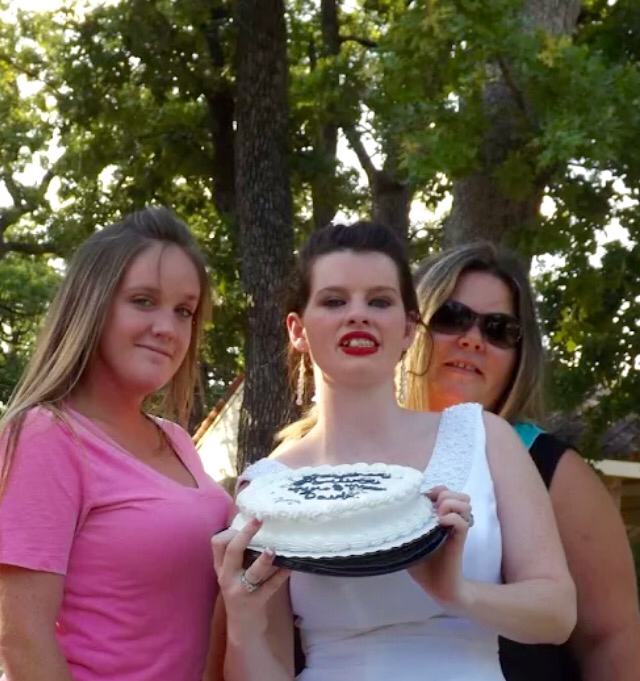 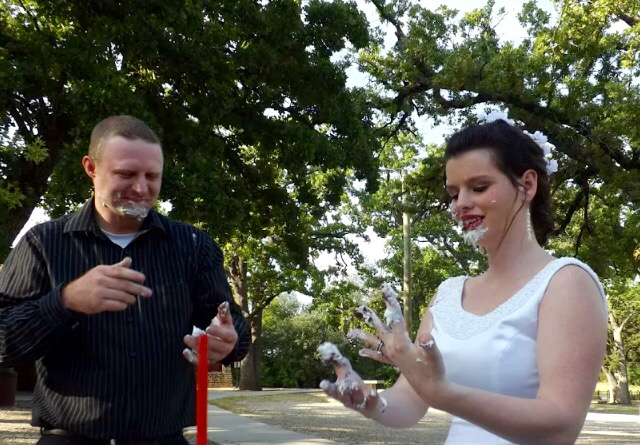 Now, had I arrived with the bride and my inventory and staff knowing that a bully would make the next two hours of our lives miserable- I would’ve began packing up and waving telling them to have a great party and come home to my family and the people I actually enjoy being around rather than wasting my entire day dealing with an ungrateful “family” and that bully.  The Little Pawners were troubled by all this “family feuding” and photos clearly show the stress on what should have been a joyous occasion. 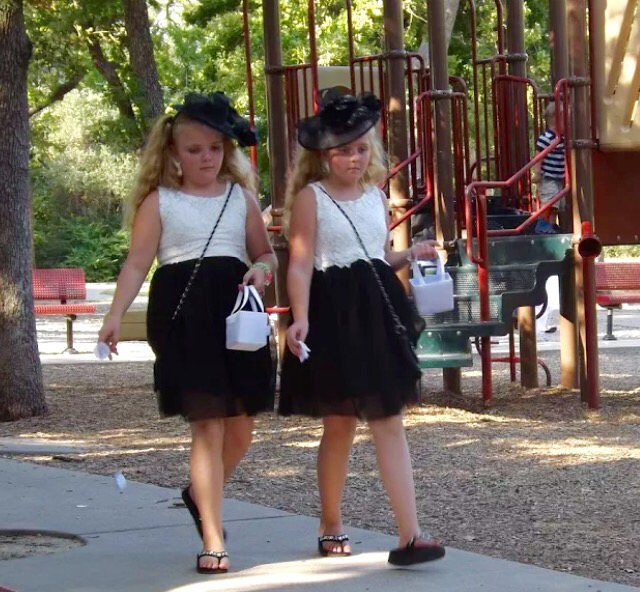 I’ve decided that the next time I’m going above and beyond- if I run into another thankless thug that attempts to treat myself or my staff with disrespect or worse, we are leaving!

When you are often going out of your way and spending your time to accomodate demanding divas, unreasonable families or guestzillas- pack it up and leave.  Let them figure it out and you’ll be glad you did.  Everything I did was done for this young mother of two children who wanted a fairy tale day and for that brother to destroy all of our efforts by acting that way I’m beyond words to describe how I felt watching it almost like a car crash- you are so horrified you can’t move.  I continued to try and ignore him but it was so difficult to do and conduct the ceremony with him standing a few feet away mumbling things with a beer in his hand and for the first time in a very long time I found myself feeling victimized again by a bully.  How no one jumped in to stop it while watching him I will never be able to understand.  The cruelty of that brother upset the entire team and yet had no effect on his family whatsoever. 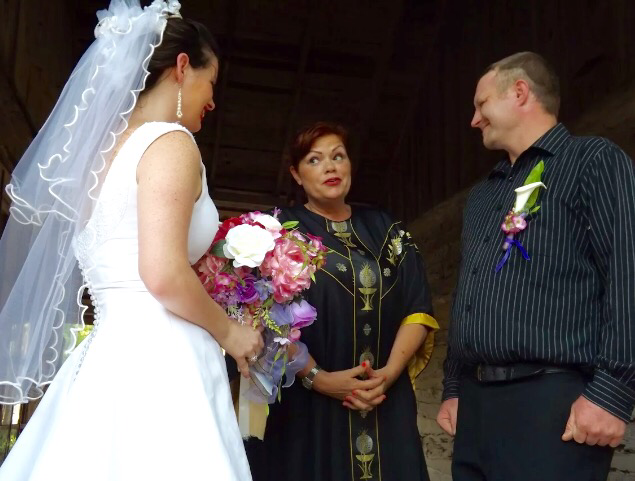 I’m changing the way we do business from this point forward- if you can’t afford low cost services or have no trade to cover the expense of your event- please find someone else to help you.

After spending the entire wedding season this year running here, there and everywhere, I’ve decided to be quite picky regarding who we are willing to commit ourselves and our time to helping because our time is valuable and could better be spent somewhere else.

If it comes down to a “it’s them or me” scenario- I’m quite serious and you will need to issue an ultimatum to your unruly guest or relative.

Hollering at my photographers or obstructing their “shot” will also not be tolerated.  The childish and manipulative behavior exhibited by this beer swilling buffoon has made it crystal clear to this Texas Twin that you must have had prior indication that your relative acted like a complete idiot prior to inviting him to the ceremony and, effectively a “heads up” would have been appreciated as I would have instructed you to univite anyone hellbent on spoiling a wedding that I had worked so hard to give you. 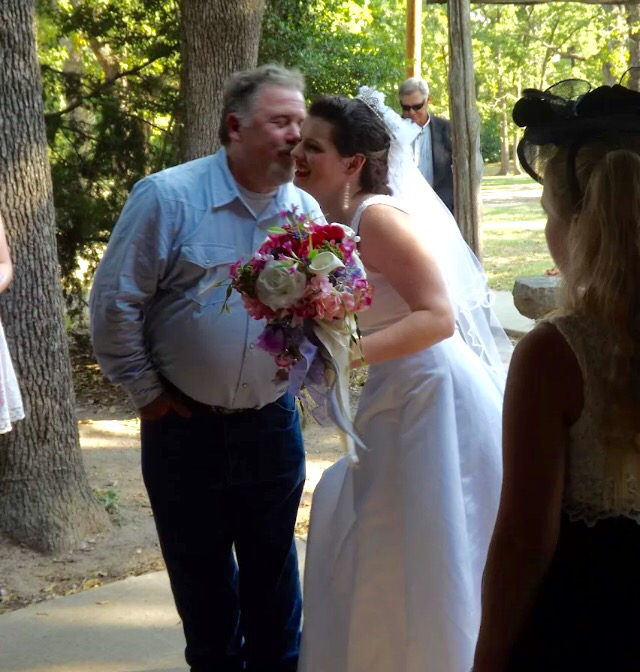 No one on my staff could believe any of the preposterous antics of this brother and although I’ve met a few guestzillas- they all pale in comparison to this loudmouth fool.

Three days later, I find myself still reeling from having to endure that type of behavior after the expense and time involved to do something nice for the bride.  She told me later that this brother had frequently best her up as a child and I was horrified.  Poor precious darling had been enduring this pompous idiot for her entire life- how heartbreaking!

It’s time for a game changer and that game changer will be having the client “figure out” whether anyone else would subject themselves or their team to such ridiculous behavior.

While providing everything at no cost? I doubt it very seriously, for families who assume the world owes you a living- they don’t.  I did what I did because no one else would and I did it to give that young mother something beautiful to remember and enjoy.  The only reason this event was worthwhile was for that young lady who had always dreamed of a fairytale wedding and we gave her that moment, I only wish we had not been forced to endure that thoughtless thug.  All of the children in the wedding were nervous wrecks with the tension so tight that you could cut it with a knife not knowing what that brother would say or do next! 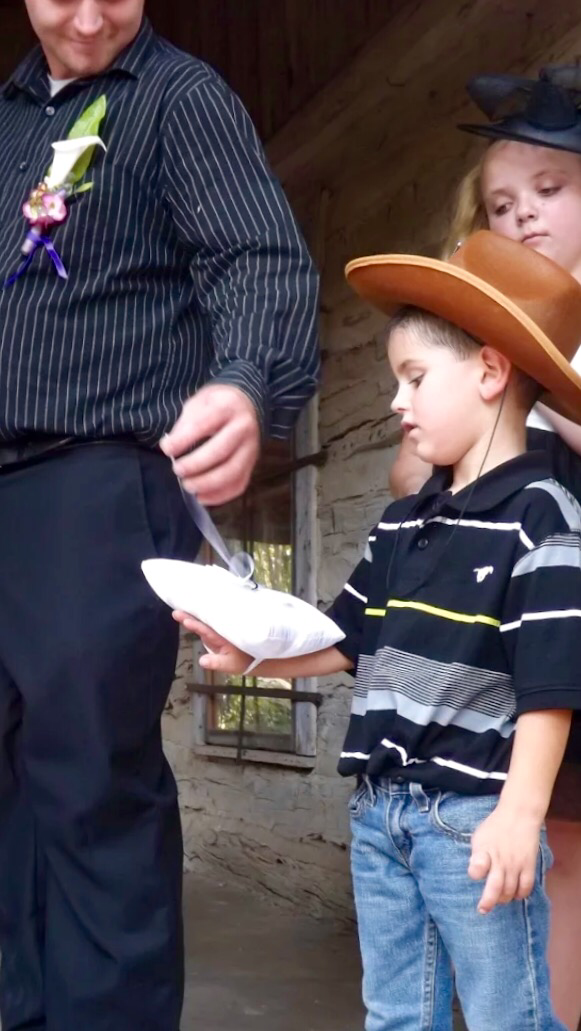 The world may never know but from this point forward, I will never be in a situation where I’m heckled, yelled at or treated without any degree of professional courtesy and especially, at my own expense!

Saddle Up A Sense Of Humor Baby! Two Sets of Texas Twins- The Pawning Planners