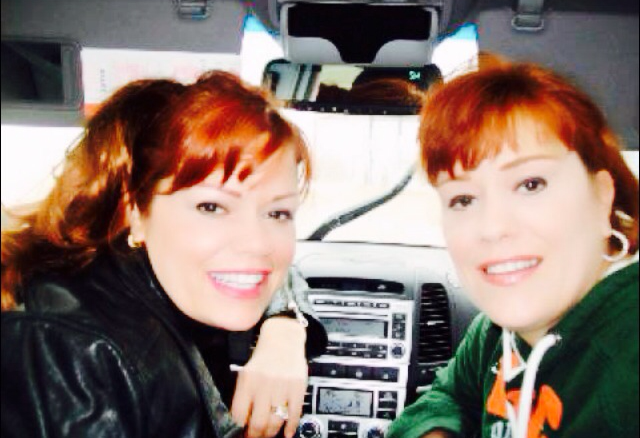 You know while Skyping with our Production Company last week my twin and comedian sidekick, Cindy Daniel belted out her usual shocking ideas about what we might run across while searching for items to flip in customers homes, including but not limited to: Sex Toys! Horrified, I asked why on earth anyone with prior knowledge we would be entering their home would leave such items “laying about?”

As usual, I turned an stared at my twin in an open mouthed gasp!  My twin sister is unfiltered and quick whitted.

You see, Cindy Daniel is uncensored and her classic one liners and shocking statements can surprise even me.

Known as RedneckReality, Cindy can sum up dang near any situation under the sun and always does!  You can count on finding her at our events “visiting with the guests” because “they invited me and obviously these folks enjoy good company!”

My twin sister is the life of every party. I’m the serious one, the leader, the bossy one and often trying not to laugh at my sisters sassy redneck reality.  She also thinks hillbillies are “elite geniuses” because they often don’t have money and need to “figure it out.”

Our adventures take us here, there and everywhere but when you’re traveling with two sets of twins and one of them is my saucy sidekick- buckle up baby because it’s gonna be an interesting trip.

“there is a lot of smoke in the kitchen, but no food on the stove” means look out, because something isn’t right.
“the barn door is closed, horses already in the field” means, your too late.
“She could eat nails, and have screws come out the other end” means, she’s crooked.
“Don’t pull the biscuits out of the stove without a mitten” means, you could get burned.
“There’s smoke coming from her chimney, but nobody is home” means she’s crazy,
“her washer is running, but she’s got no clothes in it” same thing, crazy. ” “acting like she ordered a buffet, when she ain’t paid ala carte, for a basket of fries” means, they haven’t paid a deposit, and are asking for the world. “She wants a champagne affair, on a Budweiser budget” means, there expectations are too high. These are a few of my country sayings, that MOST of the time, my twin, wendy Wortham, doesn’t understand.
“I am happier than a bull rider during stock show” = happy ”
“smoke coming from chimney, but no wood in the fireplace= something’s wrong #cindyism #cindyslang #cindysquotes #wendywortham #thepawningplanners #texastwinsevents
“Don’t ask for a preacher, and expect a congregation , as a bonus”
“The only snap, crackle, pop in my house, is the kids cereal, left on the counter”
“She done took the WRONG turn, on the highway of life”
“I will try and pull you from the mud, even if, I fall in with you”
“So hey, you go to church on Sunday and take communion with that mouth, and kiss your mama too”?
“You could send him to the store for milk, and he would come back with bread”
Hey how you gonna tell me how to harvest MY crop, when you don’t even own a garden”?
“Don’t steal fruit from your neighbors tree, then complain its sour”
“Ain’t no slack, in her lasso”
“Look out, she’s on all fours, with her tail up” (ready to fight)
“She could start a fight, in an empty bar”
“I don’t take hitch hikers on my crazy train”
“Hey if she don’t know how to cook, what’s she doing in MY kitchen”
“Some folks invite you to dinner, then expect you to buy the groceries AND cook for them TOO”
“Don’t tell me how to drive, when you ain’t got a license”
“Hey, she’s so skinny, even her shadow done disappeared”
“Even if you step in old crap, it still has s new kind of stink”
“That frog, ain’t gonna jump or hop”
“That gun ain’t gonna shoot”
“More crooked than a basket of snakes, or a cup of fishing worms”
“She keep clucking like a prize hen, but I ain’t seen no eggs come out the other end”

“that guy hangs out more than grandma stockings= he’s lazy
“if you hug a rose bush, you could get poked”= approach with caution
“that person is so low, has to take an elevator to see hell” =no good
“she’s a few packs of smokes short of a carton”= crazy ”
“she, he or they are so rich they are taking the milking cow to the slaughterhouse”= they got money ” “don’t put the trailer before the mini van” = slow down
“happy as a duck in a pond” = happy ” “my old man is like bacon in a frying pan, he lost his pop and sizzle” = he’s old
“she’s got tumbleweed for a pet”= she’s got no personality and can also mean crazy. This are just a few of the Daily updates from my sister include “I’m so busy, you’d think we were twins!”
“She look like she been drug behind a cattle hauler on a trip around the world= she looks like shit”
“There so rich during the holidays, they use the Christmas tree for fire wood”
“If u ain’t driving my car, get out of my garage
“If u ain’t mowing my lawn, get out my yard
“She’s trying hitch her horses to our wagon
“She need keep her buggy out our barn
“Can’t get a champagne caviar affair on a bud and burger budget
Now ya all already know that Cindy is actually best at-
1. Acting like she’s working
2. Taking pictures of the little Pawners
3. Telling me how busy she is
4. Constantly complaining “Wendy works me to the bone”
5. Visiting with the guests and hiding from me while I seek to find her at events
6. Telling me if we have a Bridezilla- “get in there and get this done, I’m not having a good time here!”
7. Cindy often says “If I said what I was really thinking, somebody might faint”
8. Hitting a lick is something Cindy is constantly preoccupied with, occasionally she gets licked or ripped off on yet another of her “get rich quick schemes”
9. But “I try to keep my saddle oiled and my gun greased cause I’m gonna get lucky on the next lick sister!”
10. Cindy is a good time Charlie who loves nothing more than planning a fun event or excursion and normally forgets that at numerous events we arrived there to work!

What am I going to do? Cindy makes me laugh constantly and, although I have no idea where she comes with her quick witted one liners, she is and always will be “one of a kind.”

Being a twin, folks are normally surprised that I’m so much more “stiff, dry, demanding, goal oriented and rigid” than my twin.

To these folks I say “Im driving this wagon and many others at the same time and while I would love to kick back and relax- being the comedy half of the team was and never will be calling.”

Am I bossy? I don’t think so. Far be it from me to think of myself in a “bossy pants way popping Cindy’s garter while interrupting her good time.”

However, being a leader of the Texas Twins Team requires careful planning and execution, a professional attitude and while you may not ever see me laughing hysterically- rest assured, even I cannot help myself on my many adventures with our team and the little Pawners with Cindy riding shotgun in the SUV off on yet another adventure for Two Sets of Twins in Texas, I sometimes laugh so hard at my sister that I’ve got to pull over ya all! 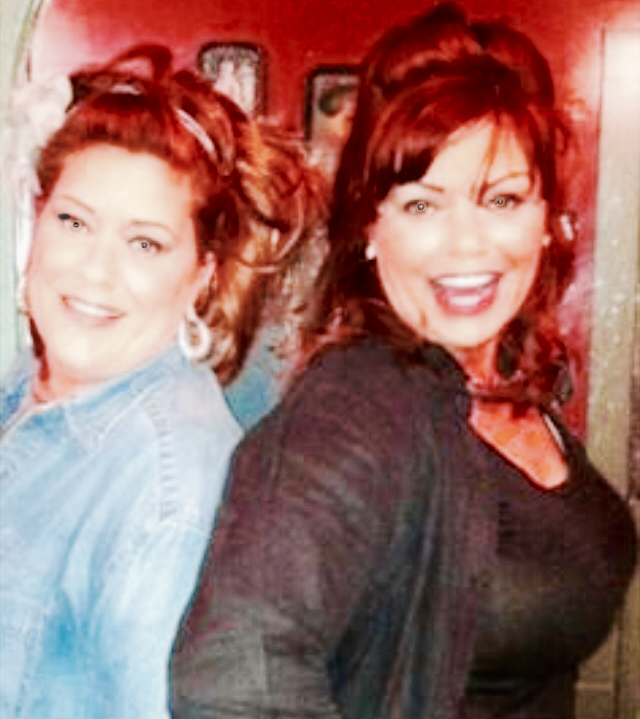 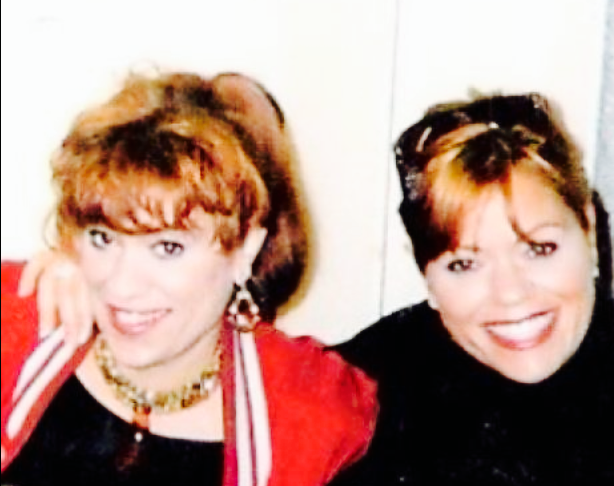 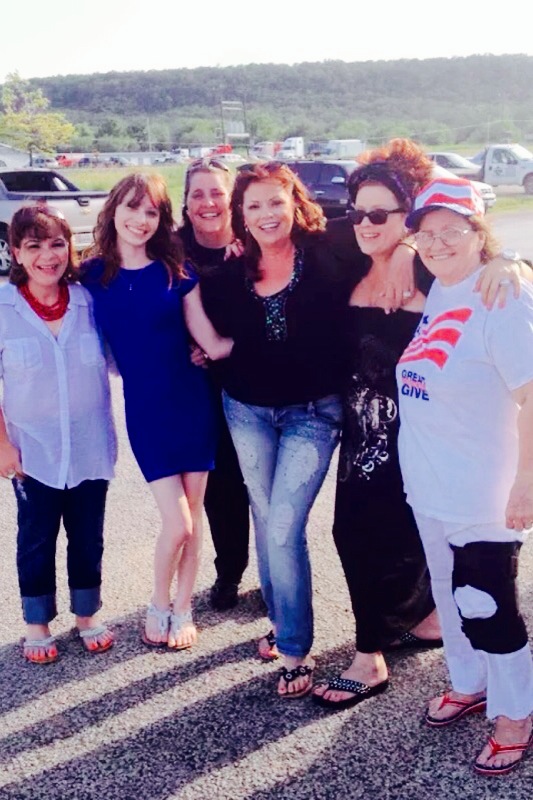 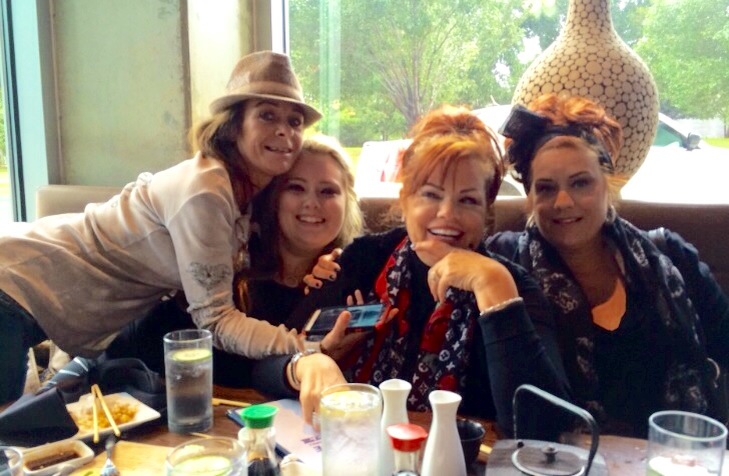 A Baby Shower for a Stripper? You Bet! Dream Events Don’t Discriminate and Neither Do the Texas Twins!