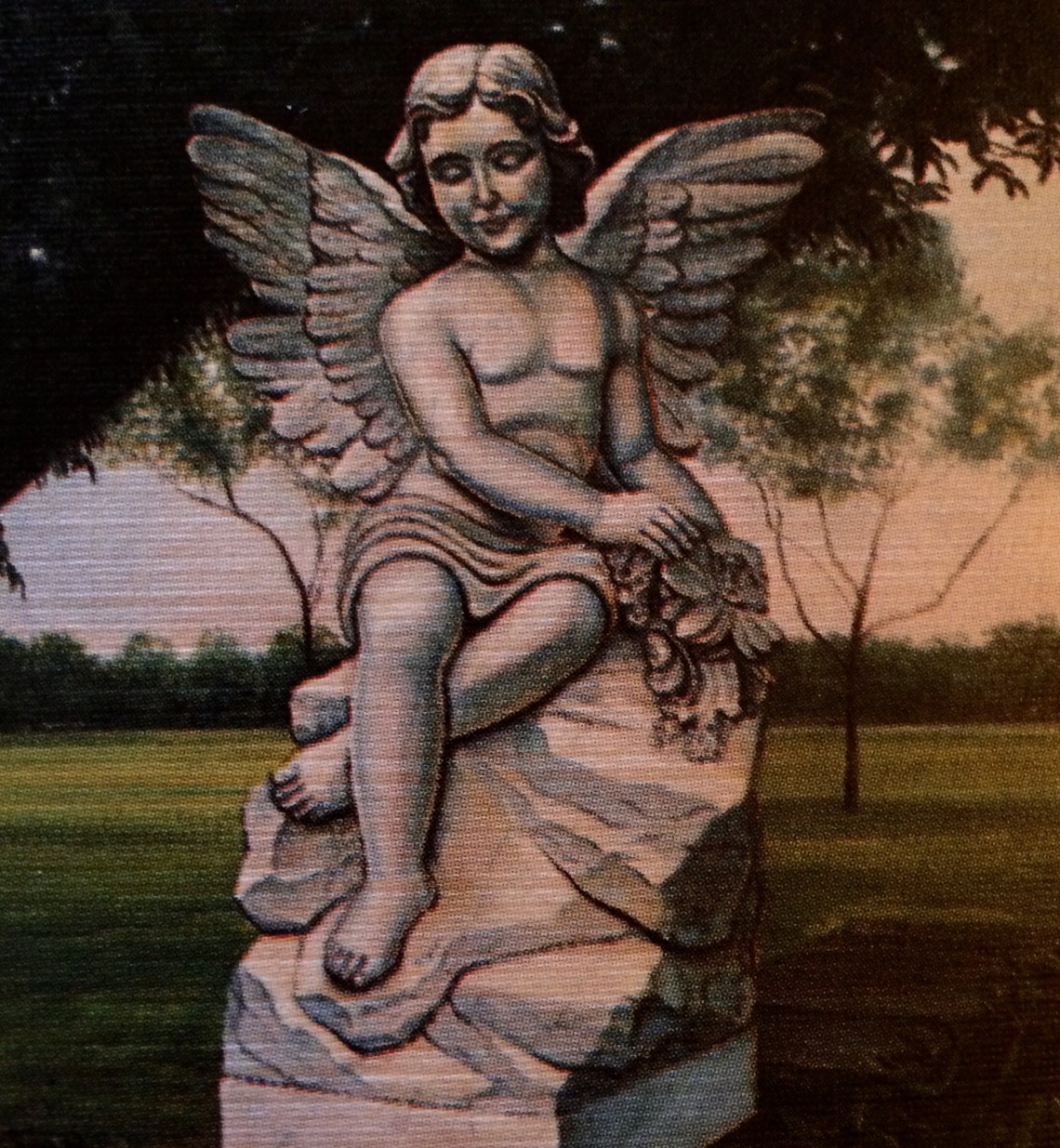 Yesterday afternoon I attended the funeral of Kimberly Ann Stogsdill at Mount Olivet Cemetary in Fort Worth with my husband, Matthew along with many of his coworkers at McBee Homes.

Kimberly was not an employee of McBee but her uncle, Randy was and it was Randy who helped raise the money for not only Kimberly’s funeral but also, her wake with the help of McBee Homes employees raising $21,000.00 just two weeks ago at a fundraiser that Kimberly attended in the Stockyard area of Fort Worth.

When families don’t have funding for a funeral or medical treatment- you need to be creative in order to help them raise the money.  Often, these folks are your coworkers, your neighbors, your church members and if you have nowhere else to turn- often myself and my team. It is shocking to everyone that Kimberly passed so quickly after the fundraiser but perhaps the reasons lie deeper, you see she was aware of the financial burden that passing would pose on her uncle Randy and upon recognizing the money had been raised, may have decided that she could finally give up her fight against cancer that had begun in her colon and later spread to her liver and bones.  I believe that you can “give up and give in” to death because I’ve witnessed it myself while volunteering as a hospice clergy at 4 area hospitals.

My dear friend, Tammi Leggett watched her father, James, struggle with a head injury that would eventually take his life.  He hung on however, grasping at life until Father Jim came to the hospital and administered his Last Rites.  Why? Because he realized and recognized that death was imminent and came to peace with it.

My grandmother requested that my twin sister, Cindy Daniel and I locate her living brothers when she became ill and waited until we called to tell her that her brother had left DFW on a plane before passing.

You see, when you accept your fate and are at peace with death, death is no longer something you fear.

Finding funds for families who have no burial insurance is becoming more and more common these days.  Why? Because it is something that no one “wants to prepare for.”

Three days ago, my father called me to take him to the hospital after apparently fainting in his bathroom.  Arriving at his home (five blocks from mine), I found him unable to control his hands or even walk on his own.  I called my friend, Tammi Leggett to help me get him to my car after he declined my advice of calling an ambulance.  Aging parents are a problem for everyone.  My dad had a quadruple bypass 8 years ago and isn’t in “good health.”  He waited in the emergency room for 24 hours waiting on a room in a hospital that was overcrowded due to flu and phnuemonia.  Yesterday, I spoke with his doctor regarding his continuing difficulty walking.  My concern is that he will be unable to navigate his home with numerous stairwells and neither myself or my sister can be there at all times since we both have families and jobs that take up a large portion of our time.  After the death of Gretta, our beloved lady with whom my father shared his house for 6 years, my dad no longer gets out often.  Although we encourage him to attend events and socialize- he lost his “zest” when he lost his companion and there is nothing we can do to fill the void of her passing.

Today I will be bringing my father home from Harris Hospital.  They think his blood pressure medication causes his heart to stop.  However, he suffers from hardening of the arteries in his lower legs and this is a problem that cannot be “cured” with surgery due to his failing health.

Last year during a trip to see my brother in North Carolina, my father was hospitalized numerous times with the flu and phnuemonia and has never fully recovered.

As I attempt to prepare my father for returning home and the realization that we may need home health care to assist him during the absence of my sister and myself- it becomes apparent that there are “no easy answers” when dealing with heart disease or even cancer for these “dark strangers” lurk in the many hallways of the hospitals I visit and bring with them the sorrow of no “miracles of medicine.”

Preparing for the death of a loved one is a heavy burden.  When Gretta passed and even my grandmother, my sister and I carefully selected their clothing, their jewelry and their makeup. 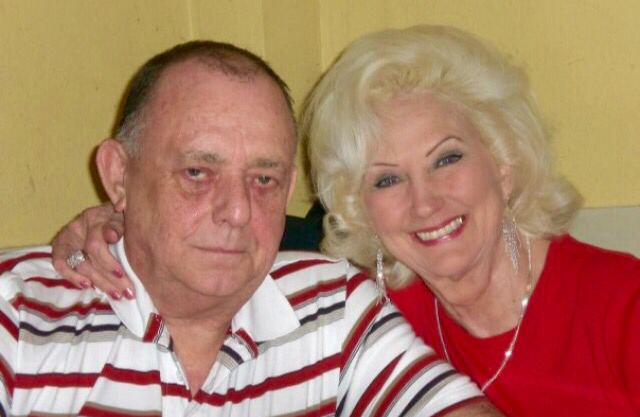 We wept for the loss of no more smiles, laughs or sarcastic humor from these two very different individuals and we realized that Gretta touched our lives far more than many, we still mourn her today.  Visiting that house without hearing her holler “hey Sug!”  Leaves me with a void that will never be filled by anyone else.  She was hilarious, outgoing and opinionated. 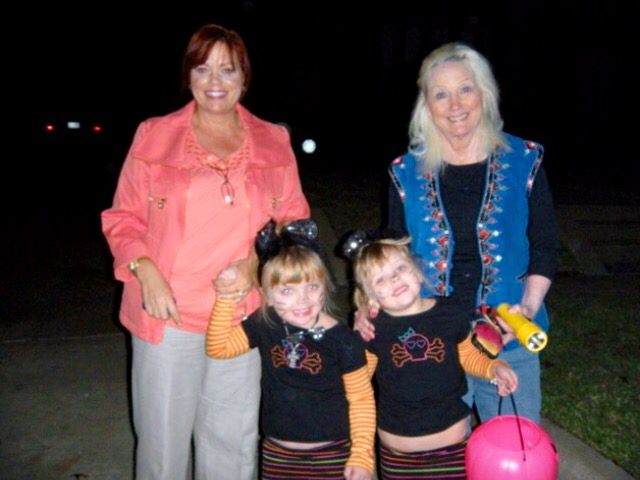 The laughs we had with Gretta and the fun times we shared going everywhere with her were more fun because she was and will always be- the life of the party!

She was the light of that big old house that kept it warm and happy and she will forever be missed everytime we pull into the driveway.

Today as I prepare to bring my father home from the hospital, I recognize there will be a need for him to have help come in when my sister and I are not available.  It is with a heavy heart that I make arrangements for someone who was once so independent to now have help come in.

Gretta had brought him home and cared for him after his bypass surgery.  She took him under her wing and a few years later, my dad would do the same for her as she struggled through radiation and chemotherapy.  I will always be sorry that she died thirty days after starting the treatment that I had believed would cure her.  Cindy and I had been busy setting up my new home near theirs and had no idea that her health had taken “a turn for the worst” because my father didn’t want visitors.  We know she would have wanted us there with the little twins who brightened her life and her day.  The phone call from my father advising me that she was gone had shocked and saddened me as I raced to their home to find her already gone- my heart will forever be broken that the opportunity to say goodbye was taken from me.

Getting old isn’t fun and becoming ill is even worse…don’t take life for granted, tell your friends and family that you love them everyday.

As I pull into my fathers driveway, I realize that this house without Gretta is an empty shell, the “life” of laughter and Gretta cooking in their kitchen is now lost to me and it will never come back.

My dear friend Glenda Patterson had been so happy to visit Colorado and, I’m certain, enjoyed her visit with friends  but, her sudden death had me scrambling to get her home again.  I “liked” her happy posts on FB and along with her friends and family still can’t believe she’s gone.  You see, death is sudden.  It is shocking and, it is imminent for everyone.  Living your life as if there were no tomorrow isn’t an easy task but, you will have no regrets…

A “Pawning Party” What Is It And How Does It Work?  Wendy Wortham Explains The “Pawning Process”

In Case of an Emergency- ER vs. Urgent Care Choosing the Right One-Travels of the Pawning Planners…