Growing up in California during the 60’s and 70’s my twin and I regularly saw a protest to protect the whales or a protest regarding a book burning at the local library. That’s right, in those days NO ONE needed violence to get their point across! During this period all protests were relatively “low key.”  While we had witnessed many protests, it would not be until my father hired a baby sitter from London, that my sister and I would become “participants.”

My Miss Dorothy was shocking in appearance with her jet black hair and dagger long fingernails.  At my first meeting, I must confess that she put me in mind of a wicked witch.  Her accent was very uncommon and I had never heard anyone speak with an accent from abroad prior to meeting her.  This woman would be the FIRST positive influence in my life.  Years later, my surrogate mother, Virginia Malone has many of the qualities and opinions of my Miss Dorothy.

At the time, I did not speak. My chronic  stutter prevented me from attempting to engage in conversations. I had learned to listen rather than speak in order to keep anyone from losing their patience by attempting to speak with me.

My fright of Miss Dorothy soon left after realizing her kindness and passion made her an advocate for these motherless children.  She was a fearless adventurer and a protestor for many things that were important to her.  Subsequently, I was wearing a sandwich board at a very young age and meeting some very strange and interesting folks while doing so.  These people didn’t care that I didn’t speak and they didn’t care that our mother had abandoned us.

For years, my life was spent reading books.  Reading helped me escape my life and gave me a window of fantasy that I sought my refuge in.  The library was my favorite place on earth and I spent all of my available time within its sacred walls,  It was my place of worship, a place where no one called me retard or told me that I was so ugly that my own mother had left me. 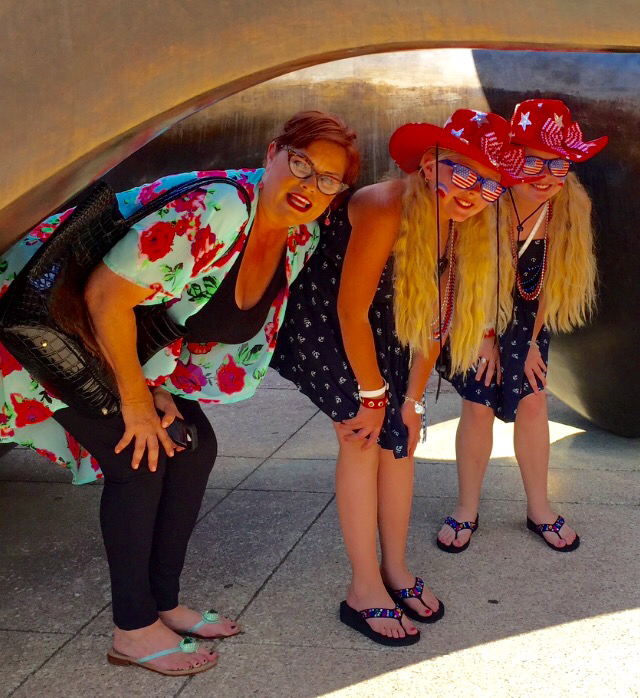 You would need to understand that I was buckteethed.  This on top of no mother, my refusal to speak and the fact that I was a twin (very rare at the time) made me an “easy target” for bullies and, I was regularly abused at school when not with my sister who protected me.

One summer afternoon while walking home from my special education class (I hated this class perhaps most of all since the staff assumed that I was retarded rather than digging deeper to understand my speech issues) a group of 6-8 bullies surrounded my sister and I while trying to walk home and began to throw rocks and dirt clods at both of us while calling us witches.  You see, I did not need to speak to my sister, we communicated without talking and these ruffians were searching for a reason to beat up anyone regardless of the facts.

Throughout my life I’ve learned many things but most of all- I have learned discrimination. Whether you were a different color, spoke a different language or lived a different lifestyle- you were “singled out” for being “different.”  I was different and, I never fit in anywhere.  We had a melting pot of family members who were full blood Indian or Irish or Polynesian.  On top of everything else- this surely didn’t help matters for two twins with red hair, olive skin and no mother.

I read everything I could get my hands on and found encouragement from my Miss Dorothy.  From Encyclopedias to menus, to magazines to law books and history- everything fascinated me!

My desire for everything outside the world in which I learned would come in handy years later when I divorced my first husband who readily admitted to beating me but, told the social worker during our custody battle as his rationalization for doing so ” it was the only way that I could make a point with her.”

I immediately went to the law library and started researching custody issues and if you’ve never been in a fight regarding the only thing you cared about, you child or children, you will never understand the very painful and lengthy process involved. 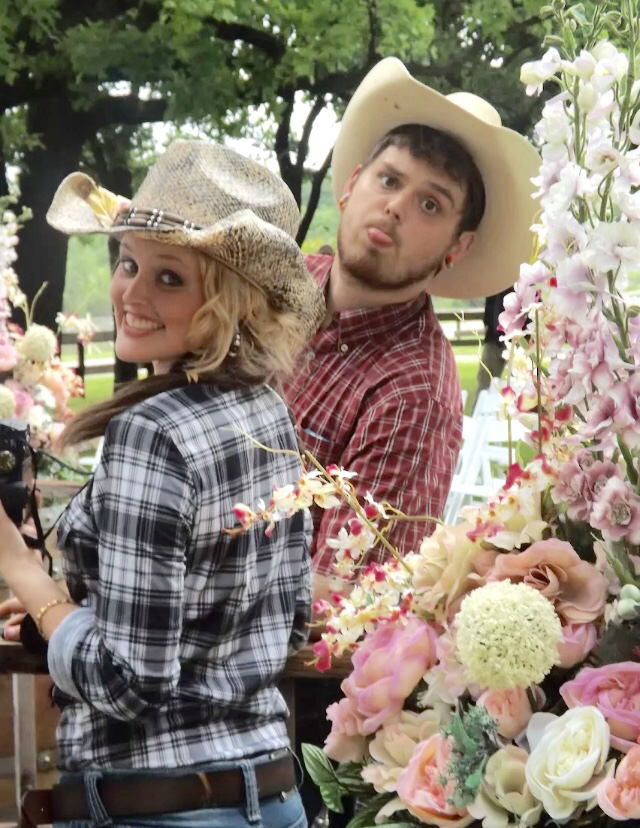 Following the custody battle, my current husband, went broke during the real estate crash.  Unemployed for three years, we watched while our cars were repossed and struggled to save the only asset we had, our home.

We were sued 12 times over defaulted debts and developments and it was I who fought these lawsuits and won while establishing a consumer site with information on how I accomplished this arduous and painful fight for four years of my life.  Are you surprised? Don’t be for I am a warrior who has been a savior to many and a slayer of a few.  I’m a lover not a fighter but, should a battle commence it is often my opponents underestimation of my intelligence and perseverance that is his downfall. 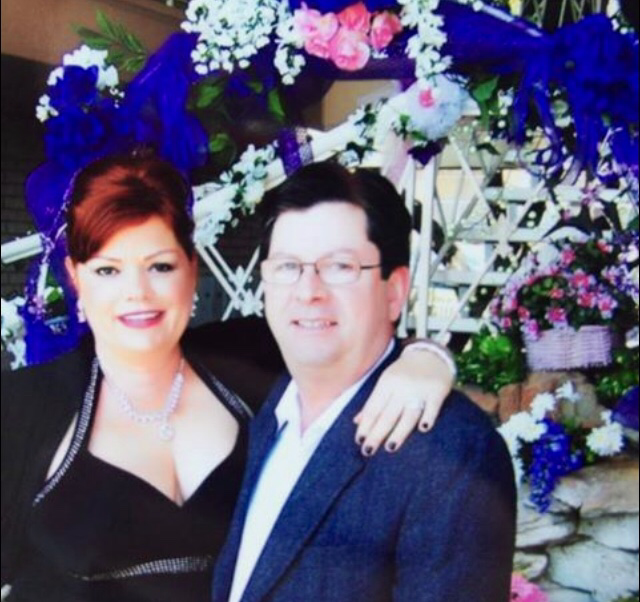 www.debtsurvivalinfo.com is owned and operated by me.  What many folks don’t realize is that thousands of consumers who had no idea what was happening with destroyed credit and default judgments suddenly had information they could use to defend themselves in an erroneous lawsuit because I had sold my own possessions to establish and maintain it and because I cared enough to reach behind me and give a voice to a stranger who was lost in the hellish hole of debt.

When I became ill with thyroid cancer, my employer fired me and their lead attorney filed a formal complaint accusing me of practicing law without a license. I defended myself before the Supreme Court of Texas.  That’s right, I defended myself since I didn’t have $20k to hire a criminal defense attorney.  My dislike of attorneys is well known and, my logo offends them. It’s an accurate description of what I saw for YEARS in courtrooms across four counties.  That’s right I spent years watching the “cattle call” of lost and confused consumers herded to the gallows.  I had to in order to understand the process and wrote about my experiences over a four year window in order to assist the new victims of debt lawsuits. 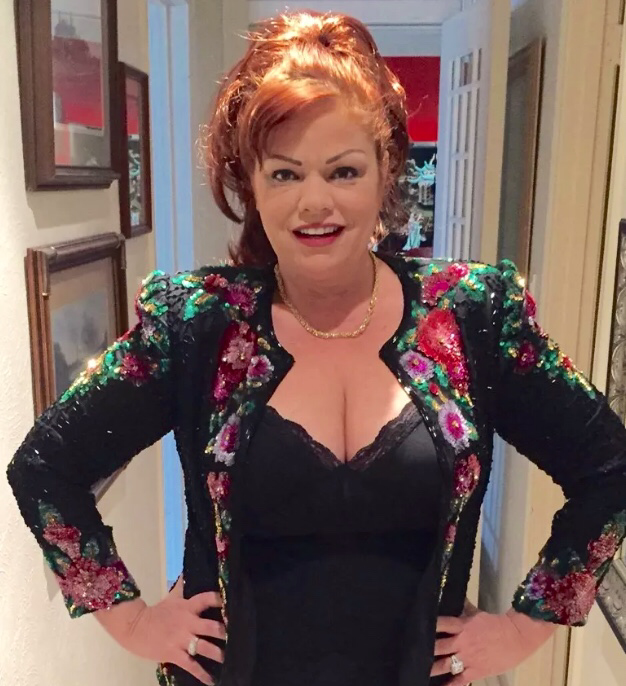 When I sued my former employer for firing me while on medical leave, cancelling my insurance and finally accusing me of practicing law without a license- the accuser (attorney) removed the case to federal court and filed a motion to dismiss as my lawsuit had not been filed to the federal standard.  I amended it to federal standards and won the lawsuit.  You see, what you don’t know about me is far more interesting than what you might think you know!

I’m perseverant, I’m passionate and I am a survivor.  Last Friday, a landmark decision to legalize same sex weddings came down and to a delight of many and dismay to a few, equality had at last been established.  My phone was ringing off the hook, my emails were going crazy and my community of friends within the LBGTQ community were celebrating a victory that had taken far too long to come.

My twin and I visited numerous courthouses last Friday and found that while Dallas had waived the waiting period- Fort Worth was dragging its Spurs in following the lead horse. 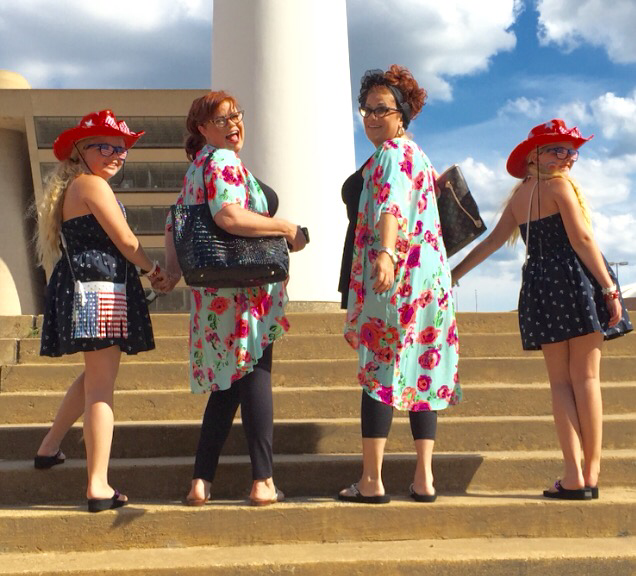 Parker county had told a friend of mine there was a SIXTY DAY waiting period.  While many were rejoicing, others were crying due to an Attorney General who had done anything and everything possible to stop equality in Texas.

Here is where my childhood of passionate protest came in to help.  Sitting in the waiting area and asked if I needed help, my answer was no that I was instead waiting on marriage licenses to be issued for same sex couples and, I was patient.  Four hours later,  a press release was issued that Parker county had “decided” to begin issuing licenses. 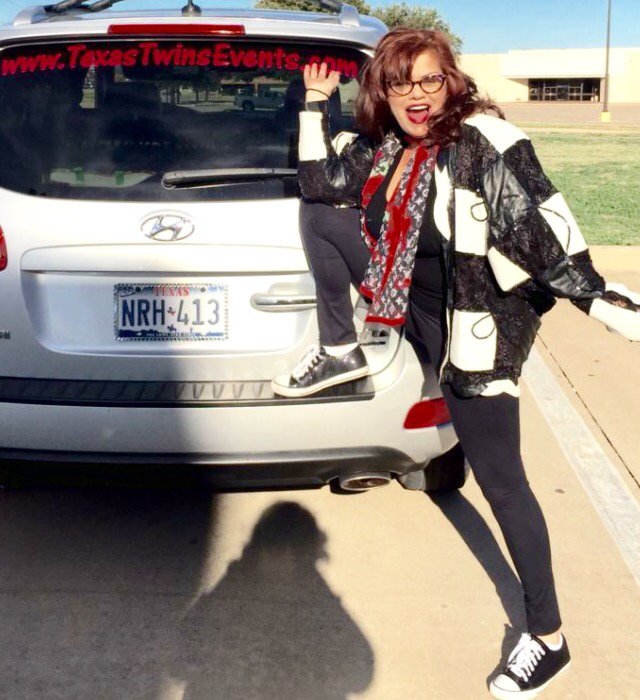 You see, fairness and equality aren’t a “given” they are fought for and they are hard won.  For all of the “Christians” spewing hatred and their “opinions” regarding a community that they cannot understand- I say to you “walk a mile in their moccasins.”

Families are families because they are compromised of people who love each other and deserve to have the benefits of marriage.

While I am not gay- I don’t believe I need to be in order to understand their plight as I’ve had many friends who were gay and, suffered a lifetime of discrimination simply because I was “different.” 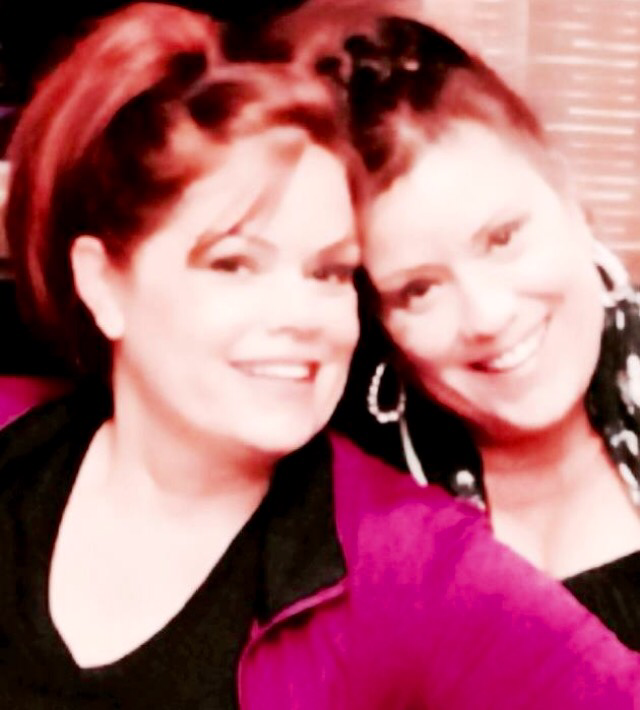 Rejoice in the differences of others- you might learn a few things like tolerance, compassion and empathy. 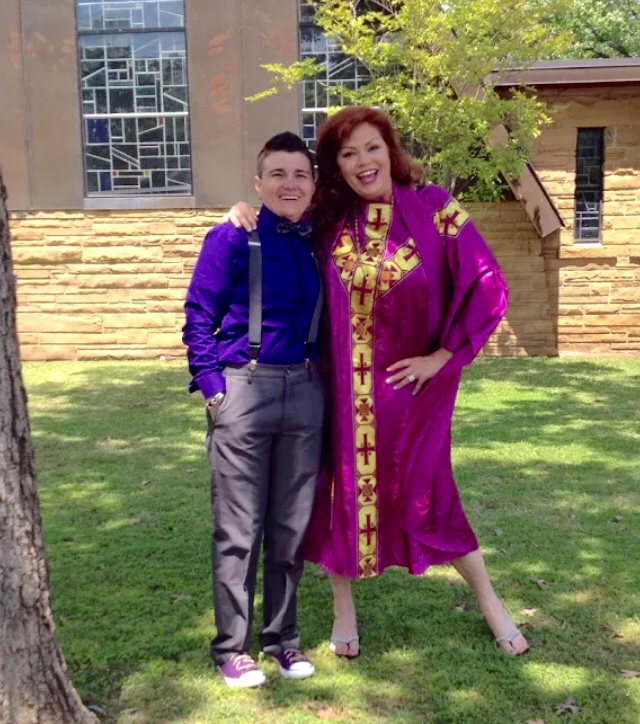 Wendy Wortham on the Wonders of Duct Tape…