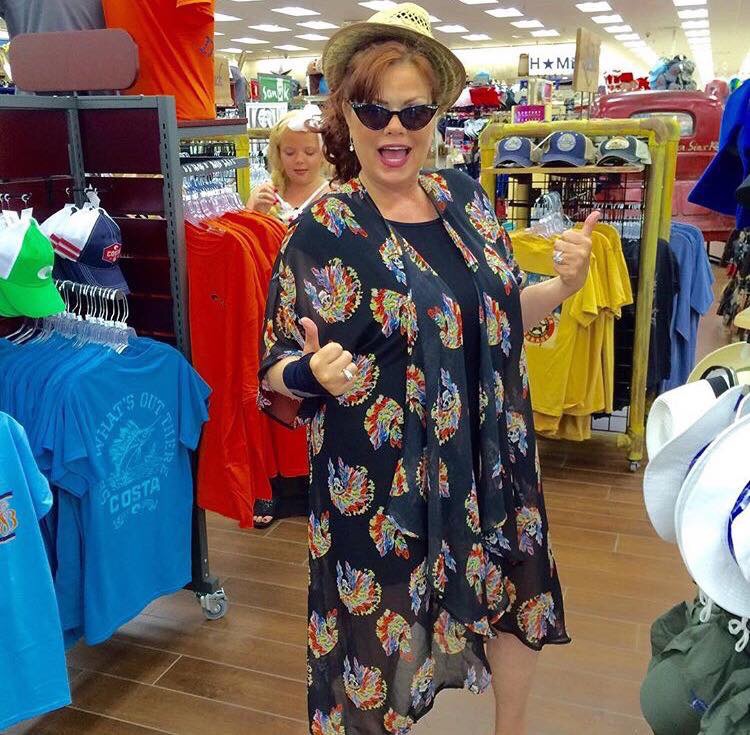 Groovy Grannies?  Why Our Grandchildren Think We Are Funny & Occasionally Corny…

Yesterday while driving Maryssa and Makenna to Hurricane Harbor with their friend Avree, storm clouds forced us over to Six Flags to wait out the rain.  Although my saucy sudekick and twin sister Cindy doesn’t ride many of the attractions, she decided to join us on the Conquestador and regretted it! For over thirty years, we have loaded up our kids and their friends to go to Six Flags, the circus and many other places and at our age we are still going strong so if the Little Pawners think we are “groovy grannies” we will take that title and run with it because it beats “goofy grannies.” Maryssa doesn’t like rides and Makenna loves them- they have compensating personalities. 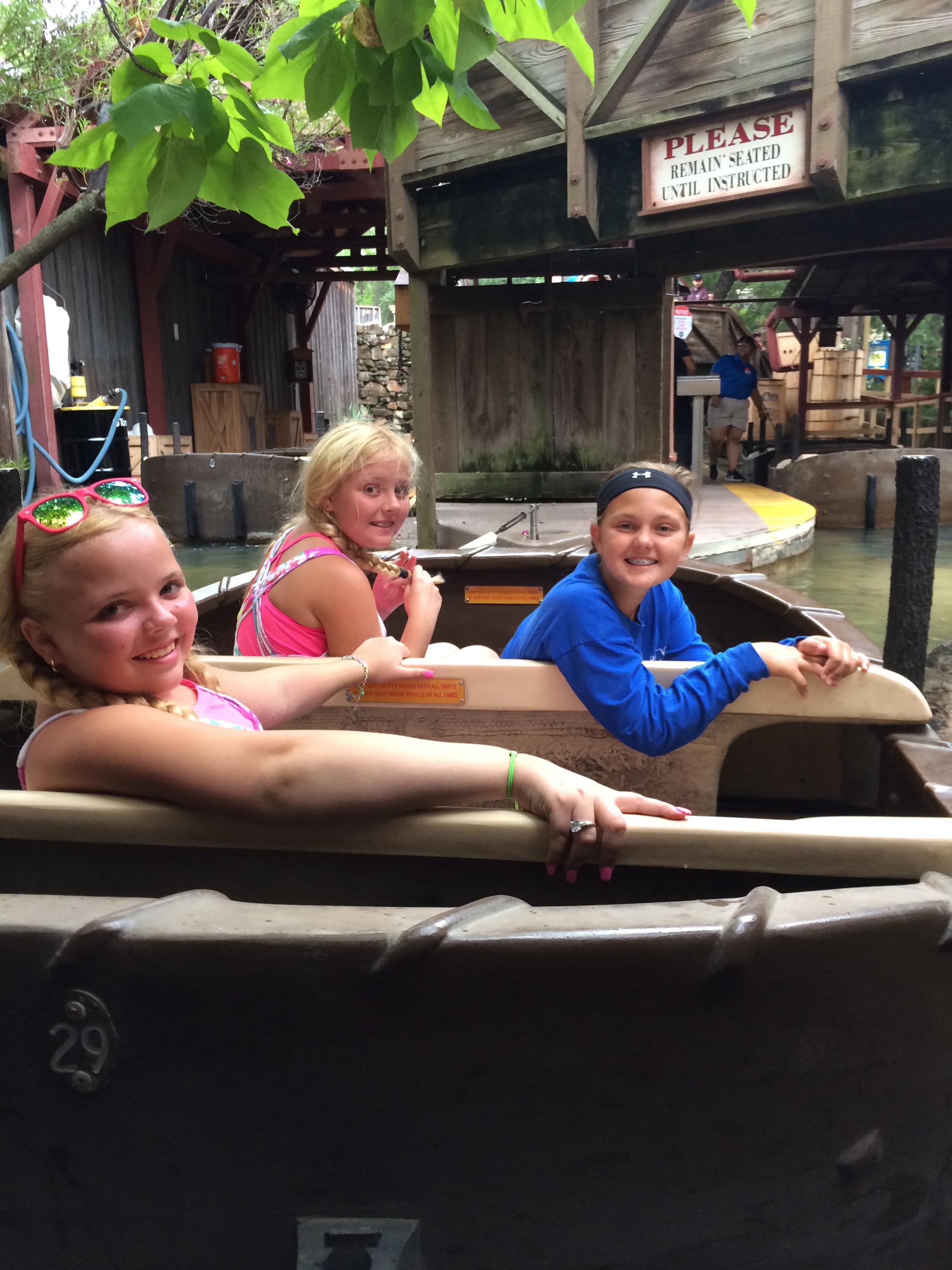 Since half of the rides were closed at Six Flags, we loaded up and headed to Hurricane Harbor but like Clark Griswald rolling up to WallyWorld- we were met with a sign that said “Park Closed Due To Inclement Weather.”

Hellbent on having fun- I suggested a movie and everyone got on Google to find show times for Pete’s Dragon which we thought would be a happy lighthearted comedy.  Boy were we wrong, within the first five minutes, both of the parents die and the boy wanders alone in the forest where his dragon comes to the rescue.  Twenty minutes of film show you the fun they shared and their bond before the crews come to tear down the forest and and find the boy who had been raised in the wild.  This movie is a real tear jerker and not at all lighthearted.  All of the kids were crying and I’ve gotta admit that I was too.

A few years ago, I took my surrogate mom, Virginia Malone to see Don Juan.  Thinking it was a romantic comedy- you can imagine my horror at discovering that the movie was closer to being porn than comedy!  I begged Virginia to go but, she had ordered food and wanted to wait on it.  For over thirty minutes I cringed from one nude scene to the next waiting on her to finish her meal completely embarrassed and unable to explain the confusion on taking her to our first movie together in 24 years and it was something both of us will never forget even though she laughs about it today.  The truth is that family outings are often an adventure and not always a “good time for everyone.” Someone is tired, someone is bored, etc.  Anyone who has been on a “family vacation” knows how hard it is for everyone to be happy and, stay happy! 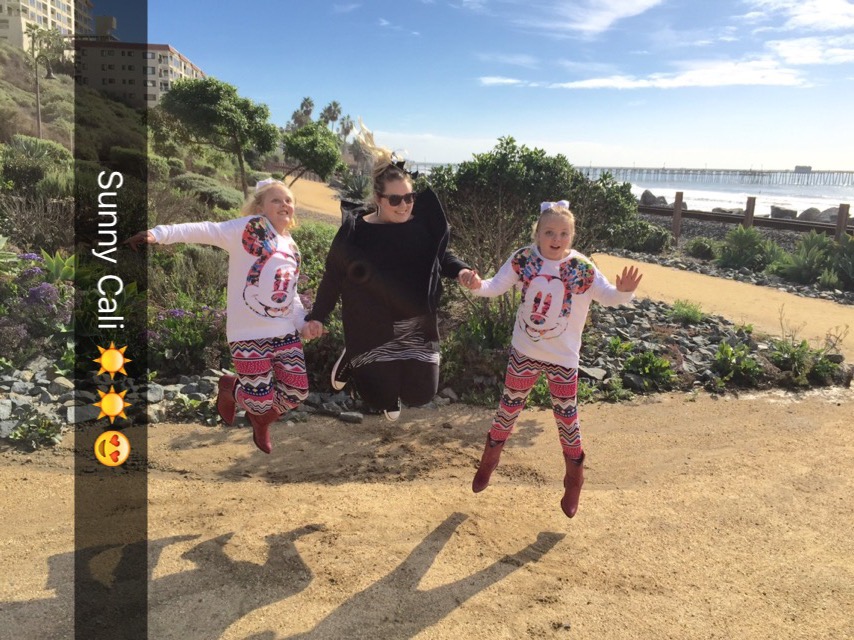 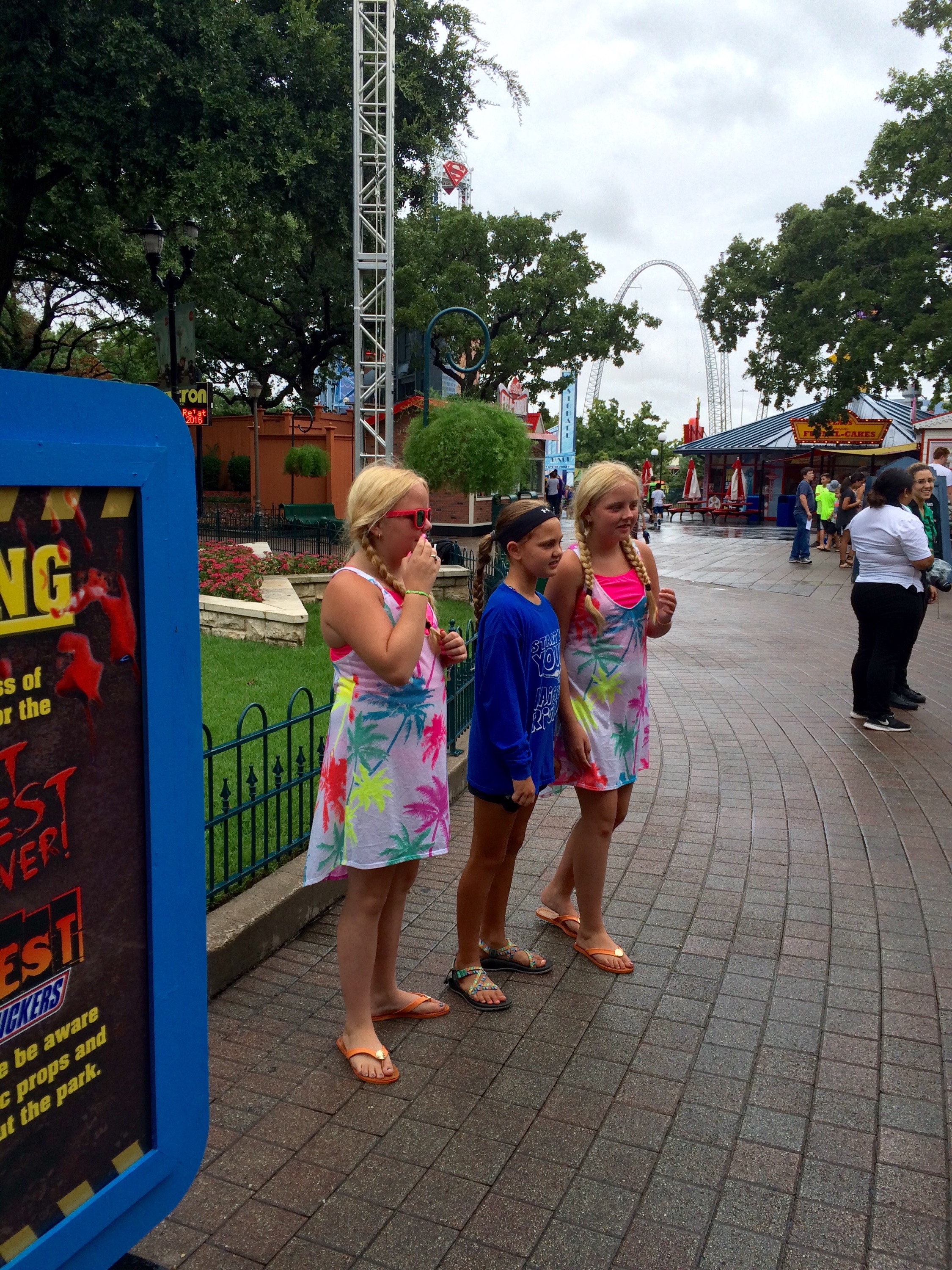 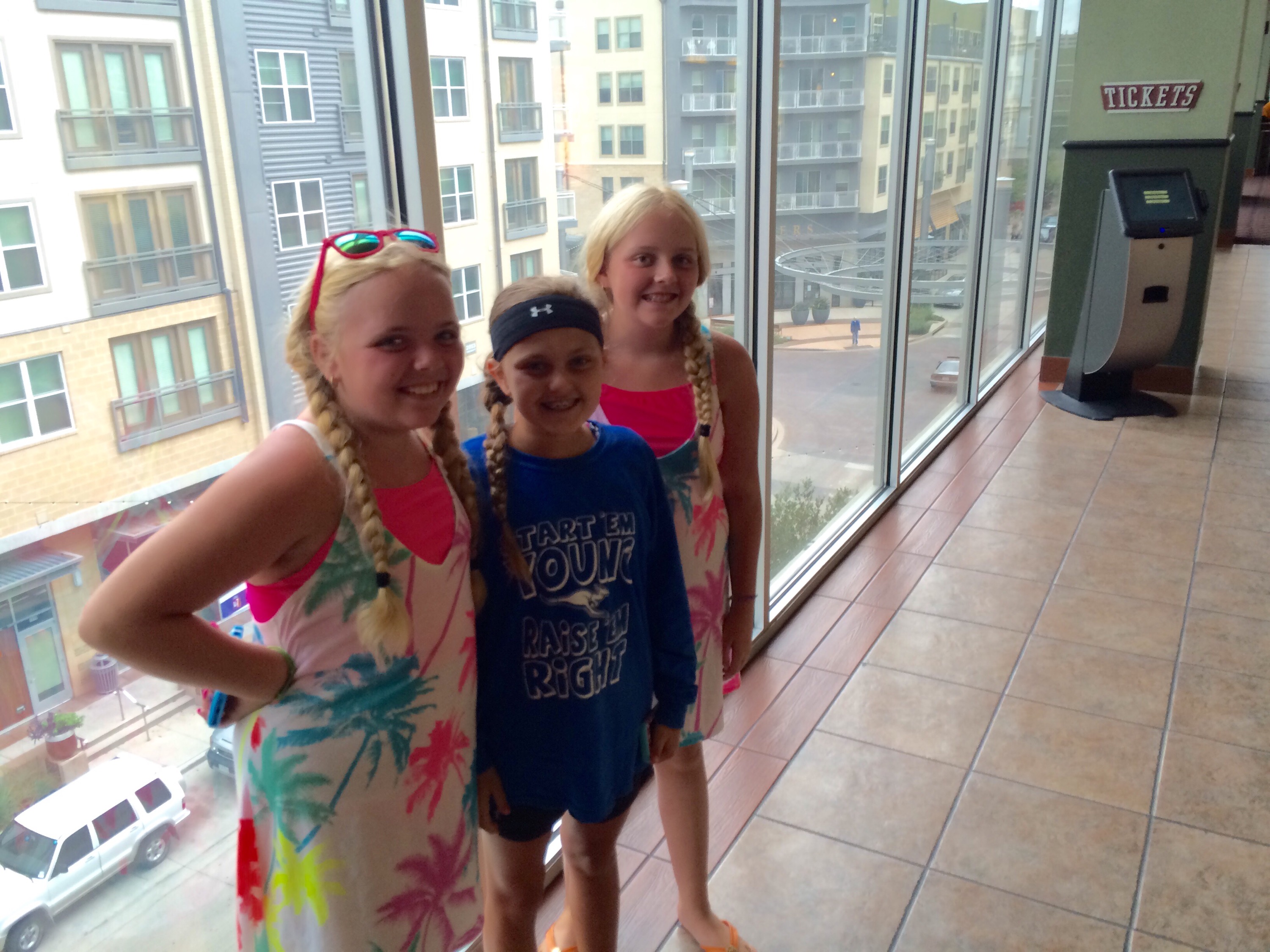 From road trips to rest areas and everywhere in between- our children and grandchildren along with their friends have gone here, there and everywhere in search of fun and adventure with Cindy and I at the wheel of our suv’s.  Our outings often mimic our events because when something goes wrong we are often forced to figure it out.

Yesterday a prospective client sent me a text regarding her upcoming wedding.  A precious client had referred her to me after her doubling wedding idea didn’t pan out and she now had to shoulder the expense of her wedding alone.  Amber told me her friend needed decorations and a wedding officiant but after hearing that her fiancé “may have already found someone,” I quickly advised her that loaned inventory is for booked clients and that if she wasn’t using our services in some capacity- we aren’t in the business of loaning inventory to strangers since I created the inventory as a courtesy to clients.

The next day, she sent another text advising that she needed a wedding officiant and “winter wonderland decorations.”  I quickly advised her that my warehouse isn’t Walmart and I don’t have a 100,000 inventory.  What I do have are bouquets, boutenniers, Centerpieces, cake stands, columns and in pink multi or red, black and white.  The inventory that I do have cost me a lot of money and time to create but having everyone’s “colors” on hand would be impossible.  My inventory is for families who have nothing and can’t afford to buy it themselves and for these families- it is an honor to be able to borrow items they otherwise wouldn’t have for their event.

Occasionally, when you give someone an inch they want a mile and if I were rich, I probably wouldn’t have created three unique businesses that directly target low class consumers.  Why?  Because I’ve been where they are and understand the struggle to afford luxury items and, when my son married, I had no one to help me make or buy the items other than myself.

Hiring a wedding officiant and expecting everything else, is perhaps one of the craziest requests that I’ve had but not the only one.

Clients are like blind dates, you never know what’s going to happen at an Appraisal Appointment, event or interview with them. 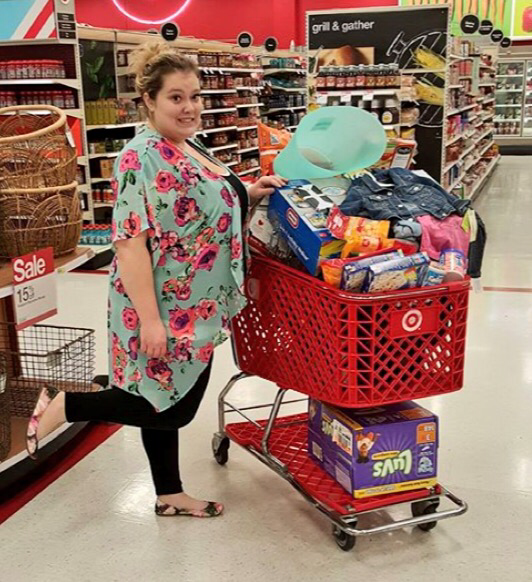 Now that Leigh Ann is married- we no longer find ourselves “rolling in the floor” with her hilarious descriptions of how the date went.  Creative by nature- Leigh Ann can take any song on the radio and make it hilarious.  Although she doesn’t think she’s funny- she keeps my family laughing all the time with her conversations about life and motherhood.

“Back in the day” her phone calls to pick her up immediately from a date and her reasons why we’re so funny that my sister and I were often crying from laughing so hard on our way to go get her.  We actually never expected her to marry because after 1 or 2 dates something always happened.

Now that the twins are 12, we wonder what dating stories they will bring home to us and often laugh at the honesty they show when describing a ride or movie.  The twins are far more funny than they think which is why even though our adult children are long gone- these groovy grannies keep going strong!  The twins keep us young and while we don’t like roller coasters anymore, we occasionally still “take one for the team!” 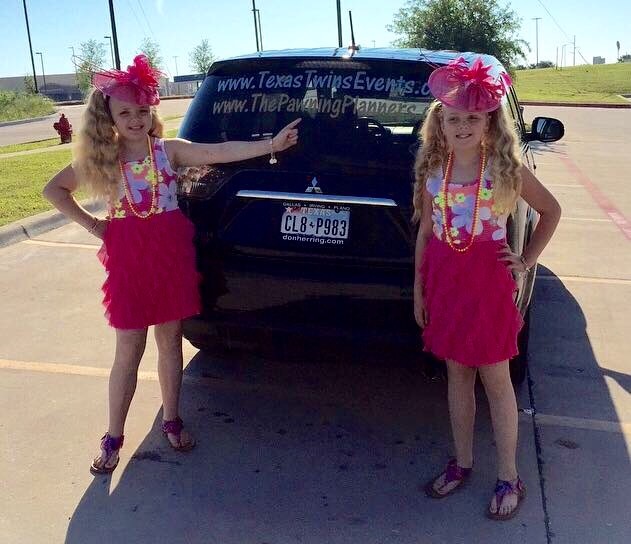 As we load up and travel to our next Appraisal Appointment knowing that next week the twins go back to school- we can look forward to their funny observations at the end of the day and their views about everything in between.