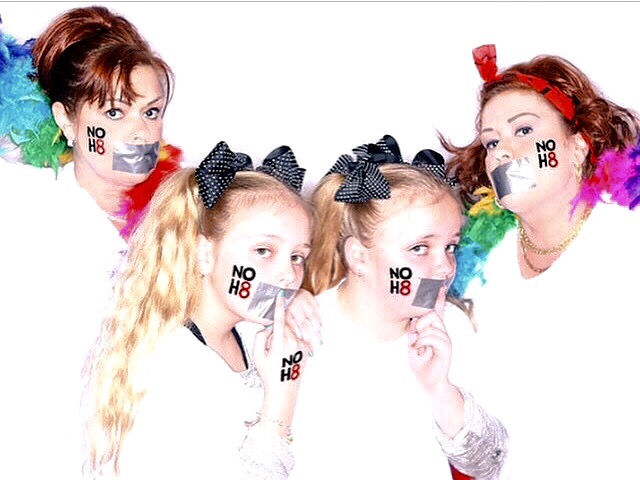 Yesterday afternoon I reviewed an email requesting a wedding officiant in Waco, Texas with less than 24 hours notice from an Air Force couple in Texas for a short window.  Normally, it’s difficult to work in a wedding but after falling backwards taking a photo of an elopement couple at my home Christmas Eve, I had taken today off to see an orthopedic surgeon and finally find some relief.  Luckily, my foot and I were ready to roll on another adventure by lunchtime and “get back to business!”

Malcolm Polk advised me that they had very little time to plan a wedding and wanted a simple ceremony at their hotel.  We chatted a bit and decided that the lake near the hotel would make a lovely backdrop. 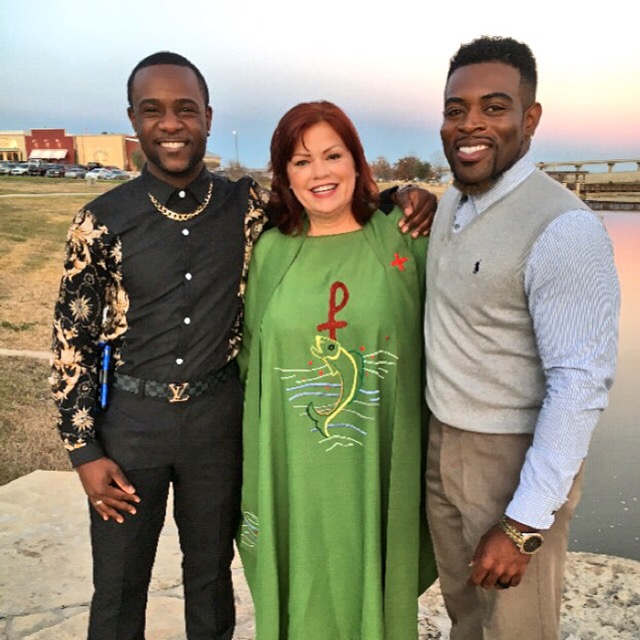 The very best part of my unpredictable events business are the wonderful people we meet.  I’m so glad to have had the opportunity to travel to Waco today.

I inquired as to the number of guests and location they had chosen not realizing there would be only three guests and no wedding party- I quickly asked about the pool area, a gazebo or even the hotel lobby for the ceremony location and instructed him to speak with the hotel manager.  Malcolm texted that he had secured the gazebo and I went to the workroom to grab Garland and a few Texas Twins Treasures items to add bling and zing to this event. 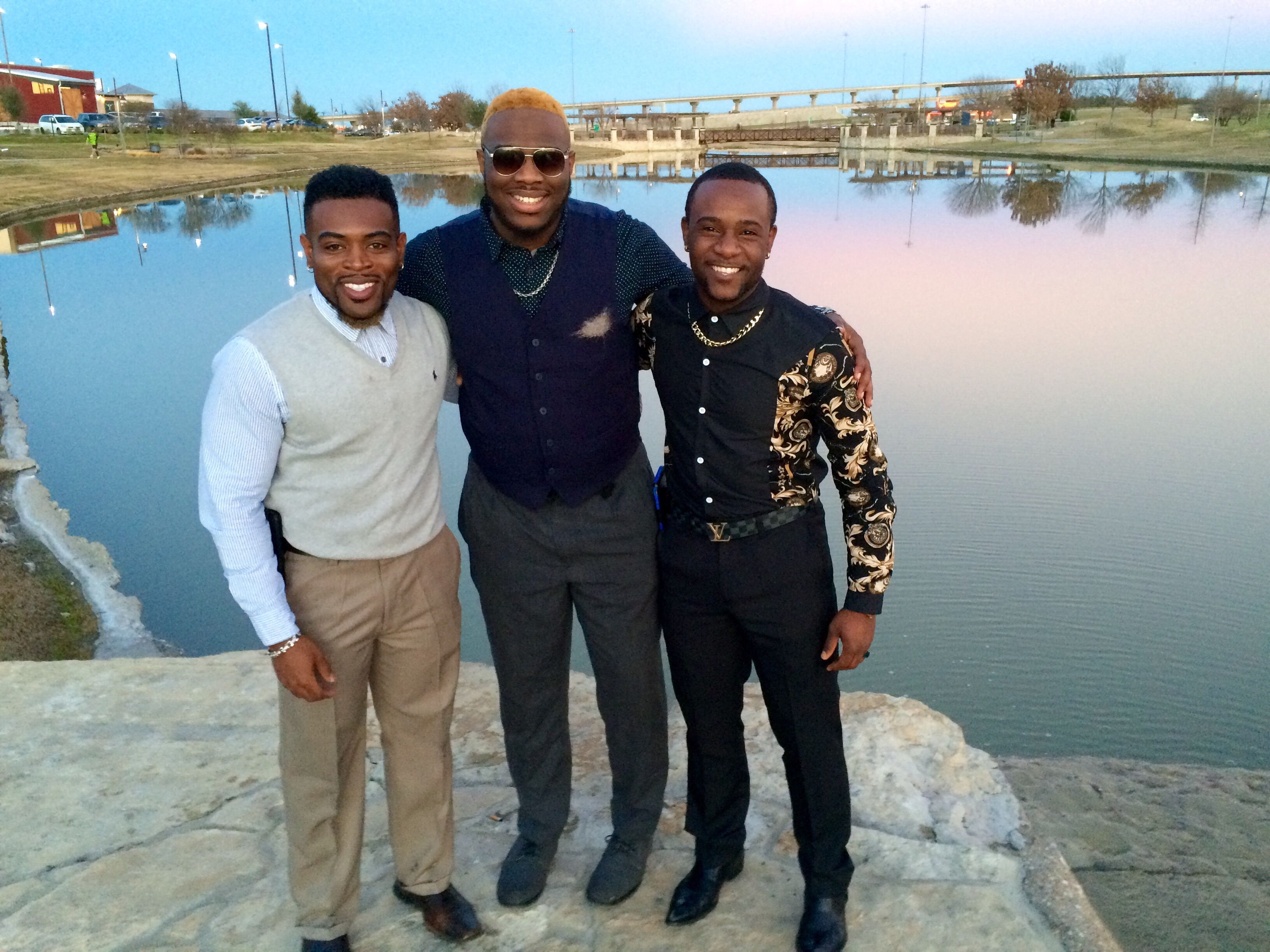 After walking him through the details and organizing this event for him I went downstairs to pack for my unexpected road trip to Waco.

Cindy and I were speaking with our friend, TJ Allard yesterday who was wondering if we ever “know what we are walking into?”  The answer is (most of the time) no.  From going through people’s homes, farms and trailers looking for a flip, swap or trade to showing up at the event itself and meeting families for the first time- I never know who I’m about to meet unless they’ve had a client meeting with me or we’ve scheduled a rehearsal. My “Trade Show Girl” persona comes in handy with a business that puts me in front of large groups of people often “winging it.” I often must take control when entering at an event with up to 300 guests which requires me to sometimes appear “bossy.”  Once at a wedding, the Bride’s mom walked up and said “Wendy, you can get all these people to do what you ask- no one is listening to me.”  I immediately instructed everyone to be seated so the ceremony could commence.  Often when there is an open bar, everyone is more interested in getting a drink than in taking their place which is why I suggest keeping the bar closed until after the ceremony. 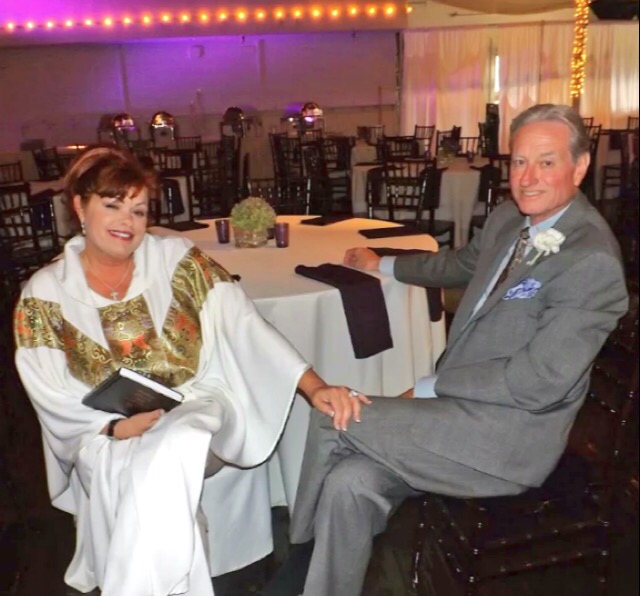 Walking into a strangers house that has contacted me regarding a “Dream Event” is often an “eye opener” for this Texas Twin.  I once knocked on the door of a home that had some 20-30 cats wandering around and changed my strategy by now asking if there are pets!  The truth is that every client is different and, every request submitted to this website is unique from the trade to the family submitting it. 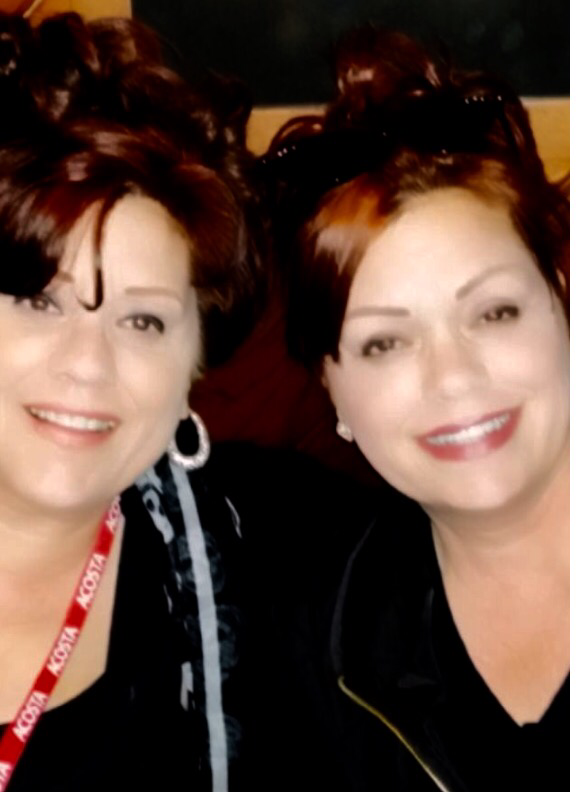 You see, with numerous pets (especially cats) the furniture is often difficult to flip and refurbish.  Because of this, we now inquire as to the location of trades submitted.  Barns can have snakes and other unexpected guests so, I often travel with mace and a small handgun just to be on the safe side.  Since we live in Texas, this isn’t unusual to our client base and luckily I’ve never had to shoot anything but have come across several snakes, a few scorpions and numerous large spiders- eek!
TJ laughed and laughed as we detailed our latest journey through a barn with a family that looked like they had just wrapped filming a Duck Dynasty segment.  He asked if we were ever afraid “rolling up” to farmhouses in remote areas.  The truth is, occasionally we are!

Once when we drove up to a barn with several motorcycles and men drinking beer- I nearly turned around and left before learning these burly looking men were Toys For Tots volunteers.  They were “winding down” from a long ride and the man who had contacted us was interested in a wedding for his daughter. 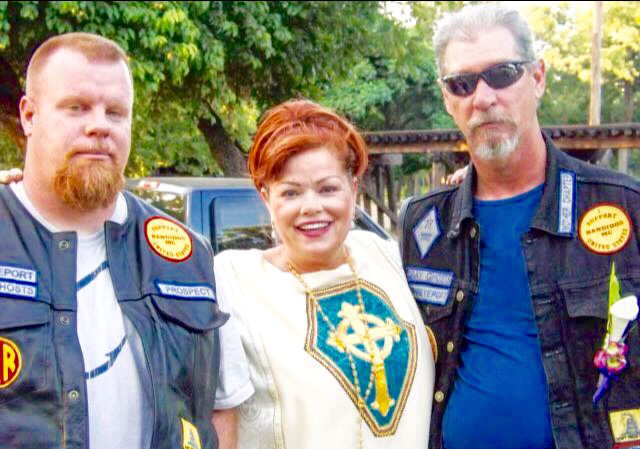 I never know what I’m walking into and lean heavily on my background in sales that spans some thirty years because let’s face it- my business is basically selling myself. From the religious ceremonies and services aspect to everything in between.

Reaching the majority of folks who don’t have thousands of dollars for an event often brings a far more diverse and interesting group of clients than the “average” upper middle class consumer!  Our clients are a melting pot of diverse backgrounds.

Had I not been comfortable meeting strangers and effectively “breaking the ice” and earning their trust, I wouldn’t be an effective salesperson.  Throwing in my saucy    sidekick, Cindy Daniel and her hilarious observations of our adventures just adds a little fun to our twinning team.  Cindy is entertaining to anyone and everyone everywhere we go!

TJ often is laughing himself as we go over an “average day.”  Let’s face it, these Texas Twins rarely have an average day and as I told Malcolm that packing a wedding bouquet and boutenier for this ceremony wouldn’t be a problem.

While my photography team from Texas Twins Events take the photos to gift this couple as a memento of their ceremony- I consider the sometimes surprising aspects and recognize that every now and then even I am taken off guard…but in a good way with wonderful people and warmhearted wishes to this couple who have honored me by asking that I officiate their celebration with family and friends later this year. 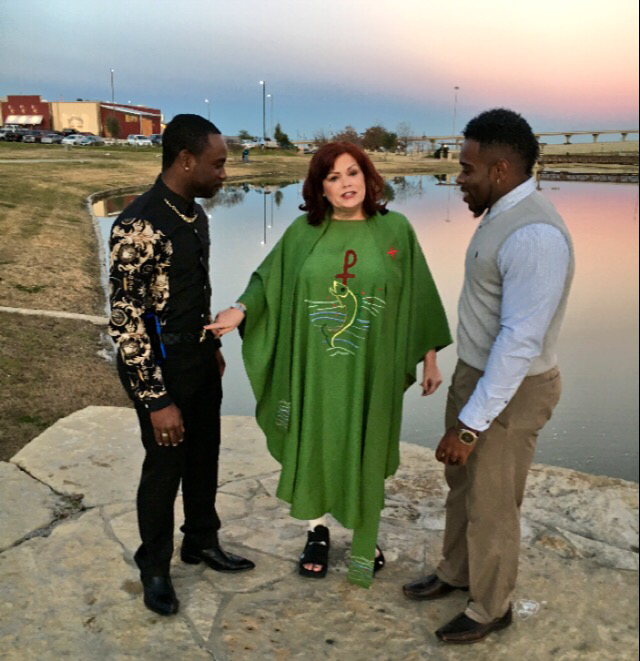 Christmas in July? My Tree and My Family Waited For Steve Daniel to Come Home For The Holidays…