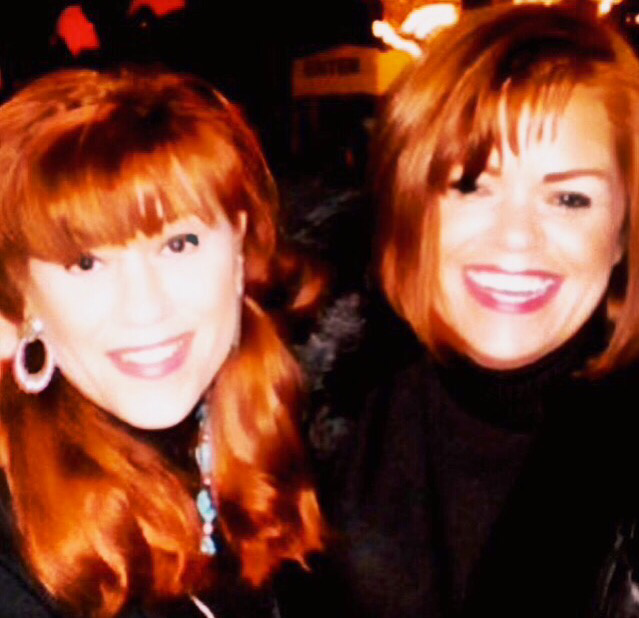 Hillbillies, Hoedowns and How Did That Happen?  Traveling With The Texas Twins!

There have been so many surprises at events and Appraisal Appointments that this blog is dedicated to all those wacky and wonderful memories shared with clients, their guests and my team. 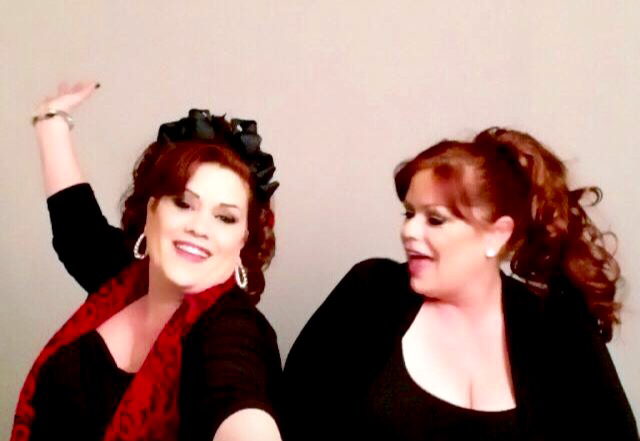 From the double knot tied wedding rings, to the music that wouldn’t start and the unity candle that wouldn’t light and everywhere in between- I’m occasionally looking around for a hidden camera!

My brother in law, Steve Daniel thinks these moments are hilarious and loves going to events with us because “the stuff that happens is more interesting than any tv show I’ve ever seen!”  It’s true from the comical to the crazy and everywhere in between, our events can’t ever fit into any box since every client and every event are different along with the unexpected thrown in.

My very first wedding some five years ago appeared to be going well until the bride approached the altar and a pick up truck driven by the mother of the groom continued to circle the park screaming “don’t you marry that bitch boy!”  Needless to say, trying to appear as if nothing was going on with the grandmothers oxygen tank going off every thirty seconds with a loud hissing noise added humor to an otherwise stressful ceremony.  Too bad it wasn’t loud enough to drown out the mother!

Once when trying to get some order among a wedding party drinking in the parking lot, I took my own airborn to get everyone’s attention to line up.  Yes, everyone was shocked but I have a schedule to keep and frankly, celebrating should be after the ceremony.

I’m a whip cracker, a task taker and occasionally mirror my GingerTwin Cindy Daniel who has something to day about everyone at every event.  She calls us Redheaded Rednecks and while my view of this hillbilly term is somewhat askew- if I have to act like them to get their attention by standing on a bale of hay–I will! 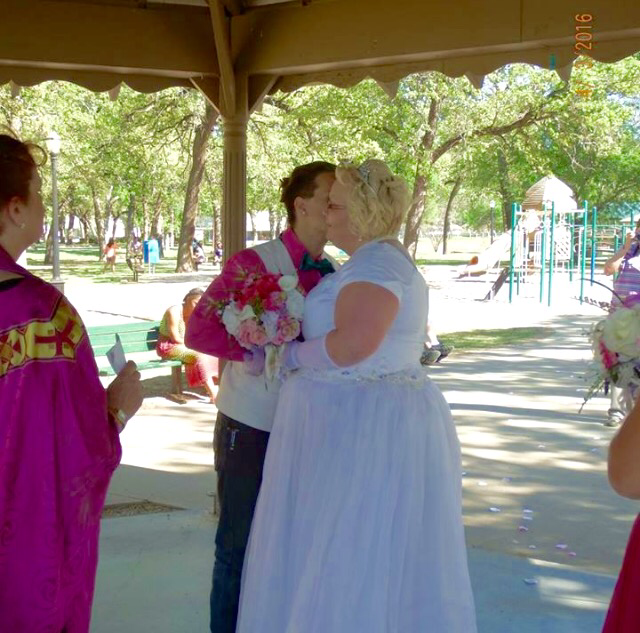 Drinking prior to a ceremony is always a bad idea for the bride, the groom and the wedding party.  Nothing is worse than having someone throw up on my vestment and shoes while trying to act as if it didn’t happen!  I suggest having the bachelor or bachelorette party several days prior to the wedding rather than the night before when most folks are still drunk at the wedding!

At one RedneckReality affair, a guest caught the loaned bouquet and insisted she was going to keep it. My inventory is loaned to 70% of Pawning Planners clients and used over and over with a quick change of colors and meant to be shared by everyone.  The bridal bouquet that should have never been tossed set me back $89.65 in the flowers and crystals alone and that was prior to the time spent making it myself.  I now make it very clear that if you plan to toss a bouquet you can either pay me to make one or, provide it yourself. 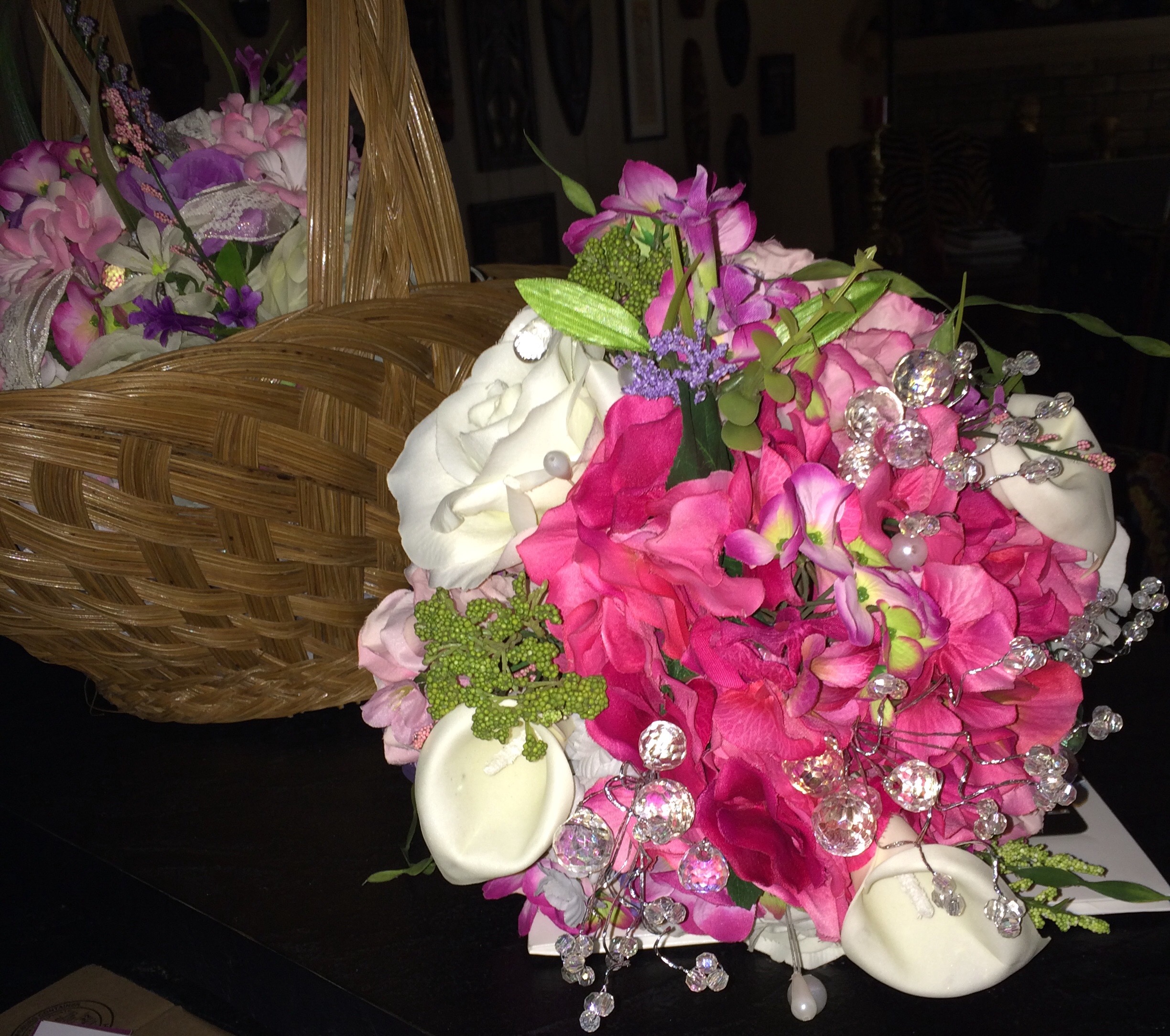 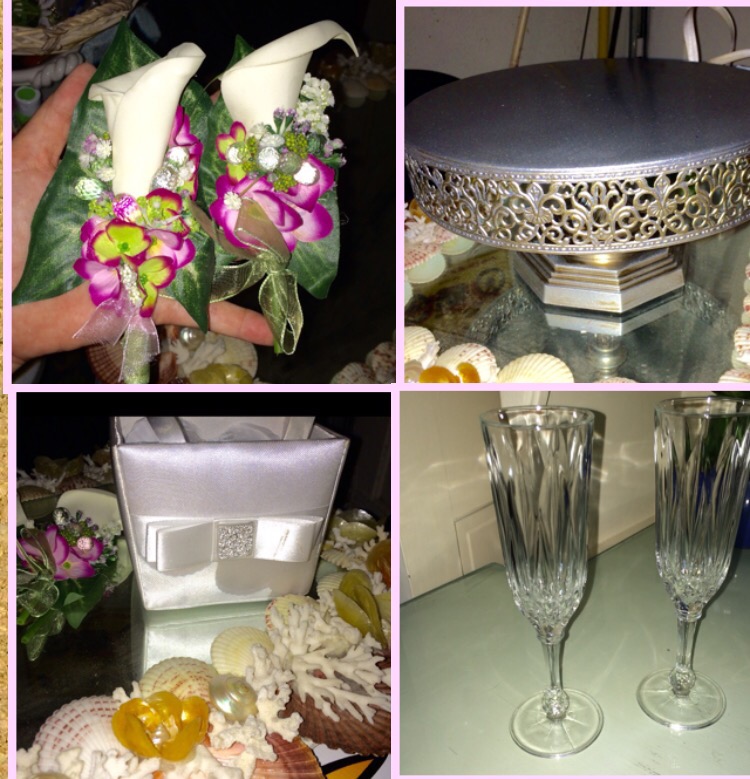 A huge argument ensued over the tossed and on loan bridal bouquet.  Thankfully, the outlaw who bothered to show up and didn’t bother to do anything else (as usual) and try to walk off with my property was talked down by the bride who explained the obvious to this “lady.”  Telling her that we had loaned everything necessary and two photographers along with our own Little Pawners to act as flower girls and even the champagne glasses somehow “got through” to the woman.

I didn’t create an inventory at great expense and time to give to anyone and expressly prohibit throwing or tossing my inventory loaned specifically to bring beauty to your event. While all the ruckus was going on over the bouquet,  I advised this loudmouth that my merchandise is going with me if it came down to knocking out the only tooth she had left!

Thankfully after ruining the wedding with her crass behavior- she listened to the bride and realized I was serious while throwing it back at me.  I’ve met a few thankless thugs over the years and the only way to deal with a bully is to stand up to them and believe it or not, I’m not afraid to call someone out or ask them to leave.

Some of these outlaws think it’s funny to disrupt a ceremony that I’ve spent a lot of time orchestrating- I Don’t. 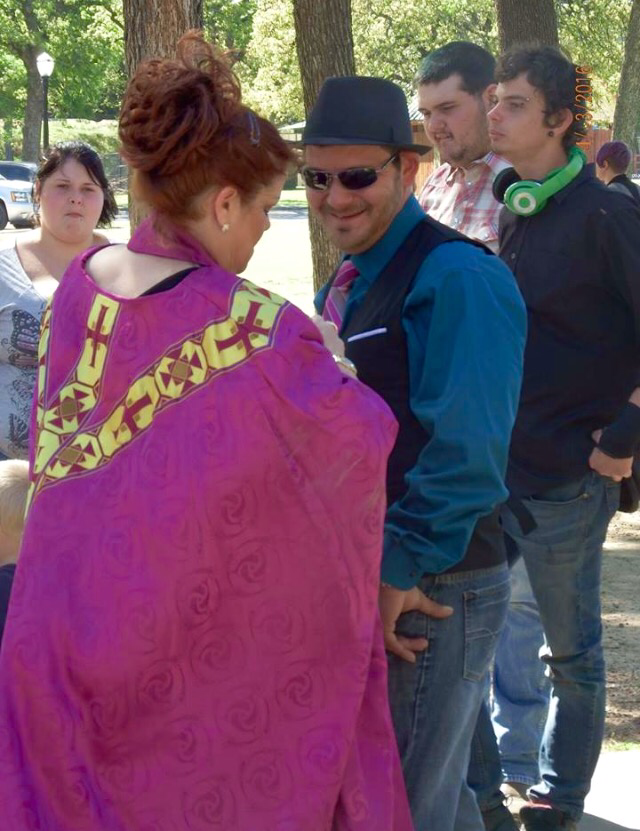 Most folks are surprised when I start acting like them but, I’m a chameleon after a lifetime of selling anything and everything to earn a living.  Don’t let my city slicker appearance fool ya because when it comes to a wedding heckler, belligerent guest or Bridezilla- I’ve got my own pair of bitch boots and ain’t afraid to slip EM on!

Some of these folks forget that I’m the only person willing to help them and listen to their story while my twin sister (a self proclaimed hillbilly) advises me that she could care less about their story and to #Cindyism “throw that book in the trash and show us the money or the trade!”

Going back to my very first wedding… There was no book detailing the inlaws or the outlaws to read.  Everything I’ve encountered and overcome in this business was a “trial by fire.”  I learned by experience and let me tell you- it’s one way to never forget what can go wrong with you standing there trying to figure out how to make it go right! For several years I was shocked at some of this behavior but now dealing with outlaws comes naturally.

Inlaws and outlaws are a pretty interesting bag of nuts- if they are inlaws of a sponsored family (no money and no trade) that we are helping at our own expense, they often don’t have the courtesy to bother thanking us for all we’ve done for their daughter or son.  Not our relatives, not our friends, but complete strangers who found our website or heard about us and contacted us to help them when their own family wouldn’t.

We’ve been lied to, yelled at and we’ve laughed with our new clients and we’ve cried about what jerks they are marrying into.  You can’t pick who your kids marry but trust me when I tell you that some of these folks should have had an interview prior to the wedding!

I once advised a bride (since no one else was going to) that her groom was a liar, cheat and scoundrel after he told me he had paid for a wedding cake by leaving the money at my home.  I quickly advised him of the 16 video cameras at WorthamWorld on surveillance and told him flat out that this was the third lie.  The first one was to tell me he had paid a venue.  The owner called to tell me he hadn’t.  Then he told me he had the license- he had never applied.  He also told me that after rescheduling over and over he wouldn’t be late causing problems for my other bookings and, he was.  Both parties must be present for a marriage application.  Due to rescheduling this wedding four times, I was at my whits end ya all! I told the groom I felt sorry for the bride and he needed to get his shit together!

Everyday has been an interesting journey of joy or grief depending on who we were helping and whether they appreciated our help.  Many funerals would have been without flowers had I not jumped in to help. Nearly 300 brides would’ve been without bouquets, boutenniers and other “extras” had I not created the inventory but—I saw a need a decided to do something about it.  Texas Twins Treasures sales fund the families who have no money and no trade.  Completely out of my own pockets, I help these folks and would appreciate some honesty and thanks for everything we’ve done but, it doesn’t happen often because when you give them an inch- they often want a mile.

A few summers ago, I dealt with a demanding diva who continued to ask for more, more and more while making promises to pay myself and my staff after the wedding.  That’s right, I was sucked in and wound up not being paid and having to pay both photographers, my assistant and even develop the film out of my own pockets.

No longer do I believe that these folks are telling me the truth.  Once, a bride lied to get a police discount and after finding this out- I now require proof.

I may look like a city slicker but I’ve struggled and sacrificed most of my life so I understand the variations between Texas Twins Events Clients (who have money) and Pawning Planners Clients (who don’t) and the ones that have nothing- no trade no money and no family or friends to help them.

I had no friends or family to help me and have never even worn a “real wedding dress” and much less had a wedding with anyone other than my sister, my son and my nieces and grandnieces because like my clients with no money and no trade- I was on my own “figuring it out” because no one like me existed back then.

I am the person I’ve never met, I actually turned around and reached back to help other families facing similar situations and I created three unique businesses to help anyone regardless of their income enjoy a Dream Event with the help of my entire family.

Here’s what I’m not- I’m not going to have my staff or myself treated badly by your inlaws and outlaws.  I’m not going to to “take any lip” of smart mouthed friends and family and occasionally- I’m gonna tell ya how the cow ate the cabbage if my sister doesn’t beat me to it.

The truth is that not everybody appreciates what we are doing for them but after all these years, I’m willing to pick up my purse, load up our suv’s and families and let some of these folks “figure it out.” I’ve learned to say no and if I’m pushed that far- I’m happy to wave goodbye in my rear view mirror too!

Winning Over The Inlaws & Outlaws? It Isn’t Easy But It Is Possible…