I’m often asked how such a close knit family gets along so well- the secret is that we don’t!  Being the matriarch isn’t an easy task but, I often have to take charge on location and if I’m busy my saucy sidekick and twin sister takes the reins for me. 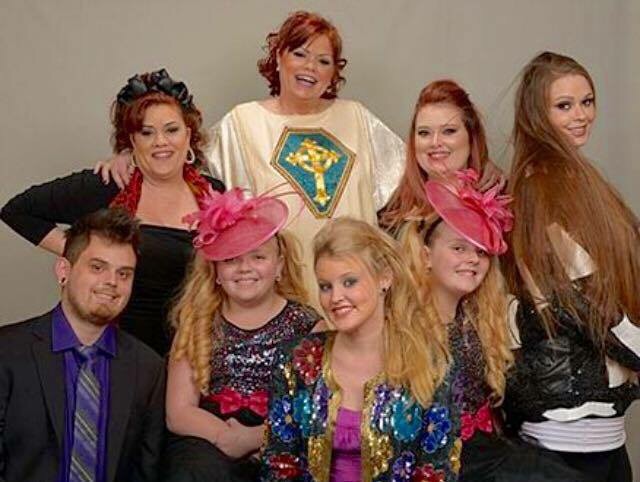 What’s the problem?  Well, everyone “thinks” they are an expert about anything and everything when we are on location.  Robert and Stephanie Hafele argue about lighting and camera angles as well as who takes the better photo.  Although they are married, what they refer to as a “conversation” is viewed as arguing by everyone else including my family!  Working together as the Texas Twins Events Team, we often “agree to disagree” with each other and what family doesn’t? 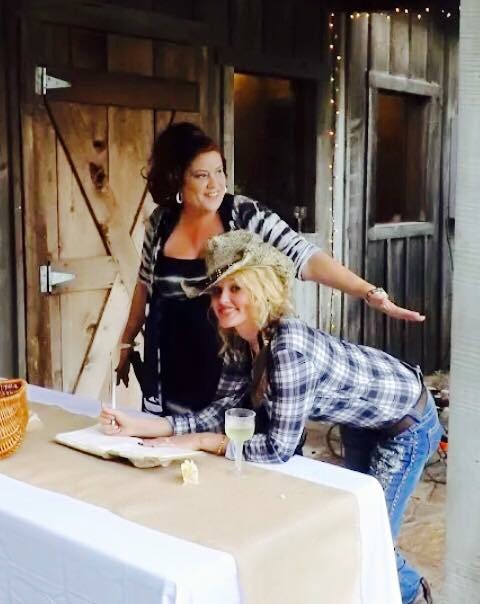 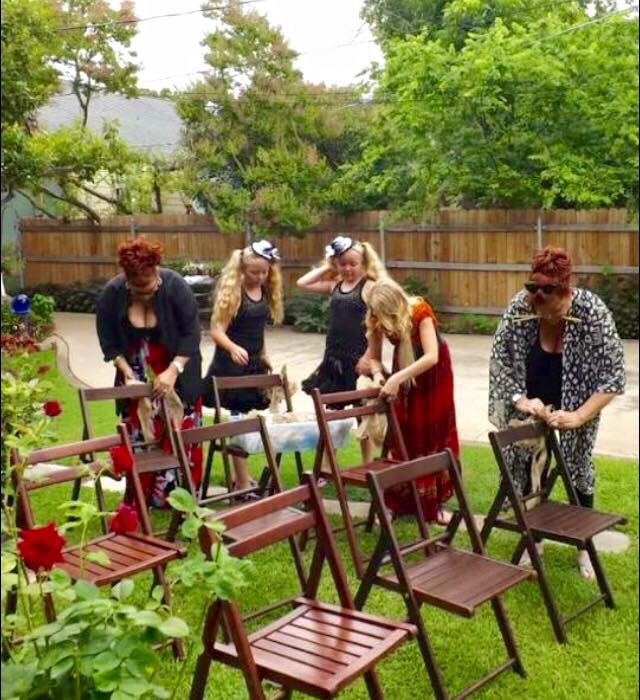 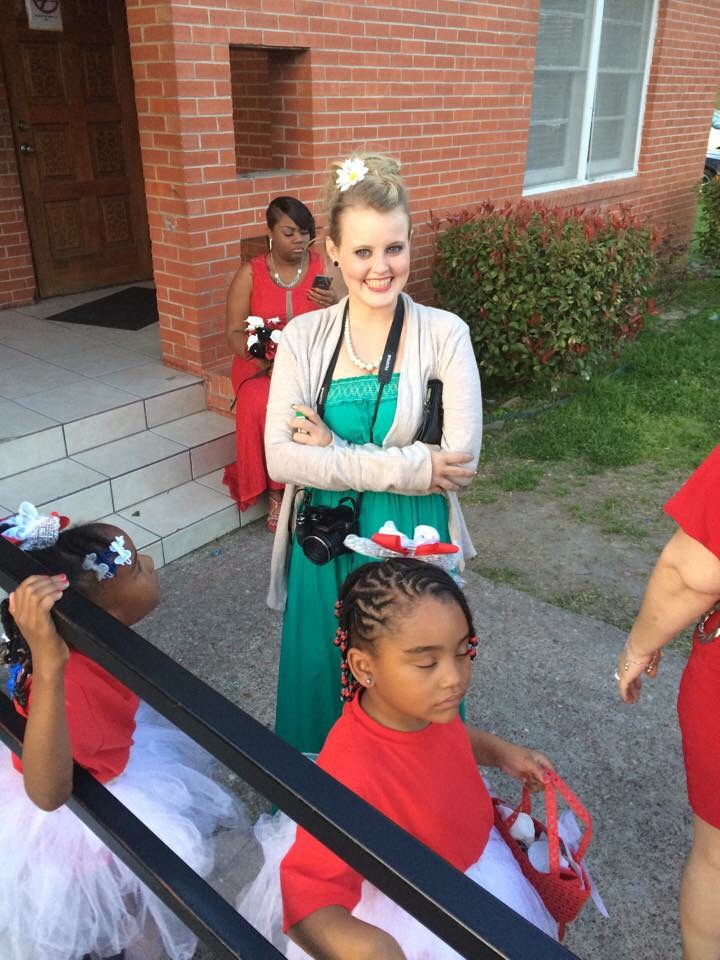 At a recent event, Stephanie decided to “take charge” during a cake cutting ceremony for an LBGT wedding where I was acting as the wedding coordinator and officiant.  Rather than try to start an argument, I stood back and videotaped this “incident.”  On Location With Stephanie Hafele Of Texas Twins Events- Meet My Daughter In Law!

Every unexpected event on location is called an incident (the broken tooth bride incident, the barfing bridesmaid incident, the banjo playing boyfriend incident, the bee sting incident, the bloody nose incident, the brawling brothers incident) I could go on and on after five years of “incidents!”  While on video my “girl team” appear to be best buddies- that coin can flip quickly and turn them into “frenemies” Leigh Ann Blais, Stephaney Mahaney & Stephanie Hafele On Location shows you what a happy and friendly group that both of my nieces and daughter in law make. 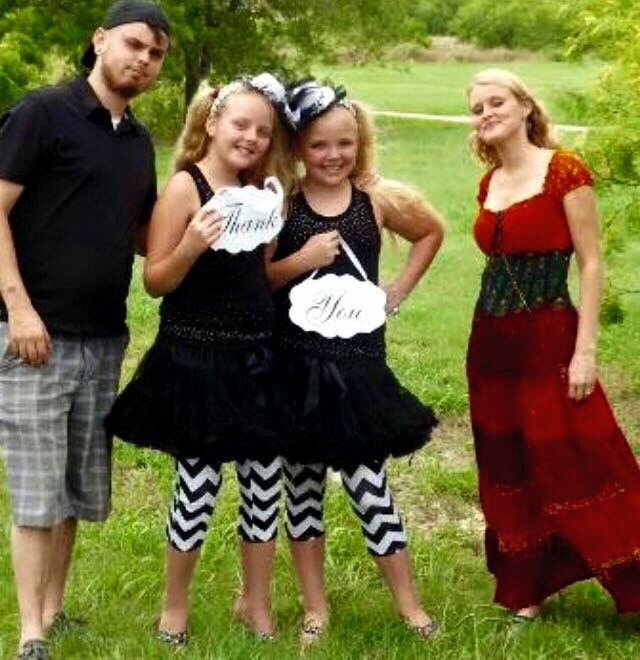 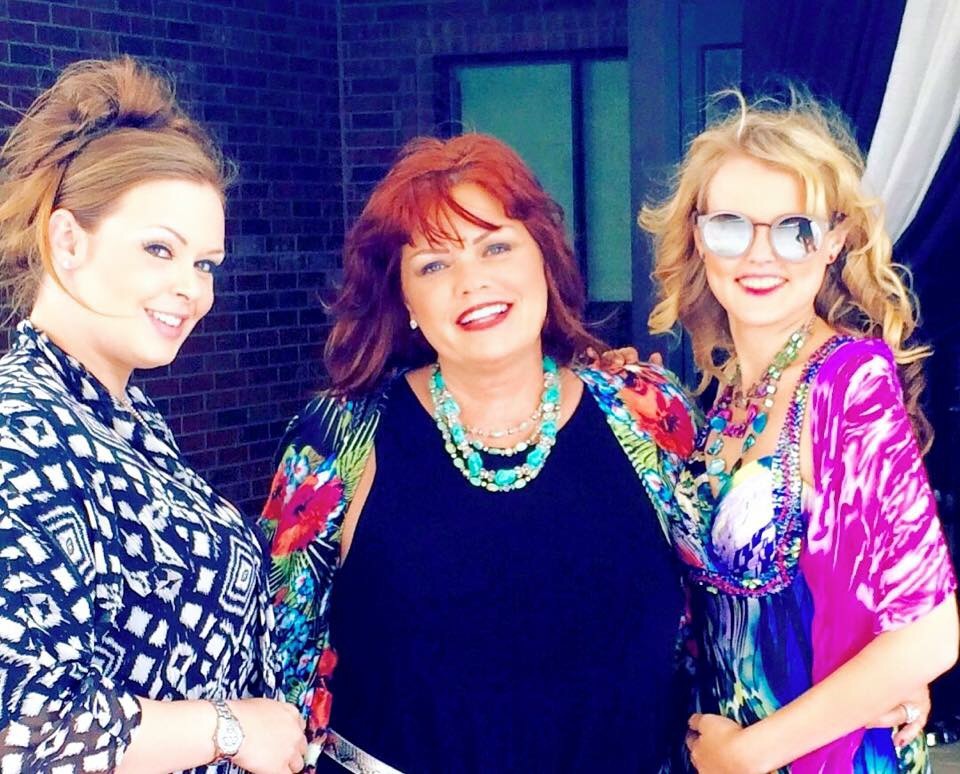 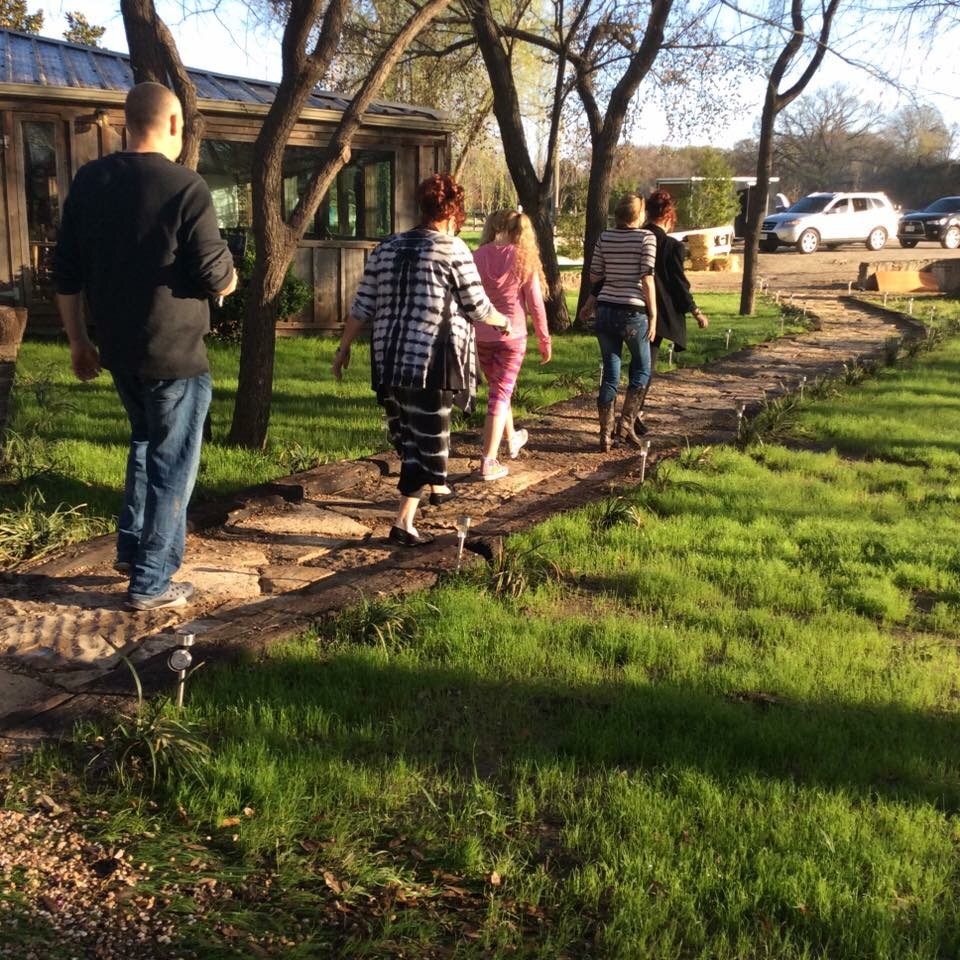 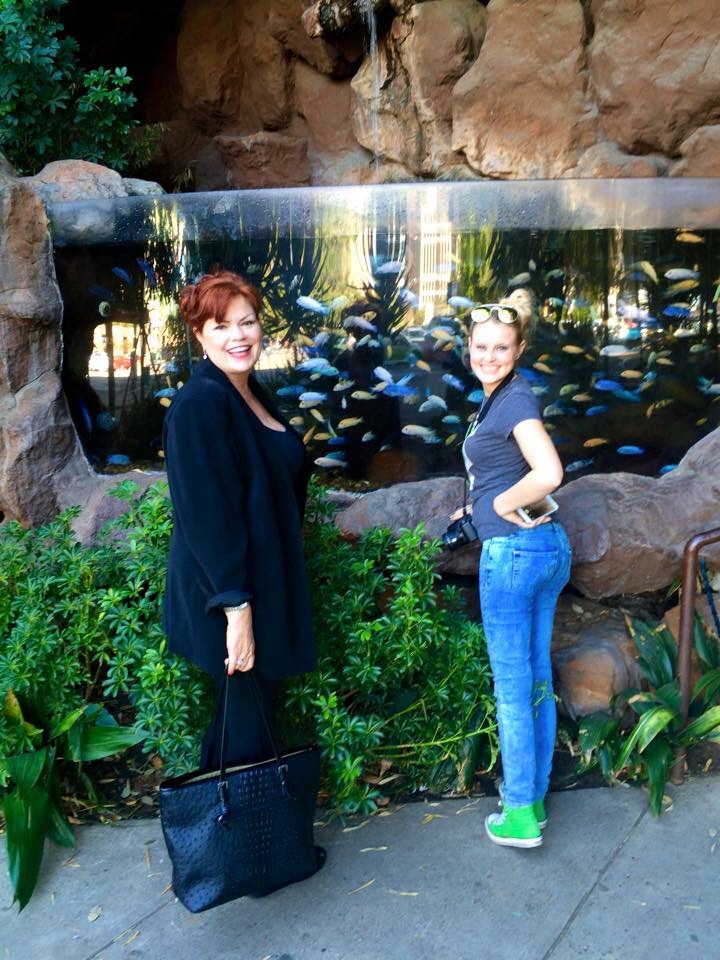 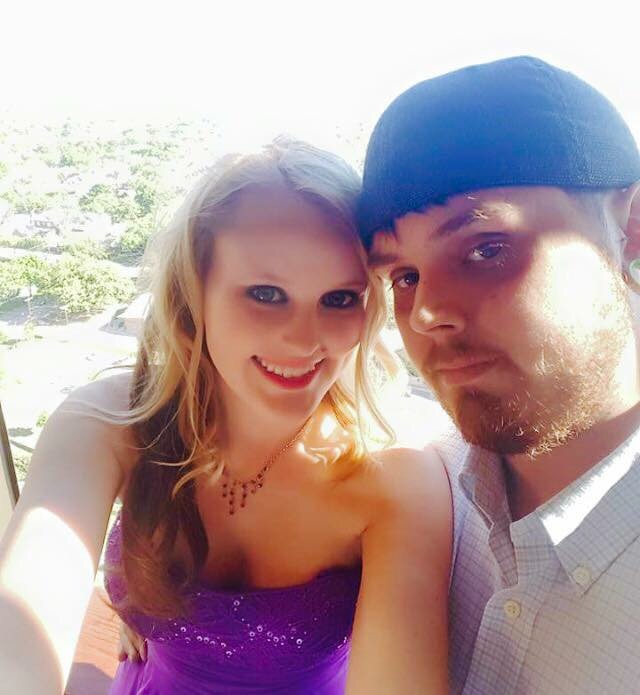 I often have a few of my team members “run and change clothes” when they are inappropriately dressed to leave my home aka WorthamWorld to an event.  Miniskirts, shorts, torn jeans & concert tshirts are strictly forbidden.  However, Pawning Planners Apparel gear are acceptable choices and let guests along with the wedding party know who we are. 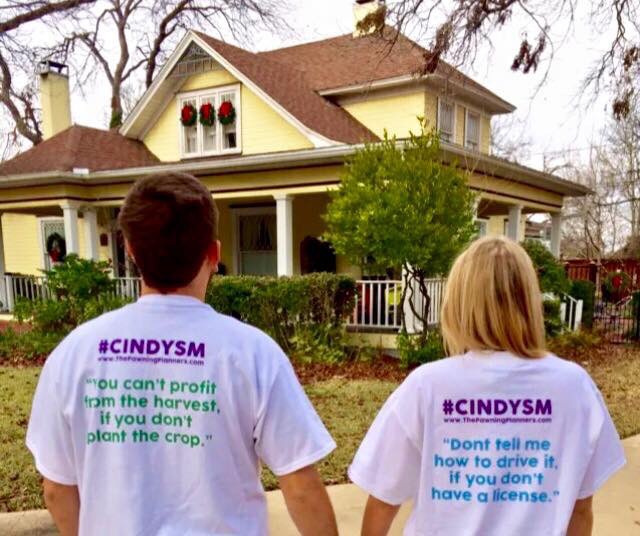 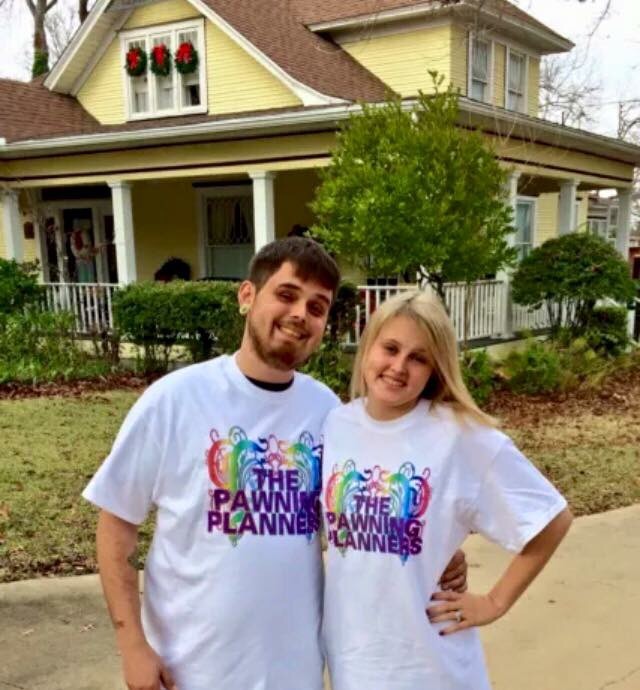 I’ve read several different opinions regarding on site drinking and strictly forbid my team drinking on location because “we are there to work not party!” Since the “younger kids” enjoy wearing tshirts, branding by wearing our own apparel created a marketing window that previously didn’t exist. 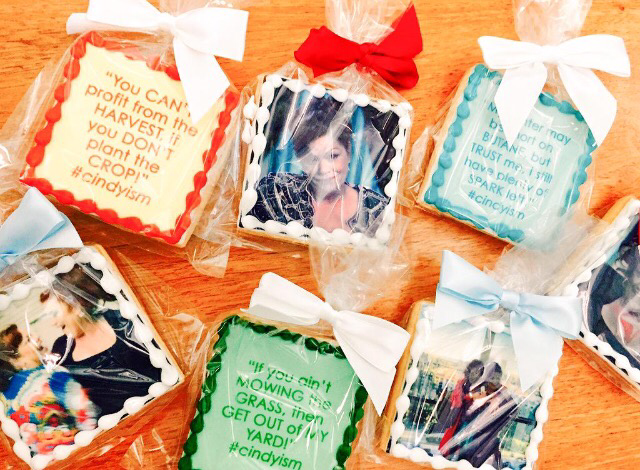 Cindy answers a lot of questions regarding her #Cindyisms.  She actually “comes up with them” from family feuding and observations of clients and their guests aka Inlaws & Outlaws.  My twin sister is a self professed Redheaded Redneck and has a rocket fast sense of humor. 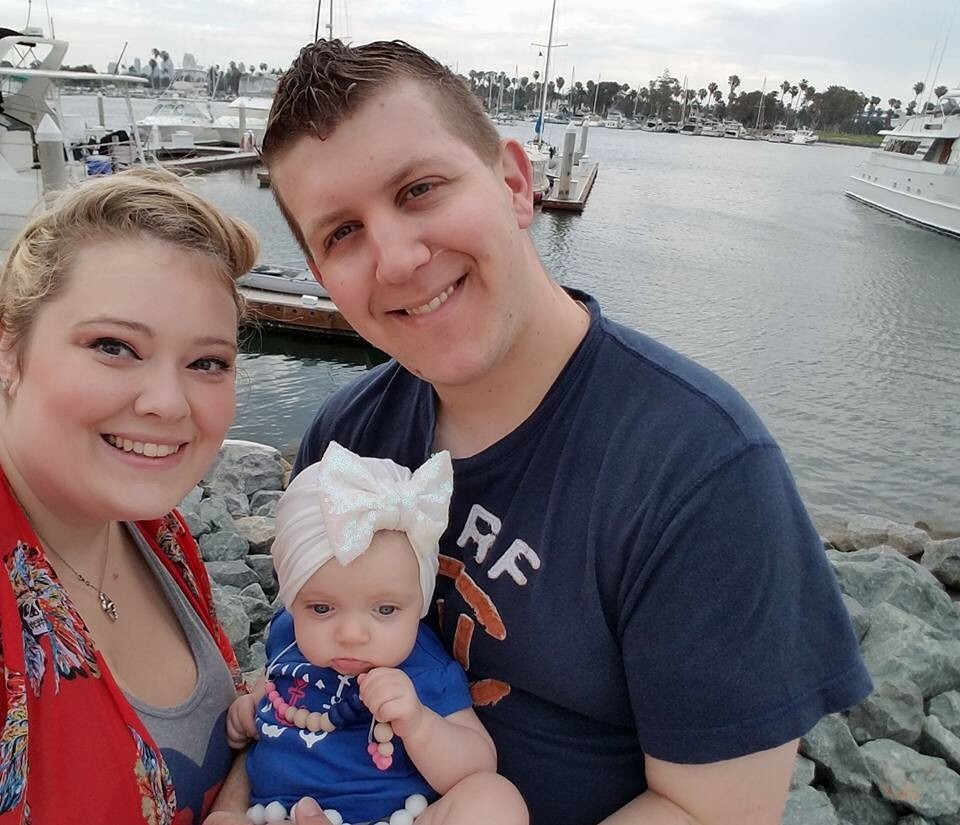 Cindy’s daughter, Leigh Ann, moved home last year to see local doctors regarding her high risk pregnancy with “Maddy.”  At the time, Cindy had her other adult daughter, Stephaney Mahaney and her GrandTwins Maryssa & Makenna already living in her 3 bedroom 2 bath house.  Based on her living situation with five females under one roof- she came up with a million new #Cindyisms from fighting over the bathroom to telling her how to cook or the lawn needing to be mowed- Cindy wrote down and tweeted her daily updates on life with everyone living with her and, Leigh Ann commandeering the hall bathroom for her own personal use with everyone using the bathroom in Cindy’s bedroom except Leigh Ann including her husband Alex when he came home from the Navy to assist in orchestrating their move to the San Diego Naval Base.Leigh Ann Blais Explains Why Riding To An Event Is Fun…Leigh Ann can’t help it, she is germophobic and suffers from high anxiety.  However, trying to get the twins ready for school while Cindy, Stephaney and Cindy’s husband Steve Daniel attempted to get ready for work was a chaotic and crazy experience. 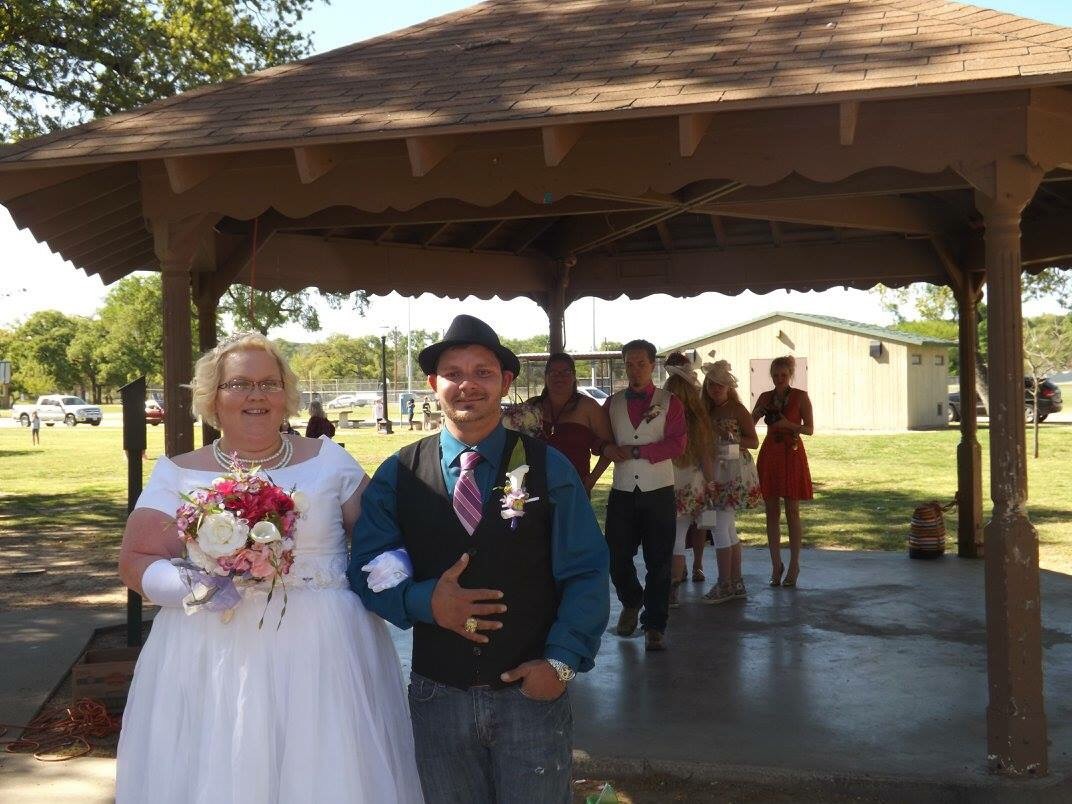 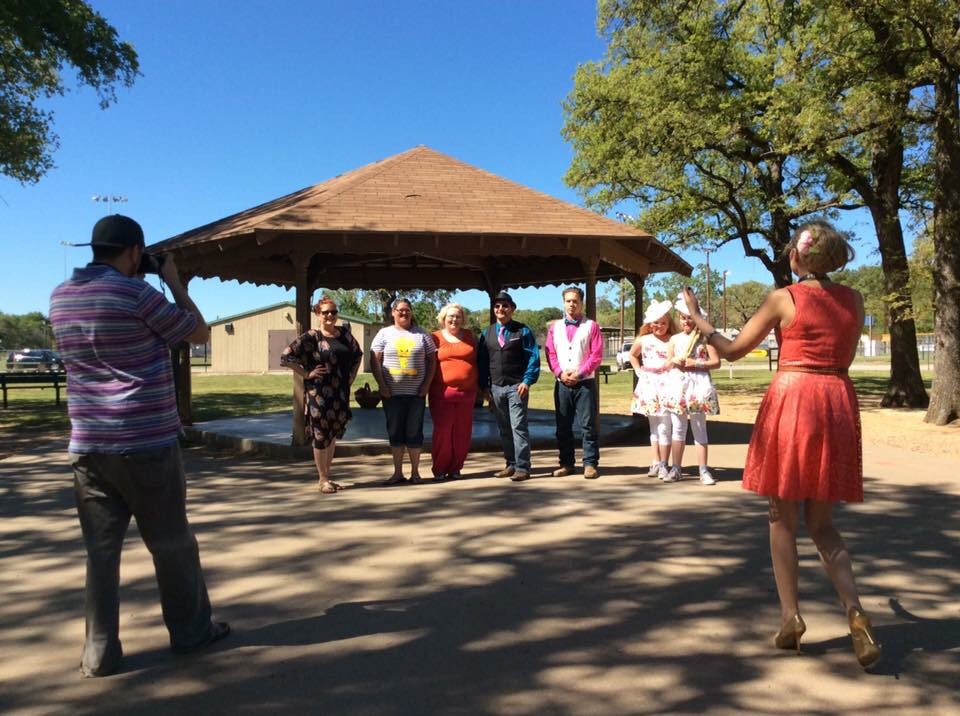 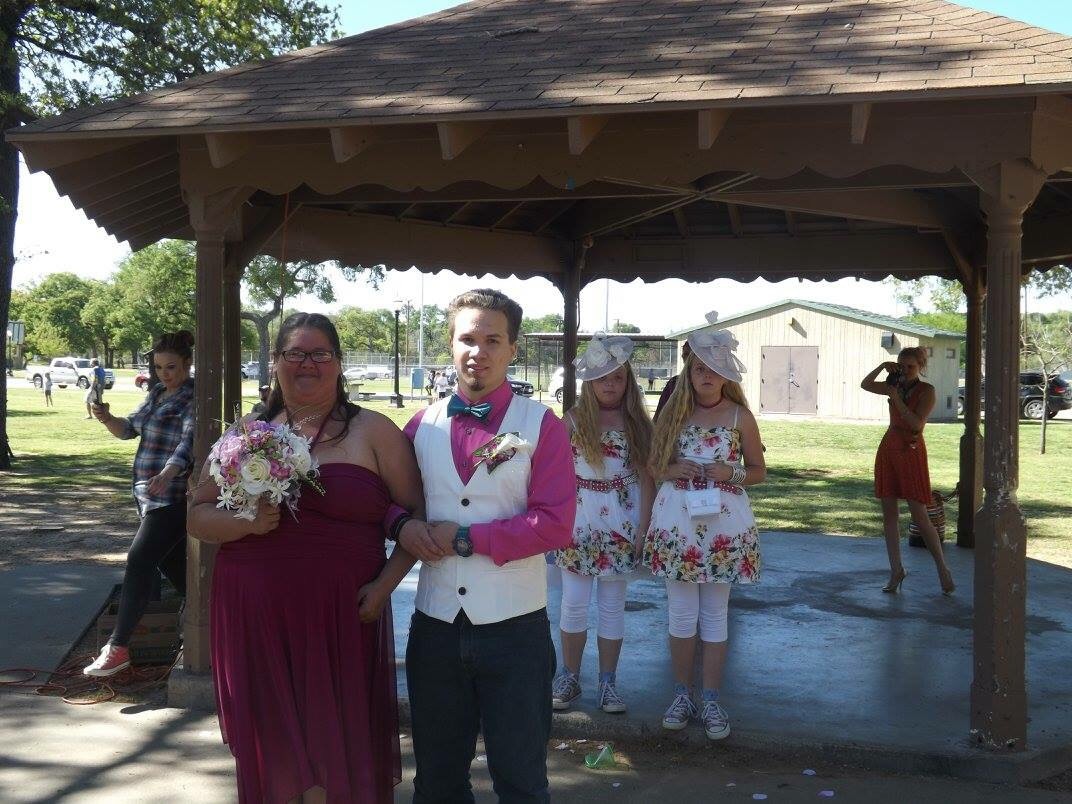 Although my niece Leigh Ann loves to go to events with us, my standard team consists of myself, my twin, our second generation twins, Stephaney Mahaney and the photography team of Robert & Stephanie Hafele which is why Cindy and I often drive both of our suv’s. 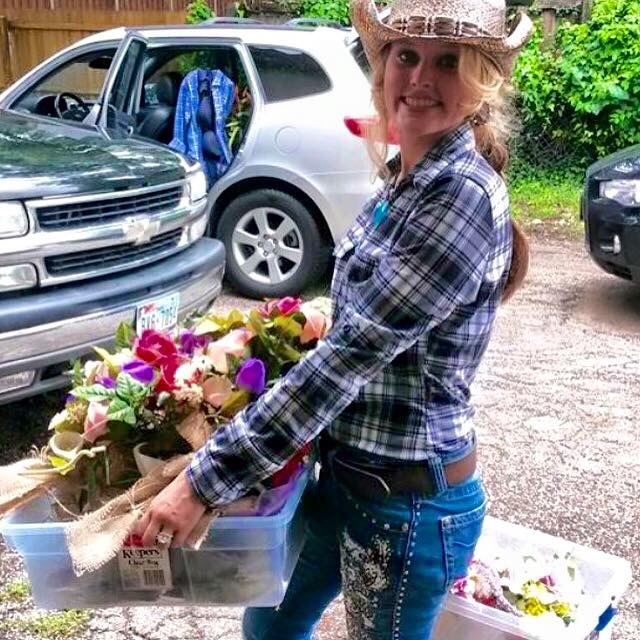 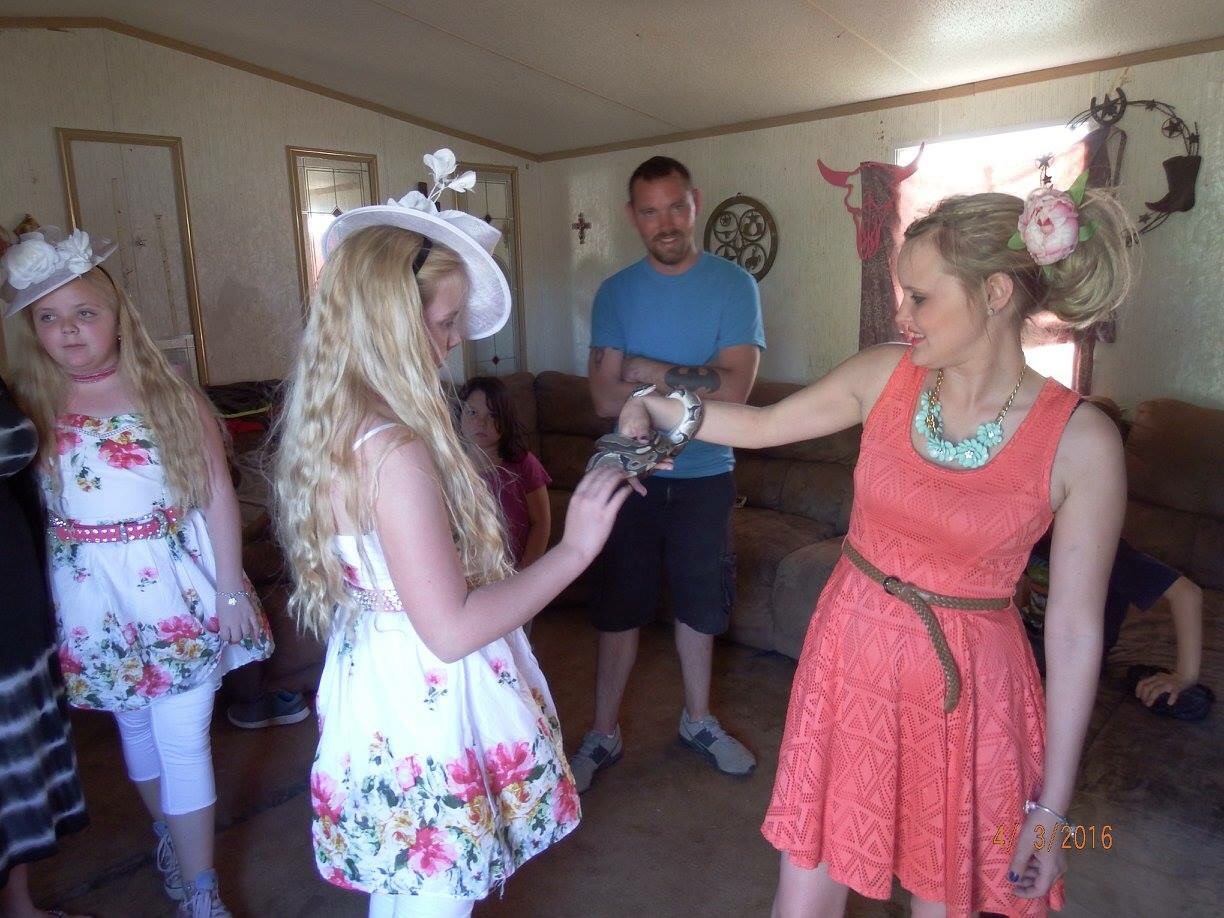 Everyone “call’s shotgun” to keep from being crammed into the second or third row with numerous crates of wedding flowers, cake stands, camera equipment  & anything else that 60-80% of my clients “borrow.” 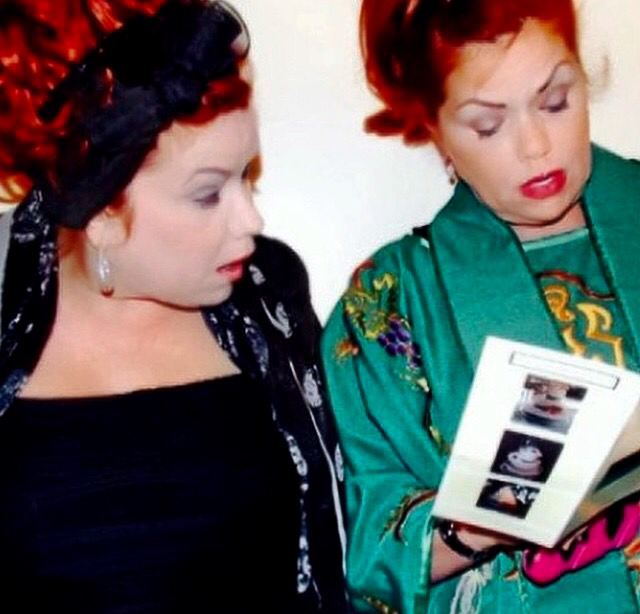 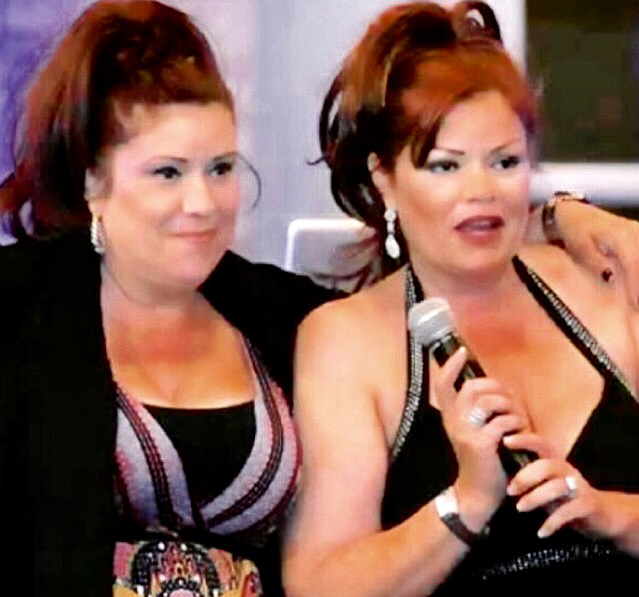 Although my twin and I rarely argue, when we do it’s generally regarding our three adult children (and my daughter in law) who ALL call us to give the reasons they are mad at so and so over this or that.

I hate discourse among my “crew” and make them kiss and make up prior to leaving for an event because I’ve got my hands full wondering what surprise awaits us at our destination.

“Going in Cold” isn’t for the faint of heart.  Public speaking and often, conflict resolution when Inlaws & Outlaws think they have a better plan regarding orchestrating an event requires that “my team” act as a friendly crew and put their petty squabbles away in order to focus on our task at hand. 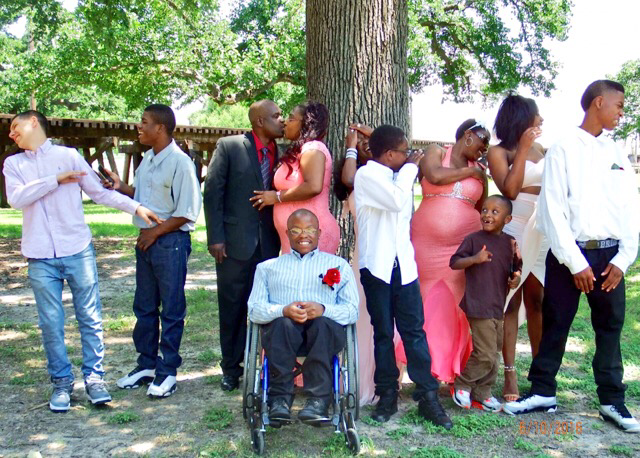 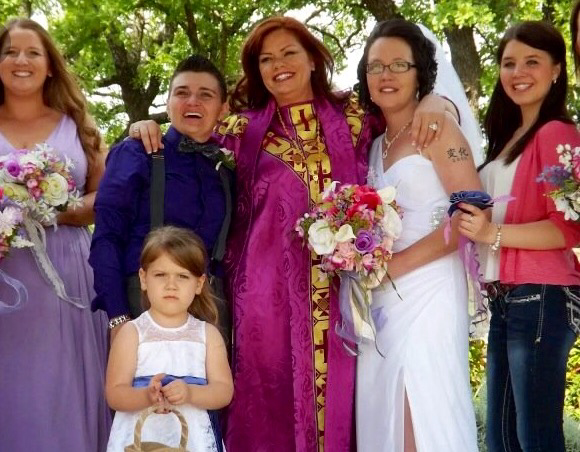 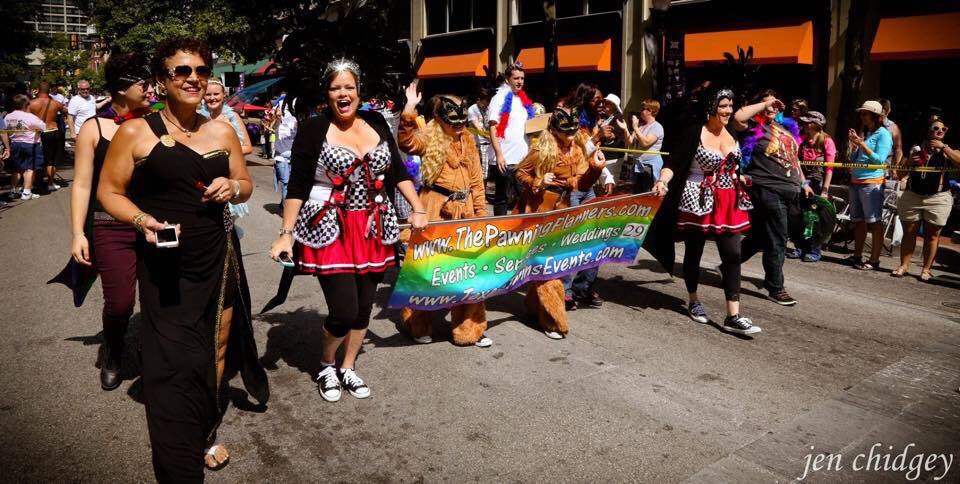 While it would be wonderful if my team could agree on everything, ask any family if that actually works and you will find that everyone has endured a “head butting” contest at holidays, events, and more.